The System of Racism and White Supremacy, Part 4

This is part 4 of The System of Racism and White Supremacy. Parts 1-3 are available if you missed them.

What about religion? Let’s start by defining it. Religion is a strong belief backed up by action. The strongest religion on the planet is the religion of white supremacy. Someone might try to deny this but they should review the definition of religion again in order to understand the fact that white supremacy is a religion. It’s a strong belief backed by action that has a god. What is the god of a white supremacist? They are their own gods. This is why they're very determined, very focused, very arrogant, and very efficient. When they get ready to do anything they have complete confidence in it. They don’t appreciate any images of a god that doesn’t look exactly like them and they consider any other images as being inferior or nonexistent.

Everything they do reinforces white supremacy. They’re not in the company of anyone, especially not Black people, unless they have this reinforcement in mind or unless they have to do so for whatever reason. The only time they show up anywhere is when it has to do with muscling other people out of their way. Even when they come in the guise of "civilizing nations", as non-white indigenous populations around the world can testify, they come with a forked tongue. They’re very, very efficient. However, I don’t want to spend anymore time on what they do, because many people are familiar with that and if you’ve read this far, you get the point. What I would like to emphasize on is what to do about it.

We have covered some critical points in this series and here’s a few more to consider. In every situation that you’re in there should be a prescribed way of handling it with precision. It’s the one aspect that has been missing ever since people have been trying to deal with racism. The racists have a code for doing everything and a lot of it is so deceptive, it’s difficult to recognize it as a code. It’s almost like magic. White people who believe in white supremacy are the most familiar mystery on earth. What’s meant by the term “familiar mystery”? It means you can look right at them everyday but you don’t know how they do what they do and how they control everything, even when they’re half drunk. How do they do this? They do this because they have a code and they don’t violate the code otherwise the entire system would fall apart.

A breakdown of this code is how the white racists use their time and energy. If a white person believes in racism and white supremacy (many white people do including the most powerful and smartest ones), and they walk into a situation the first thing they think is, “I’m a white person and I’m supposed to be in charge, drunk or sober, I’m supposed to be in charge. It may not start out that way. I may have to keep a low profile, observe my surroundings, and the people in those surroundings. But at some point, I’ll have to let these non-whites know that I’m the boss and I’ve got to do that or die. No other scenario will work. I don’t have a reason for living except to be in charge.” That’s what they do and that’s what they have done, which is why they’ve been successful at creating that illusion. 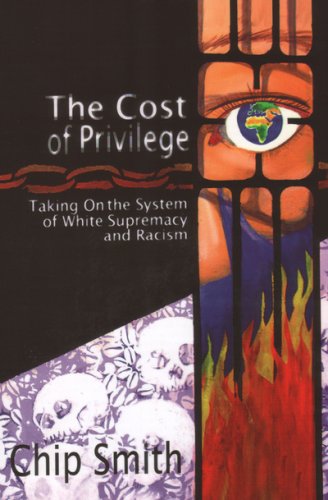 Calling For Back Up

Placing this concept under the nine areas of activity using economics we arrive at the use of how white supremacists use their time and energy. When white men are on a golf course, it looks like they’re just playing golf. That's because they are playing golf, but they’re also discussing running the world, if they're white men who believe in white supremacy. Again, I want to emphasize not all white people are racists because it can’t be proven that even one white person is a racist, if you're a Black person. Anyone who has ever tried it found this out. How can a Black person prove it? They must get another white person to verify it because getting another Black to prove it won’t work. That just goes to show you how awesome the system of racism and white supremacy.

If a Black person calls a white person anywhere on this planet a racist, other than at gunpoint, you better get a white person to back you up. Otherwise, you’re out there on your lonesome and you’re going under because the system of white supremacy (the white code) doesn’t allow that to happen. If every Black person could point their fingers at the white people who they say are racist and have consequential actions taken against the racists with no white person backing it up, millions of Black people would do that. The white supremacy system would be out of business in a matter of minutes. That’s why white supremacists can’t allow that to happen.

Continue to part 5 of The System of Racism and White Supremacy.