The Ten Most Dangerous Marathons and Ultra Marathons

The Road to the Ultra Marathon

It starts out with a little jogging, which leads to a daily run.

The next thing you know, you're celebratin

Then it's on to a 10 K, and then other. Now it's time to train for the first marathon. After the first one, there's another and another, each one tougher than the rest.

For some athletes there is always the drive to meet and better personal challenges.  Many will go on to become ultra marathoners.

Below is a list of the ten toughest and most dangerous extreme races.

It's important to remember these are well organized races with strong support staff including medical personnel. They can be dangerous for people without the fitness level required to meet the challenge. They can be dangerous for people who cannot be self sufficient because in some of these races, competitors can spend long stretches of time in complete isolation. Most of these races are held in extreme temperatures and in difficult terrain.

They are for the truly fit and not for the faint of heart. If that's you, maybe you'll find the perfect challenge here.

(Thanks to everyone who made these breathtaking videos.) They are amazing to watch, even if you never plan to lace up your sneakers.

The Marathon Des Sables is a six day stage race across the Sahara Desert in Morocco.  The race covers 151 miles (240 kilometers), which is the equivalent of running a marathon a day for six days.

Competitors must be self sufficient carrying everything they need, except water. They are given a spot in a tent at night to rest. Temperatures on the course can top 130 degrees Farenheit (50 Celcius)

The Marathon Des Sables - The Toughest Foot Race on Earth

Both races start at the Arctic Circle, in the Yukon and cross into the Northwest Territories with the longer race continuing to the banks of the Arctic Ocean at Tuktoyaktuk.

All competitors must be completely self sufficient and carry or pull all their food and survival gear. Temperatures can easily drop down well below -40 degrees and the route is very isolated in stretches.

This race is far from a marathon. In fact, it is only 3.1 miles (5 kilometers) in length. However, it has the word Marathon in it's name and it's certainly dangerous.

Competitors start in downtown Seward, Alaska and run straight up the mountain. It's 3022 feet or 921 meters high. Then they run straight down. There are no marked trails and runners can choose their own path.

66-year-old Anchorage resident Michael LeMaitre, vanished without a trace and his body has never been found in the rugged terrain.

The Mount Marathon Race is believed to be the second oldest foot race in America.

It's billed as the Toughest, Wettest, Hottest and Most Beautiful Ultra Race in the World.

The Jungle Ultra is a five stage race covering (230 kilometers) from the Andes to the Amazon.

Competitors must be self sufficient and carry their own hammocks, food and supplies. Water is available at checkpoints.

Humidity reaches close to 100% in the jungle so competitors will be wet for much of the final stage of the Jungle Ultra.

This race runs through the Himalayas with some of the most breathtaking scenery of any Ultra.

Support vehicles travel with their runners due to the extreme isolation. Temperatures can be warm during the day and drop well below freezing at night.

The biggest challenge is the elevation. The race starts at 10,700 feet (3,000 meters) Competitors run up and down four large mountain passes with a cumulative climb of 16,000 feet (4,800 meters) All this is done with oxygen levels that are roughly 2/3 of those at sea level.

There's a reason they call it LA Ultra The High.

Each year elite runners and adventure racers take part in the Badwater Ultra Marathon, and it's not because it's easy. In fact, the race has long been considered one of the most grueling in the world.

The race must be completed in one stage and all runners must be accompanied by a support vehicle.

The Badwater Ultra Marathon is bad, but cool in a Forest Gump kind of way.

This race is run over the ice covering the Arctic Ocean and ends at the geographic North Pole. It offers individual and team challenges.

There's also a marathon in Antarctica which means runners can chalk up a finish on every continent.  You can learn about the Antarctic Ice Marathon here: http://www.infobarrel.com/Things_to_do_in_Antarctica

So, put on your Santa Suit and head on up to the North Pole Marathon.

The Spartathlon covers 153 miles (246 kilometers) between Athens and Sparta.

There are 75 check points along the route which crosses, amongst other things rough trails and vineyards.  Temperatures can range from scorching hot to below freezing.

The Spartathlon is so difficult that only a one third of the competitors are able to complete the course before the 36 hour cut-off.

The Tahoe Marathon is three separate marathons in three days and much more. There's also triathlons, bike races and competition for all ages and fitness levels.

If one marathon on Friday isn't enough, also register for the run on Saturday. Still want more? Sign up for all three.

Still not enough? Don't go to bed Saturday night and get started on the 72 miler. It starts at 10 pm and runs all the way around Lake Tahoe before entering Sunday's marathon course.

You can do the 72 milers separately or combine it with the earlier marathons.

One of the nice things about the Lake Tahoe Marathonis that if offers challenges for a wide variety of fitness levels.

The Great Wall of China Marathon

This may be the marathon for you, but these aren't the nice stairs you've trained on at home. Many of uneven and chipped and unevenly spaced so it's difficult to get a good pace going.

You may also encounter a bottle neck at the narrowest part of the wall where only one person can go through at a time. You'll also experience a challenging and breathtaking descent into the valley below and a run through a local village.

It's challenging, but how many people can say they have conquered the Great Wall Marathon? 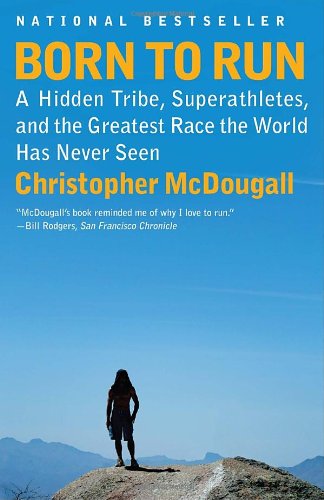 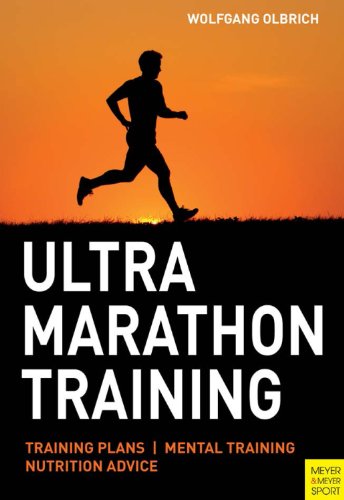 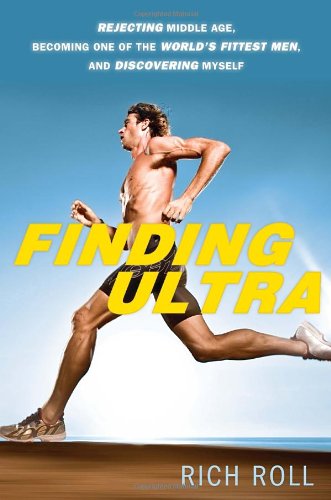 Finding Ultra: Rejecting Middle Age, Becoming One of the World's Fittest Men, and Discovering MyselfAmazon Price: $25.00 $13.67 Buy Now(price as of Jun 29, 2013)
Next >> Origins of 7 Sports Traditions