The Third Man - A Noir Classic 'The Third Man', directed by Carol Reed, is considered a masterpiece of classic noir, undoubtedly due to the cinematography. The extremely stylized camera techniques used by Robert Krasker truly lure the audience in, making this one of the most memorable and captivating films of 1949.' The Third Man' features starks images of a post-war ravished Vienna, complete with desolate streets. Through the use of garish lighting techniques and distorted camera angles, 'The Third Man' is one of the most artistic and revered uses of cinematography.

The collaboration between Carol Reed and Robert Krasker on the Third Man’s cinematographic plan was extremely deliberate and wonderfully executed. The oblique camera angles through out the film let the audience experience a world that is literally and figuratively tilted or ‘off’, a world where things aren’t exactly as they appear. 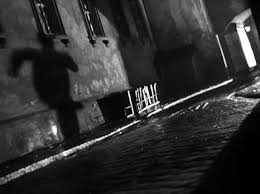 Such extremes appear in the lighting of 'The Third Man', as in the cemetery where everything is so bright and well pronounced. 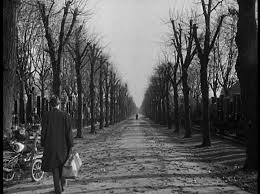 Immediately following is the extreme opposite, in the infamous chase scene that takes place in the dimly lit sewers of the Vienna underground, with an ever so slight backlighting that is reminiscent of many film noir classics.

Krasker seems to film every frame at a perfect angle, depicting the character in a way so deliberate, it almost seems natural. In the first bar scene with Holly and Major Calloway, Krasker frames Holly’s face in such a way that it brings out a sense of innocence, making him appear somewhat heroic, a character to be idolized. 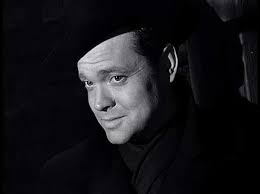 It is these qualities that the camera’s point of view emphasizes, a world that is viewed by Holly Martins. It is from this character’s perspective that film is meant to be seen. Again, an extremely deliberate move based on the collaboration between Reed and Krasker. It is with out a doubt, that this partnership is what made this film such a mesmerizing sight that contributed to the winning of several awards.

Taglines: Hunted by Men! Sought after by Women!