By Chase
May 15, 2013
0 Shares
0
0
0
0
0
With 9 professional teams in the big-4 of sports (basketball, baseball, football, hockey) New York has seen both its share of tremendous and downright putrid sport seasons.  When a team like the Yankees gets hots and starts pulling out a winning streak, it seems like that's the only thing on the mind of the roughly 8 million residents of the New York City area.  Likewise, if you're traveling upstate, you aren't able to go more than 5 houses before seeing another flag showing allegiance to the Buffalo Bills.
However, if you talk to fans of a specific sport team, you'll notice an interesting trend: many don't recognize or give much credit to opposing New York team's success (ask a Jets fan what they think about the Giants' Super Bowl win a couple years ago).
With so many great teams and fans in the New York area, we wanted to target one specific question: What was the best New York sports team over the past 25 years?  This article will cover the top teams from 10 to 1, and hopefully give us an undisputed answer.
For this countdown we will be covering the time period of 1988-2012.

The Sabres went into the '98-99 season coming off a successful '97-98 campaign where they made it all the way to the conference finals.  Led by Dominik Hasek in goal, and Miroslav Satan, the Sabres started out hot, including a 17-3-3 stretch.  After this, the Sabres leveled off, winning only 37 games and limping into the Eastern Conference playoffs as a 7 seed.
There, the real magic started as they swept the #2 seed Ottawa 4-0, and  followed that up by crushing the Boston Bruins 4-2.  In the Eastern Conference Finals, the Sabres cruised by Toronto 4 games to 1, and were on their way to the Stanley Cup Finals.
The Finals are best remembered by the phrase "No Goal" as Buffalo was eliminated by Brett Hull and the Dallas Stars in a 6th game that will be forever known for Hull's skate being present in the crease while slipping the winning goal past Hasek.  This has been called one of the worst officiating calls in sport's history, and is still argued in Buffalo sports bars today.

The '98 Jets went into the season with high expectations, signing Curtis Martin in the off-season, and going into Bill Parcells' second season with the team.  After beginning the season 0-2, the Jets won 12 of their last 14 games, winning the AFC East division title and securing a first round playoff bye.
On January 10, 1999, the Jets intercepted Mark Brunell 3 times in securing their first playoff win in over 10 years.  However, the team fell the next week to the Denver Broncos in a game where they turned the ball over 6 times.

Coming off of the loss to the Giants in Super Bowl XXV, the Bills had high hopes going into the 1991 season, and did not disappoint.  The team ran through the regular season with a 13-3 and set multiple team records on offense. Running Back Thurman Thomas rushed for over 1400 yards, had over 600 yards receiving, scored 12 touchdowns and was named NFL MVP.
Once in the playoffs, the Bills ran through the Kansas City Chiefs 37-14 before sneaking by the Broncos 10-7 to make their 2nd consecutive Super Bowl.
Their Super Bowl appearance was again unsuccessful, with the Bills losing 37-24 to the Washington Redskins.

The Bills had a tremendous '90 season, compiling a 13-3 record that included a perfect 8-0 mark in home games.  They did it on both ends of the field, leading the league in scoring (428 points) while holding teams to 10.3 points per game.  Bruce Smith was named the Associated Press Defensive Player of the Year for his efforts that included 101 tackles and 19 sacks.
In the playoffs, the Bills beat the Dolphins 44-34 at Rich Stadium (now Ralph Wilson Stadium), before crushing the Raiders 51-3 in the Conference Finals.  In the Super Bowl, the Bills faced the New York Giants, in a game known best for "Wide Right", a missed field goal that will forever haunt the franchise.  This Bills team has been recognized as one of the top teams of all-time that did not win the Super Bowl.

The Giants did not have a particularly strong regular season, finishing with a 9-7 record.  However, they won when it  count, including a do-or-die game against the Dallas Cowboys that determined which team was going to make the playoffs.
The playoffs is where the Giants really turned it on, and after crushing the Falcons in the first round of the playoffs, the Giants beat the #1 seed Green Bay Packers in Lambeau 37-20.  Next, the took out the #2 seed San Francisco 49ers in overtime before facing the New England Patriots in a rematch from the 2007 Super Bowl.  The end result was no different as the Giants prevailed 21-17, with Eli Manning being named game MVP.
Their inclusion in this list highlights the ultimate conundrum for these rankings.  How much weight should a team's regular season have when judging their success, especially if the team won the league championship? 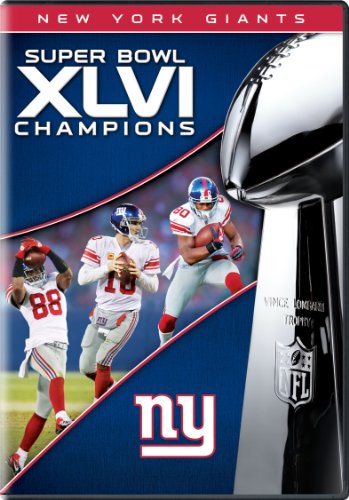 The Knicks, led by Hall of Fame center Patrick Ewing, had a spectacular 92-93 season, finishing with a 60-22 record, which was the most wins for the franchise since the 60's.
The team won their first 2 playoff series by a combined 7-2 record, but lost to Michael Jordan's Chicago Bulls in the conference finals.
Despite the disappointing finish to the season, they were rewarded with a few individual awards:

The Rangers had a great regular season, putting up a 52-24-8 record and setting a franchise record with 112 points.  They were led by Sergei Zubov and Mark Messier, who had joined the team 2 year before from the Edmonton Oilers.
After beating up on the Islanders and Capitals 4-0 and 4-1 to start the playoffs, the Rangers were pushed to 7 games by the New Jersey Devils, ultimately prevailing with a win in double-overtime.
In the Stanley Cup Finals, the Rangers were again pushed to 7 games by the Vancouver Canucks, pulling off a memorable victory to bring home their first Cup in 54 years. 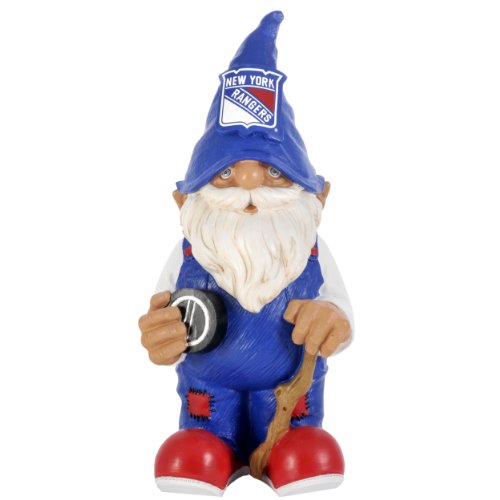 The Yankees started the '09 season with a new stadium, and plethora of new players including CC Sabathia, A.J. Burnett and Mark Teixeira.  Their regular season saw them pull off 103 wins, en route to winning the AL East, and ultimately the American League pennant.
After sweeping the Twins to start the playoffs, the Yankees beat the LA Angels of Anaheim in 6 games to win the pennant.  In the World Series, they defeated the Phillies 4 games to 2 to win their 27th title.
This Yankees World Series victory broke their 9 year drought and multiple disappointments over the prior seasons. 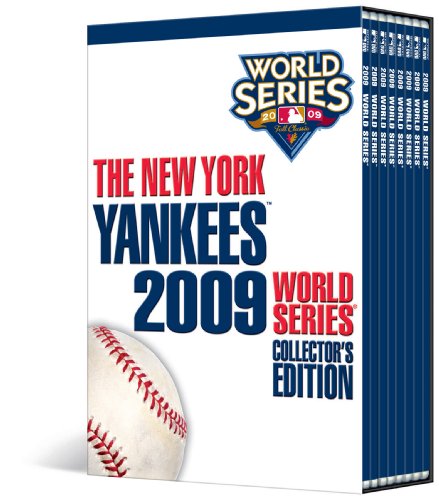 The Giants started off the '90 season hot, winning their first 10 games en route to a 13-3 regular season record.  The defense, led by linebacker Lawrence Taylor led the league in least points allowed, and the team set an NFL record by only committing 14 turnovers during the regular season.  After this successful regular season, six Giants were voted into the Pro-Bowl.
During the playoffs, the Giants crushed the Bears 31-3, before sneaking by Joe Montana and the 49ers 15-13.  In the Super Bowl, the Giants beat the Buffalo Bills 20-19 in a game that was highlighted by the Bills missing the winning field goal late in the contest
In 2007 ESPN named the Giants the 6th best defensive team of all-time.  This, along with their Super Bowl victory make the Giants the 2nd best team New York has seen over the past 25 years.

And finally, we find the Yankees 1998 team as the best in New York over the past 25 years.
The Yankees regular season was one for the books, as they put together a 114-48 record, which was the record for regular season wins at the time.  They won the AL East by 22 games over the Boston Red Sox, and had New York expectations heading into the playoffs.
Once in the playoffs, the Yankees did not disappoint, sweeping the Texas Rangers in 4 games, and beating the Indians in 6 games to win the AL pennant.
In the World Series, the Yankees swept the Padres to complete their unbelievable run.
From an individual perspective, Joe Torre was named the Associated Press Manager of the Year, and Bernie Williams won the AL batting title. 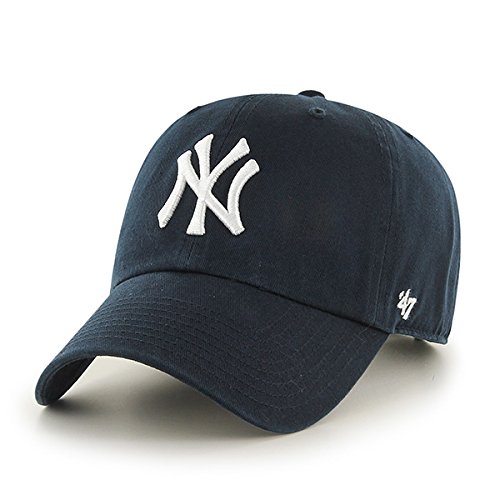 So there you have it, the top 10 teams from New York over the past 25 years.  Out of the 9 professional teams, 7 made this list, with the exceptions going to the New York Mets and New York Islanders.  I'd like to hear what other's think about this list.  Do you think teams should be judged more for a great regular season, or is winning the title all that matters?  Are there any notable exceptions that instantly come to mind?  Thanks for reading!
Next >> Origins of 7 Sports Traditions