The Part of the Show Every Kid Looked Forward To!

If you've watched Star Blazers back in the day (or even today on one of the various anime networks or even YouTube), then you can appreciate the part of the show where the Star Force determines that it's time to fire the "Wave Motion Gun".

The way the gun was said to operate, was by connecting the spaceships wave motion engine, to the huge firing gate at the spaceship's bow, and channeling all the tachyon energy forwards in one gigantic shot.

The power of the shot was so great that it could wipe out an entire enemy fleet all at once, and there may have even been one episode in which the Star Force tested the wave motion gun on a deserted planet, and obliterated it.  The downside of firing the gun (for the Star Force) is that it left them immobilized for a short time, while the ship regained enough power to use its engine for propulsion again.

"Thats No Moon, Its a Space Station!"

Who can ignore the Death Star from Star Wars?  Not particularly fast or agile, it had a commanding presence on the screen.  It was slow moving, dark, and enormous.  It was assumed impossible to destroy.  And it could vaporize an entire planet in one shot of it's superlaser.

Nobody can forget the scene in "Star Trek II: Wrath of Khan" where earwig-like creatures were placed in 2 Starfleet officer's helmets, and then we had to watch as those disgusting things crawled into the officer's heads through their ear canal.  Yuk!

But the other thing that Star Trek II had was the Genesis device.  Although in the movie this device was designed to create new life (terraform a dead planet into a living paradise), in the wrong hands, the device could be used to wipe out all existing life "..in favor of it's new matrix"

Eventually Khan gets his hands on the device, and in one last-ditch effort to beat Captain Kirk, Khan initiates the countdown.  The resulting explosion chases after the Starship Enterprise as it speeds away from the explosion at warp speed, barely outrunning the shockwaves.

"One of These Days, You're Gonna Land on Something That's Harder than You!"

If you've played Halo, and enjoyed the backstory, then you'll appreciate remembering the point in the game where you learn that the gigantic ringworlds (Halos) were actually superweapons designed by an alien species, with the ability to destory all life in the known galaxy.  Why would a species want to do something so drastic?  Because there was another alien species called the Flood, a parasitic organism' that could infect and control any biological organism from any race in the galaxy.  Boom.

Halo: The Fall of Reach 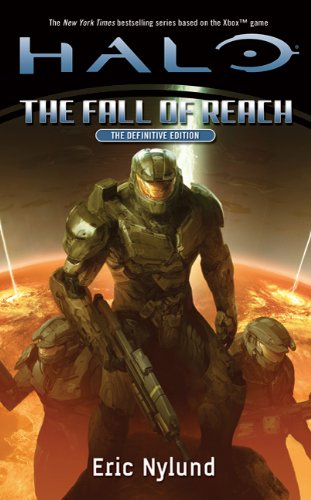 "Your Bargaining Posture is Highly Dubious"

Transformers are pretty much the toy of the 80's.  What kids didn't ask for Transformers for their birthday and for Christmas?  So then when the motion picture came out "Transformers:  The Movie", what kid didn't have his jaw drop when Unicron hit the screen, transforming and start clawing the planet Cybertron to pieces???  Unicron was the baddest Transformer of them all, and when voiced-over by Orsen Welles, you had the ideal villan for any story.