The Top 8 Surf Spots in California

Since the days of the Beach Boys and the iconic surf films that came out of Hollywood in the early 1960’s, California has come to be associated with beach culture and surfing not only as a sport, but as a lifestyle. And with good reason—California is home to some of the best surf (not to mention some of the best weather) in the world.

With over 800 miles of coastline, there is every kind of surf imaginable no matter what your skill level or surf style preference, from long boarding to high performance short board ripping. There are highly popular and well known places, and other spots that remain a secret due to being on private land that is inaccessible to the public.

Because of the shape of the California coastline, right point breaks are most common. In San Diego County, the best season for surf is during the winter when west and north swells can get in around the Channel Islands.

In Orange County, summer and fall finds the best wave conditions on south and southwest swells. Further north in Santa Barbara and Ventura Counties the north, northwest and west swells in fall and winter make the area come alive with surf.

Surf Spots in California, Going from South to North

Black’s Beach, San Diego—Officially part of Torrey Pines State Beach in La Jolla, Black’s is known as much for its distinction as a clothing-optional beach as much as for its famed surf break. A submarine canyon reef bottom makes for some of southern California’s most powerful surf, known for its fast, hollow A-frame lefts and rights. This is a wave for experienced surfers, not beginner or intermediates.

Swami’s, San Diego—Actually, Swami’s is located in Encinitas in North County San Diego. It’s named for the guru Swami Paramahansa Yogananda and is also famous for an ashram established at the location in 1937. A reef break composed of large barnacle-covered boulders and rocks, Swami’s is a long right that can be treacherous at low tide, when it breaks best.

However, it can be very good at a mid-tide, or even at high tide on a big day, and it likes a west or northwest swell the best.

Trestles, San Clemente—Trestles is not actually one single spot, but a collection of breaks all known collectively as Trestles. Uppers, Lowers, Middles, Church, and 5-0 all comprise Trestles, with Lowers being the most famous of the breaks.

They are all point breaks that work best at a mid-tide, but Lowers is best known for its juicy, hollow barrels (which is why it is one of the sites of the ASP pro tour as well as other high profile surf contests).

Huntington Pier, Huntington Beach—A beach break on both sides of the pier, HB pier is notorious for its crowds and prevalence of surf stars who surf there regularly. Some people say there is no better place for tubes in Orange County, but that’s debatable. However, the fact that it’s a smokin’ hot wave meant for only the best surfers is undeniable. Because of the level of talent typically there, it is not for the faint of heart.

Malibu—Even non-surfers know about Malibu, thanks to Hollywood. Famous for its long, peeling right point break, Malibu is a world-class wave (if one of the most crowded waves in the world) that works even when smaller than 3 ft. It’s a fast, fun wave that can accommodate long or short boards on small days, but is better for short boards when the surf is bigger.

Rincon, Ventura County—A lot like Malibu because it’s a long right point break. This surf spot is far enough off the beaten path to leave the crowds behind, at least during the week. Rincon breaks best at mid to high falling tide on a north or northwest swell, and like most California breaks prefers a northeast or east wind (offshore).

Steamer Lane, Santa Cruz—The further north you travel on the coast, the colder the water gets. By the time you get to Santa Cruz (which is about 70 miles south of San Francisco), water temperatures are a good ten degrees (Fahrenheit) colder overall than the breaks down south.

Like Trestles, Steamer Lane is comprised of several different breaks (Indicators, Middle Peak, The Slot and The Point), and also like Trestles they are world-class waves for only the most well-seasoned of surfers. It’s rideable even at 15 feet and bigger and is known to break on any swell at any size, and is sometimes the home of the ASP Coldwater Classic.

Maverick’s surf spot - Half Moon Bay—This wave was virtually unknown until a couple of decades ago, but has since has become an epicenter for big wave surfing. It can be surfed as big as 50 feet, and has been surfed bigger than that. Icy water temperatures, a perilously shallow reef and the immense bone-crushing power of the wave make it one of surfing’s most awe-inspiring spots.

It was Jeff Clark, a local, who discovered this spot. However it was still a secret spot from when he found out about it, right up until 1990 - This is when he asked a couple of surfers to join him, and the rest is history. Maverick's is a wave to be respected by both amateurs and professionals. Mark Foo, a professional big wave surfer lost his life here in one of the massive onslaughts. It is definitely not to be taken lightly.

Looking at all these options, you really can't say what the best surf spots are in California are. We can say one thing - and that is that there is really something for everyone, from big wave riders to people who want to learn the basics. In addition to that, when you are not paddling out over the white wash to find the perfect wave, there is definitley a lot you can keep yourself occupied with. You don't need a tour guide to help you out here, the options are endless. 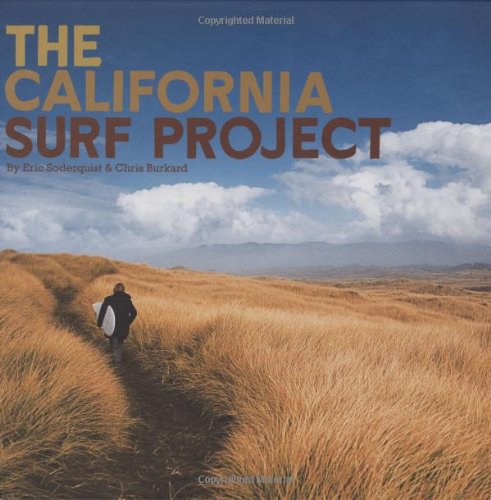