The Top Mistakes that are Making Your Mobile Bill High

Want to know why those mobile bills that you're getting are so high? There are some common mistakes that people often make that lead to expensive mobile bills. And if you've made one of these mistakes, you might be paying too much for your phone service. Fortunately, many of these mistakes are fixable. So, if you think that you're paying too much, see if any of the reasons below apply to you...

Lots of people are tempted by the thought of a nice new mobile phone for free. That means that rather than buy mobile phones themselves, many people sign incentive contracts with mobile operators. Not only is that incentive contract raising your mobile bills, but it's also not a great way to save money in the long term. The phone you get isn't free, you're actually buying it in instalments. Your monthly bill is higher than if you just bought a normal service contract, because it also contains an instalment payment on your phone. Plus, when you add up all the instalments you pay, you'll find that you're paying more than the retail price of the phone. Unfortunately, once you've signed an incentive contract, there's not much to do. In general it's best to buy mobile phones yourself, and then just sign a SIM only contract for service, so remember this next time...

All mobile contracts come with calling plans. These are the set of monthly limits for the amount of text messages, mobile data and calling minutes that you can use for your monthly fee. And the wrong calling plan is costing you money. Here's the deal, imagine that you have a calling plan that includes a hundred text messages. If you send a hundred text messages in a month you pay your regular monthly fee, and all is good. However, if you send one text message in a month, you still have to pay exactly the same monthly fee, which means that when your calling plan is too big for you, you're wasting money paying for services that you're not using. And if you send a hundred and fifty text messages in a month, you not only have to pay your regular monthly fee but you also have to pay premium rate charges on the extra fifty messages that you sent. That means a plan that's too small is an equally bad idea. Take a look at your mobile bill and see how much of your calling plan limits you're using, and whether or not you should change to a smaller or bigger plan. Many operators will let you change your calling plan, though they might charge a small fee. This fee will be worth paying if you're going to get savings on a different plan.

By far the commonest part of a calling plan that people break the monthly limit on is the mobile data part. This is because you're relying too much on 3G data connections. These days most cities have WiFi hot spots, and many homes have a WiFi receiver for home internet use. Wherever possible, you should be switching to a WiFi signal to get your mobile internet. This will give you faster internet speeds. But not only that, using WiFi does not count towards your mobile data limit. Connecting to WiFi wherever possible will make sure that you're using as little of your data limit as possible.

You don't only have to use your calling plan's minutes and texts for connectivity. Many people nowadays use free web based apps for calling and texting. You can download apps like Skype, Viber or WhatsApp for free to install on your phone. You then use these services for calling or texting anyone in your contact list that has the same app, for free. This means that you're not using your plan's minutes and texts. And whilst you are using a little of your data plan, you're really not using much of it, and you can always connect over WiFi.

Most people these days just sign a mobile contract, but pay as you go options are still available and for many people they're a good choice. Pay as you go plans mostly benefit light phone users, those who use less than ten calling minutes a week, send only three to four texts a day and who only use mobile data for casual browsing and emailing. These people rarely use up the large calling plan limits on contracts, and so benefit financially more from pay as you go since with these plans you only ever pay for services that you actually use. Another group of customers that might benefit from pay as you go are those who rarely use 3G, preferring WiFi wherever possible. These customers shouldn't have to pay for contracts that include 3G data plans, and would probably do better just using pay as you go for calling and texting and getting their WiFi for free.

Finally, the last reason that many people have big mobile bills is because they're still with the same operator that they signed their first mobile contract with. Because there's so much competition on the mobile phone market, operators offer plenty of special deals for new customers. This is to encourage customers to sign contracts with this operator rather than one down the street. However, once you're already signed up, those deals disappear. Operators aren't as interested in keeping old customers as they are in getting new ones, since they count on the fact that most people will just stick with their current operator. Switching operators will allow you to take advantage of these new customer deals and get better rates. Plus, it's quick and easy, and you can take your phone number with you too. 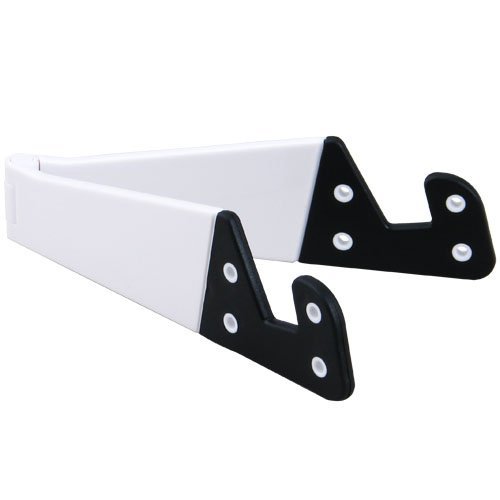 Daffodil IPC410 Smart Phone and Tablet Stand - Foldable Vertical and Horizontal Mount for iPhone / iPad / Samsung Galaxy / HTC One and all Mobile Phones White Amazon Price: $9.95 $1.70 Buy Now(price as of Dec 3, 2016)
Next >> Should You Own a Smart Phone?