The Top Ten Mobiles for Under Â£150

Mobile Deals On A Budget

If you're on a budget, you might think that a new mobile phone is out of your price range. But given how much competition is on the market nowadays, mobile prices are getting lower and lower. It's perfectly possible to get a decent, touch screen, smart phone for less than £150, and that's what we're looking at today. So if you need that new phone, but you don't have a ton of cash, take a look at some of these models. A decent phone doesn't have to break the bank...

Shopping for the Top 10 Mobile Phones...

You have to be careful when shopping for budget phones. Often, budget smart phones have small screens and weak processors, which means that you're not going to be satisfied with the performance of your device. However, all the top 10 mobile phones listed below have decent specs. You'll also need to be on the lookout for special deals, and a mobile comparison web site can help with that. Simply check online to make sure that you're getting the best price that you can get for your mobile.

The Galaxy Ace is part of Samsung's bestselling Galaxy series of phones. You get a good processor (800 MHz), as well as a beautiful high resolution screen. You lack a little in internal storage, but there is a Micro SD card slot, so you can inexpensively add more memory if necessary. And this is a fast little device, plus it's pretty good looking as well. You can pick up the Galaxy Ace for less than a hundred pounds with most operators, making it a great deal on a nice little phone.

For a budget phone the Sony Xperia U actually has some great specs. You get a full 1 GHz of processing power, as well as a massive 16 GB of internal memory. And the Xperia U is sleek and sexy to boot. The battery life isn't quite as good as it should be, but the high resolution screen makes up for that. And all that processing power makes the Xperia U one of the most responsive phones on the list, as there's little lagging in functionality.

By far the biggest selling point of the Optimus L3 is going to be its screen. It's larger than most budget smart phones, giving you plenty of space for video watching an on screen typing. It's also a good looking model, with nice build quality for a budget phone. You lose out a little in the power department, and the camera is only a 3.2 MP device. But if you're not a serious photographer, the LG Optimus L3 makes for a great buy.

Another Xperia model, this time the Miro. Again you get a solid amount of processing power, and a nice, large touch screen that's pretty responsive. You also get a solid 5 MP camera, which is one of the better budget smart phone cameras on the market. If you're into picture taking, then this is probably going to be the best buy for your money.

If you're looking for a budget Windows device, then take a look at the Nokia Lumia 610. You get a solid 800 MHz of processing power, and a clear, high resolution screen. You also get the kind of excellent camera and build quality that you'd expect from a Nokia device. The Lumia 610 is a great budget phone buy for Windows users, though it can feel a little clunky at times since it's not the smallest (or thinnest) phone on the market.

For an Android 4.0 phone, the HTC Desire C is surprisingly cheap. The processing power isn't great (it's only a 600 MHz processor), but is enough for casual phone users. The screen, on the other hand, is beautiful, clear and bright. And for music listeners, the HTC Desire C has added amplifiers to give you better sound quality. It also weighs in at less than a hundred grams, making it light and easy to carry around in your pocket.

Yet another Xperia model, though this one has a slightly smaller screen than the others, but you still get some good processing power. The Tipo is a great looking phone, and has nice build quality; it doesn't feel cheap or flimsy. It's a little lacking in internal memory, but has a Micro SD card slot, so you can add more. It's also pretty light and gets some good battery life too, so you won't be charging it too often.

For a budget phone, the Huawei Ascend G300 has some pretty amazing specs. You get a full 1 GHz processor, as well as a large fully high resolution screen. And you get a 5 MP camera as well. It's not the greatest build quality in the world, the Huawei Ascend G300 doesn't feel as solid as, say, a Nokia, but it is a very satisfactory phone for a very low price, and for true budget phone users it's going to be tough to find a better deal than this.

There's great screen resolution here, as well as a solid 3 MP camera and some amazing battery life, making the Motorola Defy Mini a decent buy. It doesn't have the greatest processor around though, but it should be enough for a casual user who doesn't open too many programmes at the same time. And the Defy Mini is a rugged phone too, so it's not going to shatter when you drop it.

A good processor and nice battery life are the two best things about the Galaxy Y. The screen does let it down a bit though, since it's a little small and not high resolution. But if you're looking for a light weight phone that's pretty speedy, then take a look at the Samsung Galaxy Y. 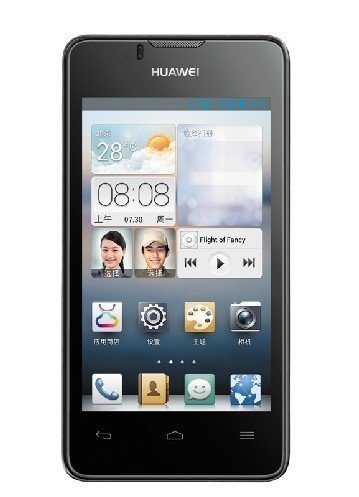