The Tragic Tale of Anna Karenina

A Work of Art

Adultery is at the very core of this sweeping panoramic tale, which takes place in the midst of turbulent Russian history.

The novel, which features an ensemble of over 500 characters, who come from diverse classes and represent various perspectives, are all presented through the narrator's bird's-eye, third-person-omniscient perspective.

Moving the focus from the angle of class, to the clash between conservatism and liberalism, the book, plunges into the very heart of the novel, adultery.

Anna Karenina, is a passionate, intelligent and beautiful women. However, she leaves behind her role of dutiful wife and mother and she dares follows the path of love, rather than duty. For this, she is roundly condemned by society.

Society holds the power to condemn and cause destruction and it seems to be the driving force that maintains traditions, and delivers punishment. Even Anna's husband, Karenin, seems more concerned with societies judgement, than the fact that his wife loves another man. As long as Anna does not seek to divorce him, he can simply look the other way and so, maintain his social standing with his work fellows and neighbours.

Love is Stronger than Anything, Except death

Anna refuses to maintain the outward appearance of a successful marriage and so, she is banished from society, to  become someone who is mentioned only in whispers, in shadowy corners.

This choice to pursue love at the expense of all else, in such a patriarchal society, where arranged marriage is still the norm however, strikes us as brave, but also foolhardy. And yet to sacrifice ones own children, for the fruits of lustful love also seems self-absorbed and selfish.

Anna confuses us, on the one hand we admire her passion and willingness to pursue a full-blooded love, leaving the anemic marriage behind and yet the price paid for her passions and the damage done, in the end is simply not worth it.

Anna who is willing to cut all ties, to pursue freedom in love, becomes a fragile, increasingly paranoid being, alienated from her children and scorned by the society which once celebrated her as an example of aristocratic wifeliness.

Women it seems are expected to conform, play their part and not expect too much in the way of ecstasy or rapture. In fact, Anna is much like Vronsky's racehorse, which provides him with a bit of excitement and entertainment. For Anna and the horse however, the game is more serious and all-consuming. For both, death is the result.

Anna Karenina is essentially a psychological novel, which does not moralize and this leaves the novel open to interpretation. The novel's message about vengeance and forgiveness for example,  is somewhat murky.

While we admire and like Anna and we appreciate that she is treated badly by many of the hypocritical members of society, we are also confused about the issue of vengeance and forgiveness.

We may sympathise with Anna's husband, who says that he wanted to get revenge, but in the end he forgave. But is his forgiveness real?

The message is, that real life, passions and feelings are messy and a prescribed one size fits all approach can seem somewhat hollow.

We see that the act of forgiveness is not simple. Does Dolly truly forgive Stiva for his adultery? Or does she pretend not to see?

Stiva also, does not suffer like Anna, despite being a serial adulterer. Is this fair? And other women refuse to forgive Anna despite the fact, that many have engaged in adultery themselves. Anna's husband, pays lip service to forgiveness, but essentially plays the card of vengeance to the hilt, when he keeps her from her son, Seryozha.

Life and Reality are Messy

Love is complicated, Anna and Vronsky were passionately in love, but as time goes on, their love and passion seem to wither. Dolly and Stivia, remain married, but he is untrue and she pretends otherwise.

What of  Levin and Kitty? Perhaps Tolstoy means them to be the ideal couple and yet their relationship developed very quickly, and it too may fade in the end.

Tolstoy presents family as a foundation of society and seems to applaud Dolly, who stays with her husband despite his philandering. She saves her family, but at a price.

However in the end, all we can say is that life and love is difficult and people are complex. To run away from responsibility, to pursue passion, as in the case of Anna, will surely destroy the family. And in the end it seems, will bring about ones own destruction.

“All the variety, all the charm, all the beauty of life is made up of light and shadow.”   Leo Tolstoy, Anna Karenina 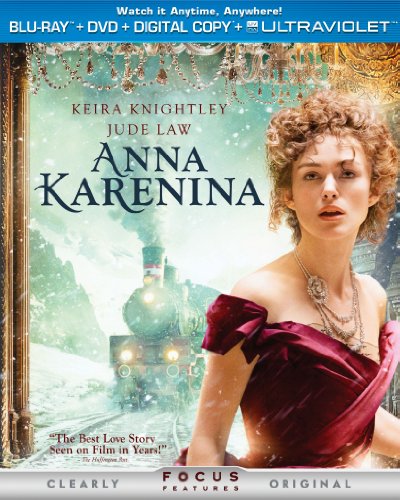 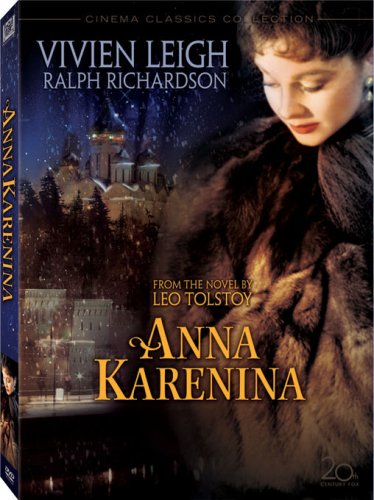