The Truth About Cheating on Your Spouse

This short article is important to read for everyone. Some will read the title and think, “I’m not married “, “I am definitely not the cheating type, I would never do that,” or “I’m not even in a relationship right now”.  To anyone with those excuses, I had them too. What this article is about is vital for everyone to think about.

I’ve always considered myself to be “the relationship type”.  You wonder what the relationship type is? Well, for lack of a better definition, I’m not the type to bounce from one romantic encounter to another. Not really the cheating type by default. What excites me is a long-term friend, a forever partner, some who knows you best. But you would be lying to yourself, and I would be lying to myself, if we said we never became interested in someone who should not be interested in. I don’t mean sexually, just a mere curiosity, maybe socially, maybe just respect. We always meet people at work, see interesting people at the grocery store and there are times those people impress us, or seem like they would be great to get to know better, on a closer level. So if you’re single, there is no danger in that. Go, approach those strangers, co-workers, friends. Make it happen.

Now, to those who are married, engaged, or even in a relationship, this attitude can become very dangerous, very quick. Someone will ask, “why? Just being curious or having interests in other relationships is harmless”. That may be so, but if you are willing to enjoy thoughts about emotional closeness with some one who is not your spouse/girlfriend it is likely you need to build boundaries in your mind about what is safe and what is not.

The common belief in our culture is there is someone out there for everyone, there is someone out there chosen by fate, or however people think this works, someone who is designed and perfectly compatible to be with me. Girls believe in prince charming that is out there somewhere gazing at the same star in the night sky as they are. Our culture calls this misconception “the one”. We all think there is that one person made for us and we wait for them. While this sounds sweet and is a widely accepted idea, I find it very hard to tolerate, and what’s worse, I think is the cause for so much dissatisfaction with our current partners.

Now before we go further, you may be sensing that I will urge you to fight for your relationship or marriage. You can already predict that I will try to tell you that wandering eyes will destroy the joy of the relationship you are in. You are right, and I will tell you that. But if you’re dating some scumbag (excuse the French) who doesn’t have a job, is abusive and disrespectful, I am not telling you to keep him. In fact I wont tell you to work on your dating relationship with him, dump the guy. That’s what dating is for, so you don’t get stuck in a marriage with someone you can avoid while you’re still dating. Look for someone better.

This article is for those who are in a relationship with which they are satisfied, but have those occasional thoughts that they can do better. That attitude will kill your love and it will kill your joy. That is a deadly fire you have to put out immediately.

No one thinks about all the work a good relationship takes going into it. We all let our mind enjoy the love we are feeling in our heart, the infatuation we have with our new partner and how you will spend your next date with this person. What comes after you’ve been together for 6 months or the first year of marriage is hard work. Hard work to understand, to serve, to respect each other, and some days it doesn’t come as naturally as it did when you first met. That’s when the danger of cheating comes into focus. Like I said at the top of this page, not sexual cheating; however I don’t exclude that as a possibility either.

You may start asking yourself, am I really with the best person I can be? Is this “the one”? Here’s what I want to tell you: you don’t want to be unfaithful or end it, have both of you move on, to find out – they were “the one”. I don’t believe in such a thing as “the one”. The dog I have, my best friend I spend every Friday with, are they “the one” dog or “the one” best friend? Is the car I drive “the one” for me? See, we don’t think about other relationships, pets or even our car in those terms. But we treat our romantic lives with this double standard. So I’ll just go straight out and say it, my wife is not “the one” for me. We weren’t made for each other. But you know what, even though we were not made for each other, we are committed to each other. Even if we are at odds in our characters, our goals or wants, we are committed to make it work. Because we promised at the altar to love “in plenty and in need, in sickness and in health” we will keep those promises. We have to keep those promises not for the sake of being happy in a specific moment, but to have joy in our relationship 30 years down the line. Anyway, I don’t believe in the “the one”, I do believe in loving someone we make a commitment to and making that person “the one”.

My final scenario is probably most important. Another aspect of the romantic life that our culture praises is what I call “the chase”. The chase is the beginning part of a romantic relationship where the couple are not yet official, or maybe slightly after they are official. The first 6 months to 1 year of a newly official relationship both of the people are still in the phase called “the chase”. This is when both of the people are still trying to show their best side, they want to impress the other partner. This is also the period of time they are still deeply impressed with their spouse/dating partner. When this ends, our pop culture doesn’t focus on that relationship any longer. We don’t really have any good images or examples of old love to be motivated by in pop music, shows, movies, etc.

Now that a couple has been together for over a year, or however long it took them to move past the phase we defined as “the chase”, things change. Their relationship is still happy, fulfilling and joyful. However, they are no longer mysterious to each other, they are comfortable and at home with each other. Is this a bad thing? No, just the opposite in my opinion, as the “relationship type” I am most excited about getting to this stage of the relationship. However, some may still crave “the chase”. They miss it. Both guys and girls want to purse and be pursed. And if our relationship is not cultivated, invested into and cared for, we are in danger of cheating or being cheated on.

For the sake of a case study scenario lets take a fictional character we made up and call him John. John has been married for 4 years to his fictional wife, Sarah. John works for a highly professional-fictional company downtown that he loves. Sarah is a stay at home mom with their son. John’s desk is adjacent to a co-worker of his. She has been working here for, lets say about a year now. She is professional, young, good looking and funny. Sarah on the other hand, she’s dull in John’s opinion. When he comes home she talks about her favorite show, the new laundry detergent and the conversations she had with her mother. John doesn’t think any of that is thrilling. What’s worse is that John thinks Sarah is controlling. He much more prefers being at work talking to this particular co-worker. He enjoys work lunches with her, and he seeks out this other woman even occasionally after work for drinks. In my opinion he has crossed the line a while ago when it comes to emotional adultery, but lets take it one step further.

Lets say John left Sarah. He left her to be with this woman from work he has been seeking out. After their relationship has become familiar, as his previous relationship with his wife, as every relationship will become with time, he will soon begin to see the truth about his new girlfriend. As soon as they move past "the chase", he realizes she is human, she is faulty, and she is also controlling. Maybe more so then his wife was. Things will become common and not thrilling with her as well. Soon enough John will begin to wonder, is his new girlfriend "the one"?

The solution is not to bounce from one person to the next and to the next waiting for things to “feel right”, to never “fall out of love”, because that wont happen. We will not find the perfect spouse because no one is perfect. And even if there were someone so perfect that you could finally be with, why would they want to be with you?

Look at the person who is in your relationship with you. They settled for your imperfections, settle for theirs. They committed to love you, commit to them. And keep your heart guarded from others, and at the same time you will guard it against disappointments if you were to compromise your commitment now.

The books I cited below by Gary Thomas and Timothy Keller are great resources for a growing relationship, dating or marriage. They are highly recommended by me. 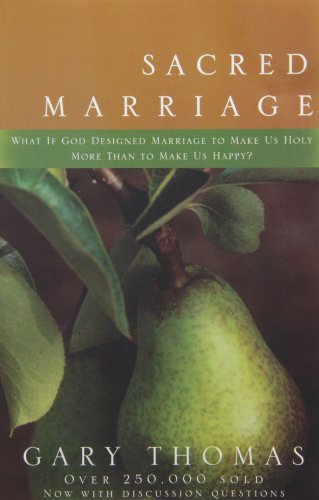 Sacred Marriage: What If God Designed Marriage to Make Us Holy More Than to Make Us Happy Amazon Price: $14.99 $3.84 Buy Now(price as of Mar 18, 2015)
This book has a been most helpful with incorporating Christian faith and true love.

The Meaning of Marriage:

Facing the Complexities of Commitment with the Wisdom of God 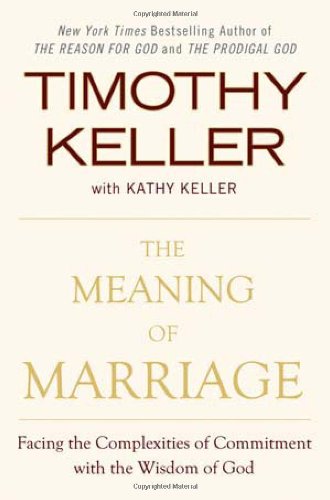 The Meaning of Marriage: Facing the Complexities of Commitment with the Wisdom of God Amazon Price: $25.95 $10.65 Buy Now(price as of Mar 18, 2015)
Best cure for the common misconceptions of our cultures when it comes to relationships.
Next >> How to Infuriate Professional Musicians