Renowned Scandinavian warriors, the Vikings explored and conquered much of the Old World  for over 200 years. Their image as barbaric pirates, plundering and looting, has been a prevalent part of legends. However, apart from being a highly militarized race, the Vikings lived during the period between the close of the eighth century and the eleventh century, which was a time of important constructive commerce. The oldest parliamentary body still in existence, the Althing of Iceland, is a relic of the Vikings. The Vikings were known under many names. They were called the Norsemen, Northmen, Normans and Danes. In Irish history there are mentions of black and white pagans. The fair foreigners are thought to be Norwegian Vikings, while the dark foreigners have been identified with Danish Vikings. The conquerors ranged over 5000 miles, reaching as far as the Mediterranean Sea and Persia, and across the Atlantic to America. In the majority of raids the Vikings crossed the North Sea and the Baltic.

The first recorded expedition was in AD 787 when the Vikings landed on English soil in Wessex. These were Nordic pirates coming from the south-west of Norway. From 856 to 875 England received the full invasion of the Vikings. The traditional routes of the various invading groups were Norwegians traveling along the outer passage, overrunning Scotland, Ireland and France; Danes, along the middle passage, invading the British Isles, France and some of the Low Countries; and Swedes, voyaging along the eastward passage, across Slavdom to Byzantium. The settlement of Novgorod was made in 862, while Kiev was established around 900. In 859 Viking longships entered the Mediterranean Sea and looted Spain, France and Italy. Olaf the White founded a kingdom in Dublin, Ireland, in 852. In 1013 King Swein of Denmark conquered all of England. The settlements in Britain, as in all of the Viking territories, produced states based upon an extremely sturdy legal and governing foundation.

Much of Scandinavian society was built up with the wealth of raids and commerce. Discoveries of large amounts of silver coinage and foreign artifacts in archaeological digs in Scandinavia have indicated the vast profits the Vikings accumulated. They engaged in the export of furs and arms, particularly to eastern Europe. Vikings were sought for their mercenary services. The Byzantine rulers and Slavic royalty were among several groups who hired Scandinavian warriors as bodyguards.

The Vikings' religion fused gods and goddesses with myths and legends that are known today. Thor, Odin, Frey and Liki were among the most powerful of deities. Vikings also believed in such nature beings as elves, trolls and water sprites. Viking warriors were feared for their fierce determination in battle. They traveled in trim, sea-going vessels known as longships, decorated to appear as dragons and carrying up to several hundred men. Their weapons included axes and broadswords, many inlaid with precious jewels. Tales of the exploits of these warriors are still in existence. The Eddas, dramatic prose and verse which deal with heroes and battles, are important collections of early Scandinavian history and mythology. The causes of the Viking raids are a source of disagreement among historians. It is certain many of them were the results of the Vikings' love of adventure and economic gain. The pressure of population is often cited, although the evidence that remains suggests that another cause was the Scandinavian reaction against the invasion of renegade Christians. The close of the Viking Age is generally regarded as occurring in the early eleventh century. Olaf II Haraldsson of Norway is considered as being the last traditional Viking chief. He became king in 1015. 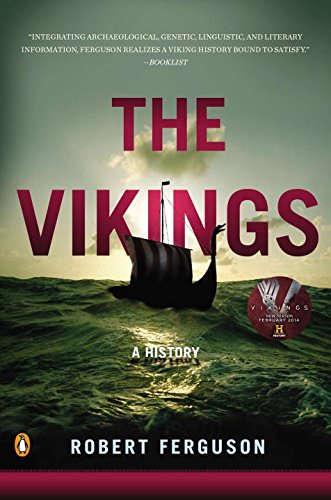