The Walking Dead: 400 Days Review - This is What DLC Should Be

The Walking Dead: 400 Days is the $4.99 DLC bridge between Telltale's Walking Dead season 1 and their upcoming Walking Dead season 2. Instead of picking up the story of the characters from the first season, 400 Days takes another route, a better one. It instead focuses on five other people who are going through the same zombie apocalypse. With zombie apocalypse games, it is easy to forget that there are always other survivors out there to tell the stories of. Telltale does not forget.

Vince, on a bus headed to jail for committing a murder for the sake of his brother. Not unlike Lee from season 1.

Shel, who is hiding out with her sister and other survivors at a Georgian truck stop, a central location for the story.

Bonnie, who is and ex-junkie hiking across country with a married couple.

Wyatt, a stoner who is trying to escape some guys his stoner friend and himself seriously pissed off.

Russell, who is walking across Georgia to see his grandmother. Like a macabre Little Red Riding Hood, big bad wolf included.

These stories skip around between day 2 and day 220. Ultimately, the stories of these five characters comes full circle at day 400, thus the name. Much like Telltale's original Walking Dead game, 400 Days focuses more on storytelling and decisions rather than hardcore gameplay. It is more of an interactive book than a video game, but for people who have played the previous game, it will come as no surprise.

The gameplay lasts around an hour and twenty minutes and you can play the character stories in any order. What is really amazing is that Telltale continues to master the ability to make players care about characters in such a short amount of time. There will not be a bond between players like they had with Lee and Clem, but one still finds themselves caring about these people even for the brief time their story takes which is roughly a little over 15 minutes for each.

For example, Vince the convict should be, by all means, a hateable guy. What with starting his story killing a man begging for his life. However he is endearing because he killed a man for the sake of his brother, most people can relate to doing anything for the sake of their family. You can choose to make Vince act like a jerk to his fellow inmates on the prison bus, but ultimately you want to make him an honest guy like Lee. 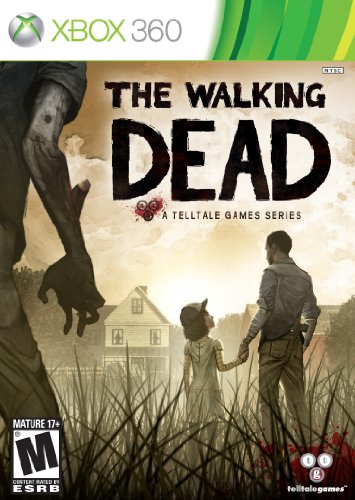 The Walking Dead - Xbox 360 Amazon Price: $55.95 Buy Now(price as of Apr 22, 2015)
Another example is Bonnie, who must have had it infinitely harder than the other characters as the apocalypse is a bad time to be addicted to smack (or whatever drug). Then of course, you see her bonding emotionally with a man she has been traveling with only to find out he is in a slowly degrading marriage. You can choose to be a jerk to his wife when she accuses you of flirting, but you want to try to hold this group together instead. Each character has something that someone can relate to somehow, which is how Telltale gets you. It builds emotional bonds by having the characters in situations in which someone can see themselves in. They essentially try to find something that will hook everyone, many games have failed at this, but Telltale succeeds spectacularly.

Fans expected that this DLC would just be five different Lee clones scavenging for supplies, instead players got five very diverse stories about five very diverse people all trying to carve out their own way in terrible situations. That is as it should be. The Walking Dead: 400 Days represents how game DLC should be, but rarely is. Game develops are currently leaning towards creating 'worlds' instead linear stories that follow the saga of one character.

An example of this is the Dragon Age series, they have thus far left their stories open ended and creating new games that give to the 'world' aspect but never give closure to the main stories. The Dragon Age DLC just gives more random stories to do that also add to the world, but never really wrap up any stories. DLC should aim to be like 400 Days, instead of just adding another story that no one really cares about, they add stories that give to the world while keeping the main story linear and with various forms of closure in the original games.

DLC ranting aside, The Walking Dead: 400 Days is not a perfect game. It has all the little technical hiccups that fans should really have come to expect from Telltale. The voices and the movement of the lips can be mistimed, there are overly abrupt scene switches, and some slight graphical glitches on the PC. 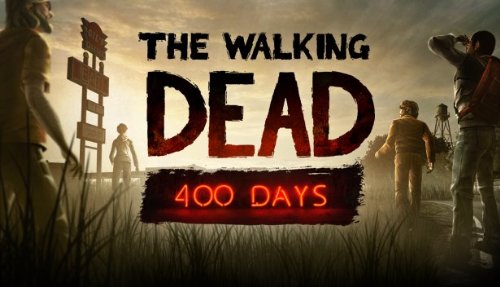 The Walking Dead: 400 Days [Online Game Code] Amazon Price: $4.99 Buy Now(price as of Apr 22, 2015)
However, probably the most dislikable thing about 400 Days is the ending. The ending is an overly brief wrap up of all the characters together and presumably sets up for the next season. All the characters have their own unique stories that led them to that point, however many things are left unexplained. The technical hiccups do not really take away from the game, but the whole ending does take away from the overall enjoyment. Telltale tries to tie all these stories together with brief mentions of what happened off screen, but it still leaves you wishing you had actually seen it.
The Walking Dead: 400 Days Amerowolf 2013-07-06 4.5 0 5
4.5/5

Overall the game is a great teaser for the second season of the game. You don't have the love built up for the characters like you did with Lee and Clem. The ending is far too simple and left far too many loose ends. However, the stories, the decisions, and even the characters are just all so great. The game may be short, but it packs in so much for fans of the game to be interested in. There is even a glance at a character from the first season, if you are paying enough attention. While 400 Days is not a perfect games, it is however, an exemplary example of what downloadable content should be.