Long Road Ahead is the third of five installments in Telltale's The Walking Dead games. Telltale is raising the bar for interactive narratives and episodic installments alike. They are also taking advantage of a prime medium for their games. The Walking Dead was a popular comic about a man and his family trying desperately to survive in the zombie apocalypse and getting essentially "kicked in the nuts" every step in of the way. The comic rose in popularity when the hit TV show adaption came out on AMC.

For those of you hoping that this game will be about Rick Grimes, the lead character from the TV show and comic, and his grueling adventures, you'll be disappointed. However, fans will be pleasantly surprised by guest starts from the comics that make appearances.

So does Long Road Ahead pay homage to The Walking Dead universe and the previous two games? Hell to the -- Wait for it -- yes!

The Walking Dead Episode 3: Long Road Ahead does as it sounds, it takes this whole rag tag survivor party on the road. In the Previous episodes, they were hold up in an abandoned motel and barely getting by on scavenged food. In this episode, Macon, Georgia has been picked clean and the survivors decide to move onto Savannah, Georgia.

As you experienced in Episode 2: Starved for Help, the group is starting to wear on each other. In Long Road Ahead, the bickering is amped up the the extreme. The whole atmosphere really stays true to the The Walking Dead universe, it really makes you feel like zombies are the least of your worries. It makes you want to scream "Why can't you all just get along!?" at the screen. It's downright stressful trying to make the decisions to keep everyone happy and more importantly, keep every one alive. However, you can't win every battle you can only try to win the war.

The Walking Dead Episode 4 may possibly kill me.

If you are looking for fast paced gun shooting action, this game and predecessors are not for you. The Walking Dead series is a lot of talking and puzzles, only some killing. If your a hardcore puzzle game fan, these puzzles won't challenge you.

However, if your a fan of The Walking Dead TV show or comic and want to see the universe from another angle, you'll fall in love with this series and then get your heart broken by it, over and over. Same if your a fan of visual novels, though don't expect to sit down and relax with this game, it makes it hard.

Telltale has done an amazing job with this series so far, I both wait for and dread the next installment in the game. It seems the more you try to build relationships with the characters the more you get hurt in the end. 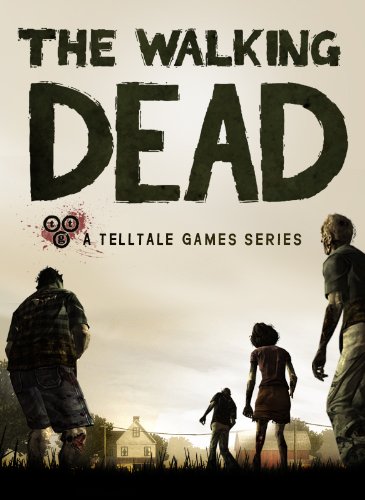