Check out my other articles about the Walking Dead.   http://www.infobarrel.com/Who_Will_Die_in_Walking_Dead_Season_4
InfoBarrel is a writing platform for non-fiction, reference-based, informative content. Opinions expressed by InfoBarrel writers are their own.
InfoBarrel > Entertainment > Film > Television

The Walking Dead: Season One Recap

Rick wakes from a coma and wanders a zombie infested hospital.

AMC's cable television hit, The Walking Dead, is an amazingly popular show.  Trailers for the upcoming season bill it as "the undisbuted king of cable television" and there is some truth in that.  The show has broken cable ratings in at least two of the past three seasons.  However, the show has had it's fair share of problems with showrunners.

Frank Darabont, Glen Mazzara, and now (season 4) Scott Gimble.  The showrunner is the person who sets the creative style for the season.  He/She is the one who picks directors, hold's developer meetings, and generally makes the big calls.  In the first season, Frank Darabont was the showrunner and his season is a bit different than the following two seasons.  This may have been because it was a "pilot" season, but it set the tone for the show and that tone continues to be followed to this day.

This article will examine the episodes that make up season one of the television show known as The Walking Dead.  We will look at the main characters, plot points, themes, and end with a discussion on how this show sparked a sensation.

Rick Grimes rides into Atlanta during the first episode of The Walking Dead setting the scene for what is to come.

Season One of The Walking Dead only contained six episodes, but they were packed with action, mayhem, and zombies.

Episode One begins before the zombie apocalypse even started.  In the first minutes of the show we are introduced to the main character, his family, and best friend.  We also learn that he is a distinguished sheriff for a small suburb of Atlanta.  During the first few minutes, Rick and Shane are involved in a high speed chase that ends with Rick getting shot.  This resulting shot sends Rick into a coma where he will peacefully sleep through the zombie apocalpyse.  During the interim period, the world collapses, governments are destroyed, and his best friend Shane becomes a father figure to his son Carl and defacto husband to his wife Lori.

Of course, Rick will wake from the coma and what he finds is ruin.  The hospital is overrun with zombies and rotting corpses.  He will have to fight his way out in a hospital robe and luckily finds a father and son willing to take him in on the outskirts of the suburb.  Morgan and Duncan Jones explain to Rick what happened and at first Rick is bewildered.  However, he can see for himself that there are corpses walking freely through the parking circle of the neighborhood.

Rick befriends Morgan and promises to radio him daily and then sets off on a journey to Atlanta to find his family.  He is told that there was a refugee center in Atlanta and it might be safe.  Rick will ride into Atlanta on horseback in one of the most striking scenes of the show to find his family.  However, when he gets to the city he finds it full of raging zombies who kill his horse and cannabalize it as he hides in a tank.  As Rick contemplates suicide he hears a voice which sets up the next episode.

The second episode starts to get intense as Rick breaks out of the tank with the help of Glen, T-Dog, Merle and several other survivalists.  They retreat into a department store and realize there is no way out.  The zombies are pounding on the glass doors to the building and it won't be long until they find a way inside.

In the style of Romero we also begin to see that not everyone in this new world is a "nice" person like Morgan, Duncan, and Glen.  Merle is a racist who is constantly picking on the African-American survivor, T-Dog, and even Glen who is Korean.  On the roof of the building, Rick asserts his authority for the first time and locks Merle to a drain pipe.  Then sets off with Glen to cover themselves in Zombie guts to escape the building.  They believe that the smell of the zombies will help them escape and they are right until it starts to rain and wash the gore of of their bodies.

In the meantime, T-Dog loses the keys to the hand cuffs and the survivors have to leave Merle chained to the top of the building.  They hastily escape to a larger group of survivors with Rick who will unknowingly meet his wife and friend Shane.

Rick returns to the larger camp of survivors and the first thing he notices is that his son, Carl, wife, Lori, and friend, Shane, are safe.  However in this episode we see the first cracks form in Shane and Rick's relationship.  Shane has been a defacto father to Carl since the apocalypse and a lover to Lori.  When Lori and Carl see Rick they immediately start to forget about Shane who helped them survive the fall of civilization.  We also are introduced to Daryl Dixon in this episode and he is pissed because Rick left his brother to die on a rooftop in Atlanta.  Rick, Glen, and T-Dog agree to go back to Atlanta to help Daryl find his brother and to make things right with the Dixons.  They make it back to the Department store to find that Merle has vanished, but has left a severed hand and hacksaw.  They agree to continue their search for him in the store.

At the camp, Carol (another survivor) is being beaten by her abusive husband and Shane is told by Lori that he has to stay away from her and Carol.  Shane takes his rage out on Ed (Carol's husband) by nearly killing him.

In Atlanta the search for Merle intensifies as they learn that he made it out of the Department store by jumping on to a fire escape and running to the street.  They begin to give up the search, but before they can leave Glen is kidnapped by a street gang.  Rick, T-Dog, and Daryl go in search of him to find a functioning Latino community in Atlanta.  The community is taking care of the elderly, stocking up on guns, and trying to survive.  Rick is able to work a deal out with the leader of the group after a few compromises and the four leave to go back to their base camp.

When Glen, T-Dog, Daryl, and Rick return to the camp they find that it is overrun with zombies.  They have to fight off the horde and in the process Andrea, a survivor, loses her sister.  In the aftermath she is comforted by Dale and an older man who collects books and drives an R.V.  The group decides it is no longer safe at their camp and begins to journey towards the CDC where there might be a cure.

Episode Five is an emotional roller coaster.  The larger group of survivors that we are introduced to in season one starts to break up after the zombie attack.  Some families think the CDC is a dead end and split up to go their own way.  Other members of the group die of zombie wounds and Andrea is grieving because of the loss of her sister.

However, Rick manages to lead the group to the CDC in Atlanta, but as they arrive they find that the building is baracaded and overrun with zombies.  They manage to fight their way through the horde of zombies, but no one opens the door for them.  As the zombies press around them, the group prepares for a last stand.  Just at the last possible second the doors open and the enter the building.

A mysterious scientist greats them and they enter wary of what is to come next.

The final episode of the season begins with the potential for hope, but ends in ruin.  The dwindling gang of survivors enter the CDC to meet Jenner, the lone scientist.  Jenner has been running the CDC since the outbreak and is the last man still working.

During the episode, the surivors eat a feast and take a hot shower for what might be the last time ever.  Afterwards they sleep on warm beds, but some are sad and angry.  Andrea is depressed because of the loss of her sister while Shane is fuming that he is no longer the group leader, lover to Lori, or father figure to Carol.  Shane attempts to rape Lori in the night, but she fights back leaving long slashes across his face.

The next day the group watches a video that shows the zombification process and learns that Jenner was mearly the office administrator.  He promised to keep working when his wife died, but he is not a skilled scientist.  Then the building starts to shutdown.  Jenner tells them that the building will destruct now that fuel has run out.  The gang pleads for a way out and eventually Jenner lets them leave.  A few stay behind, notably Andrea, to die in the firebomb, but Dale forces Andrea to leave with them.

The survivors escape to parts unknown as the CDC is destroyed in a blast killing Jenner and one other member of the survivors. 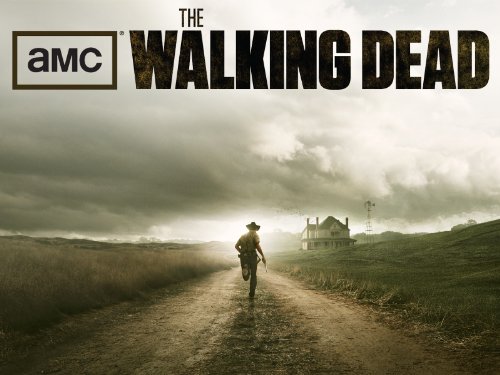 The theme of season one of The Walking Dead is complex, but we can break it down in the following ways.

These were some of the main themes from The Walking Dead season one.

The Walking Dead season one was a reconstruction of the first set of issues from the comic book and for the most part it stayed on-track with the stories.  It also represented AMC's first major cable hit and continues to this day.  If you enjoyed this recap and the television show, but have not read the comics then I recommend you check out the comics today. 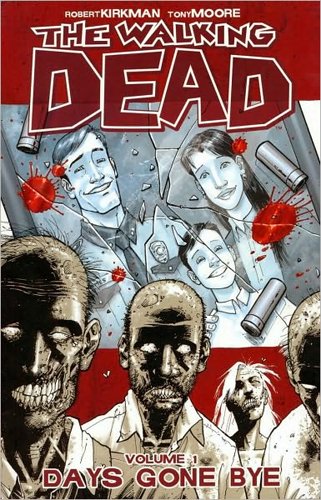