After more than a decade of running a hugely successful subscription based MMORPG, Blizzard has finally decided to introduce the WoW token. As a retired player of the game, I am curious and intrigued by the newly released Wow token. For years I parted with my money and paid the monthly subscriptions fees but today there is now a 'free to play' alternative.

As any player of WoW, you will quickly realize what a game changing direction Blizzard has taken. The concept is nothing new and has been working for years in EVE online. For the first time ever, the possibility of enjoying the game and not having to spend a dime of real world money is actually possible. How could this be done? All you simply needed to do was purchase one WoW token each month from the in game Auction House and activate it! Easy right? Not really. I will explain just what it takes to play for free.

What Is The WoW Token?

The WoW token is an in game item that was launched on the 7th April 2015. It provides an easy way for players to obtain subscription time and in game gold. The token has two functions and can be utilized either way:

The result of these two functions allow for players to get more subscription time or more in game gold.[1]

Hard Facts You Should Know

Activision Blizzard reported that the first quarter of 2015 shows that World of Warcraft has 7.1 million subscribers, down from 10 million after the launch of the latest expansion Warlords’ of Draenor. This is the sharpest loss of subscribers, worse than after Mists of Pandaria launch. The WoW token was released in the second quarter of 2015 and had no impact on the first quarter report. Time will tell if the subscriptions via the token will bolster the player base. Despite this World of Warcraft still remains the number 1 subscription-based MMORPG in the world. 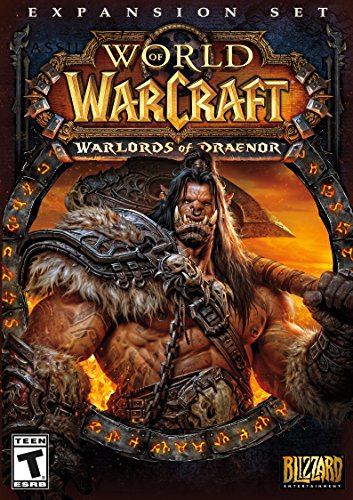 Blizzard introduced the token as a means to legitimately acquire in game gold that does not involve the use of unauthorized third-part gold selling services. They have now monetized the selling of in game gold which was previously an untapped source of income for the company. Every token is bought at $20 and sold to another player for in game gold. The actual amount of in game gold traded for the token is inconsequential to Blizzard. What is significant is that someone paid Blizzard $20 instead of $15 for a month of subscription. That's an undeniable fact[3].

Playing For Free - Blizzards New Carrot On The Stick

Very early on I realized the importance of in game gold. The first time you take a look at the Auction House your eyes just start watering at the prices of epic items. Just like how real world money can get you pretty much anything the same applies to WoW gold. I played through the Burning Crusade expansion right through to Cataclysm expansion. During those years I did amass large amounts of gold but it was difficult. I was in one of the best raiding guilds on the realm which focused on the high level content. Maintaining my character was surprisingly costly, and it was necessary to find an income of gold.

There are many ways to make gold in WoW but I found the fastest, most reliable and satisfying was to grind through farming dungeons. It is purely why I was most fond of my AoE mass pulling paladin tank. He could effectively kill hundreds of mobs in a matter of minutes and collect gold, material and low level items. The bounty collected was either directly pocketed or sold on the Auction House; however most of the gold I collected would be used to support my function as a raid member. From this point of view, gold for me was valuable. I did not have endless time to grind dungeons. It was quite a balancing act to keep a source of gold coming in while maintaining my position as a member of a raiding guild.

At the time of writing, the current monthly subscription fee is $15 per month and the WoW token costs $20. The cost of a WoW token was introduced at a price of 30k gold. The price for the token plummeted to 20k gold in less than 2 days. The economics of supply and demand began to take affect and the price for the token swung up and down almost daily for a little over a month. Currently the prices for the tokens are stabilising on all realms. I have listed the expected purchase price in ascending order sourced from wowtoken.info[2]. One can assume that the sale of WoW tokens from the in game shop in Taiwan and Korea is not common and that there is a short supply of them listed in the Auction House.

When I was an active player I looked at various strategies to collect gold and from my personal experience I would expect the average player to collect no more than 1000 gold per hour. Therefore to amass the cost to purchase one WoW token, it would take roughly 22 hours of work on the US server. Double that if were playing on the EU server and an insane amount of time on Eastern Realms. If you match that against the $15 cost for a month’s subscription then you are effectively working at a pay rate of 68 cent per hour.  I'm not sure about you but I couldn't be bothered to work at that pay rate.  Besides even when I played at my peak, 22 hours of grinding would take me a whole week of playing. Having to grind out my subscription fee each month and maintain my character for raiding would just be so time consuming and boring beyond imagination. It would also be virtually impossible for any new player of WoW.

The concept of the WoW token was exciting to me until I sat back and thought about it for a while. Only a few hardcore players would they manage to pull off playing WoW for free using the new tokens but for the rest of us, we will probably have to continue paying the $15 monthly subscription. I do believe that average player could buy a token after 3-4 months of play accumulating gold. At the end of the day, Blizzard is just scooping and extra $5 for hooking in players and possibly luring in a bigger player base.