I've spent most of the past two decades in East Asia, holding lecturing and publishing positions in Hong Kong, Japan and South Korea. Among my favorite places are Taiwan and the Philippines. I'm fascinated by local religions and customs, and enjoy reading about history and how the English language changes and develops. I enjoy writing on InfoBarrel. If you love writing, sign up today.
InfoBarrel is a writing platform for non-fiction, reference-based, informative content. Opinions expressed by InfoBarrel writers are their own.
InfoBarrel > Lifestyle > Dating & Relationships

The Woman Who Married Herself

Chen Wei-yih, a previously obscure Taiwanese office worker, was featured on the BBC's website and in every one of the island's newspapers in late 2010 when she celebrated her nuptials. She didn't marry a famous, notorious or fabulously rich person. Nor did she marry someone of the same gender (same sex marriages aren't recognized under Taiwanese law). Instead, she donned a white gown, sent out invitations, organized bridesmaids, and wed herself. As is the custom in Taiwan, she posed for photos several days before the wedding, and released some (including the image below) to the media.

After the ceremony, Chen set off to enjoy a solo honeymoon in Australia. A 30-year-old working for an overseas study counselling business in Taipei, she said her wedding aimed to demonstrate two things to the world. The first is that she places herself above any other person, and that she won't marry simply to make other people happy. In different words, the love of her life to date is herself. Chen took pains to point out she isn't against marriage per se, that she has had relationships which have come close to a marriage commitment, and that she may yet tie the knot if she finds "Mr. Right." Secondly, females who reach their thirties without getting hitched aren't failures, even if their friends and relatives sometimes make them feel as if they're incomplete.

Such attitudes stem from Chinese traditions which continue to influence Taiwanese society. (More than 95% of Taiwanese are of Chinese descent.) According to custom, daughters are mere "temporary" members of their biological parents' households, and their rightful place is their husband's family. During ancestor worship, a married woman is expected to pray to her husband's forefathers, not her own. (This is why Taiwanese women who are Christian often refuse to marry non-Christian Taiwanese, as their unwillingness to take part in ancestor-worship rites may well lead to conflict with their in-laws.) Another consequence is that some females who die before getting married are found living husbands by their parents and posthumously wed, to ensure they don't become troublesome spirits. There's an explanation of these "ghost weddings" in Steven Crook's Keeping Up With The War God. 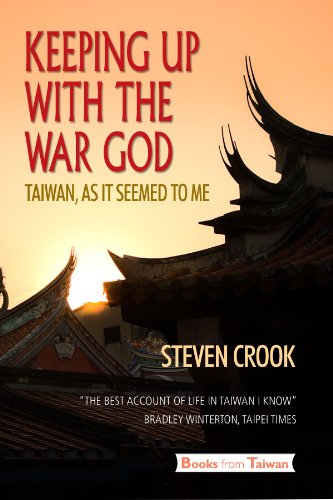 Chen wasn't the first woman to marry herself. In 1993, when Californian Linda Baker reached the age of 40 with no prospect of getting hitched any time soon, she decided to hold a ceremony very similar to Chen's - white wedding dress, 75 friends and relatives, and a male friend who acted as an officiant. During the ritual, Baker promised to be good to herself for the rest of her life. Instead of bringing gifts, those invited made donations to an animal shelter.

Many Taiwanese have embraced life as a single person. Over the long term, marriage rates have dived. Because many young Taiwanese women are well educated and in stable jobs, they're often unwilling to wed unless they can find a man who's equally educated and earning just as much, if not more, money. And over the past 20 years, more than 440,000 Taiwanese men have married women from overseas - mostly from the People's Republic of China, Vietnam and Indonesia - and thus become unavailable as potential husbands for local ladies.

Taiwan's government is alarmed because fewer marriages have led to an extremely low birthrate, possibly the lowest in the world. Many schools in rural areas have closed because there aren't enough students to justify keeping them open. Several private colleges are struggling to remain viable. The population is aging rapidly, and insufficient financial provision has been made for those who will retire in the next few decades. By 2018, it's predicted, the island's total population (currently 23.4 million) will begin to fall because deaths will be exceeding births.

Just as the timing of marriages is influenced by ancient traditions, so is procreation. Taiwan’s birthrate hit a ten-year high in 2012, because the Year of the Dragon is an auspicious period in which to give birth. Nonetheless, the 234,599 babies born that year represent a fertility rate of just 1.265, still well below the replacement rate of 2.1. The birthrate in 2010 was a mere 0.895.

Further denting the fertility rate is a rising divorce rate. The number of divorces in Taiwan (2.6 per 1,000 people in 2013) is lower than in most Western countries, but higher than in Japan (1.9 in recent years) or Singapore (1.5). Given that other countries with low birthrates, such as Japan and Germany, have had little success inspiring their citizens to have more children, it seems Taiwan's population is destined to shrink unless more immigrants are accepted. 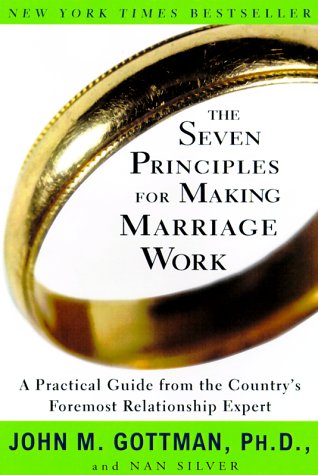 The Seven Principles for Making Marriage Work: A Practical Guide from the Country's Foremost Relationship Expert Amazon Price: $15.00 $5.90 Buy Now(price as of Nov 13, 2016)
Next >> How to Infuriate Professional Musicians