The World's Loudest Fans with Fists!

When the Seattle Seahawks fan group, called Volume 12, decided that they wanted to break the Guinness World Record for the loudest stadium noise ever recorded, I had a feeling that they might have a chance. The Seattle fans have long been known for their noise levels, and while many team’s fans have obtained the moniker “The 12th Man”, the Seattle fans have always been a league apart in that respect. In a sport where communication is key, the ability to drown out your opponent is a definite edge. I watched the Seahawks game on the night they attempted the record, and I have to say that the atmosphere was truly remarkable. The stadium was rocking and the poor San Francisco 49ers offense was clearly affected.

Seattle broke the record that night. I figured that somebody had to hold it; why not let it be the Seahawks fans. Sure, the place was noisy, but I had no idea about how noisy it really was. The television station naturally records the volume during the live telecast and then provides us with a suitable representation of it. There’s no way that they’re going to deliberately blow our eardrums, so all I had to go on was the fact that Al Michaels and Cris Collinsworth were shouting quite loud and that Michelle Tafoya had no chance of doing her piece to camera from 5 yards away from the microphone. It wasn’t until I heard the actual decibel level that I was truly impressed.

Rather than tell you the level that Volume 12 reached straight away, I will give examples of other noises on a rising scale. Just imagine these noises, so that when we get to the Seattle fans, you’ll have a much more visceral feel for what they achieved. I’ll add in some examples along the way too. Here we go. 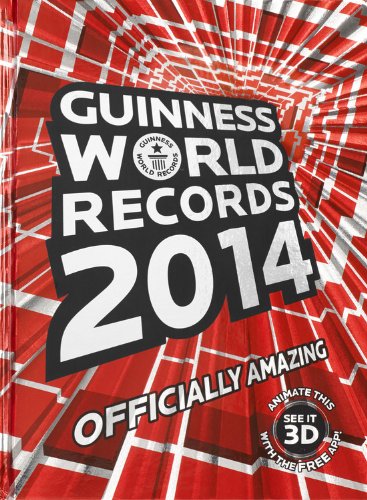 Opinions vary, but a whisper is somewhere in this range. Whispering is quiet, but the treble is high, so the sound carries. At least that’s what they tell me in the army. They claim that low volume normal speech is more effective when we’re in the field and I kind of agree. Have a go at whispering to yourself now. That’ll give you an idea of the volume that we’re talking about. Either way, quiet talking and whispering isn’t going to damage your hearing, or set any Guinness World Records, so let’s move on.

At 60 decibels you’re going to be expecting a far from stressful ambient sound. Conversation in a restaurant or bar will be around this level. If you start to raise your voice in order to hear then you’re going to put that figure up to around 80 dB. To give you a better idea of how 80 decibels sounds, I’ve added a video of a small propeller plane flying overhead. The clip isn’t all that exciting, but it should give you something to compare the whispering to. dB is the cool little bit of shorthand for decibel; cool isn’t it? We’ll carry on using that.

At 100dB, you’re going to be annoyed if the sound is persistent. A baby cries at around 110 dB so the parents reading this can imagine the noise level. Other noises in this range are things like hand drills, power mowers, motorbikes, and live rock music. They’re all pretty loud, but they’re not in the painful range yet. From around 90dB you will probably get permanent hearing loss if you have a prolonged exposure, so it’s probably not a good idea to switch on the power drill and hold it to your ear for three hours just so you can get a taste of how loud a rock concert is.

At this level you’re going to need to be really careful with your ears. If you’ve been exposed to anything above 90 then you should already be wearing ear defense. At 125 dB you’re going to feel pain. The safe exposure time for a noise this loud is measured in just a couple of minutes. We’ve already passed such loud things as power saws, jackhammers, and freight trains, but we still haven’t got to the Seahawks fans. Here’s another example for you to work with. A chainsaw is around 120 dB. Using one of those without any protection is madness. You might as well use it to cut your own ears off.

We’re now in Seahawks territory. At their massive 136.6 dB you’ll be very close to totally destroying your hearing. They say that 140 dB is the loudest recommended noise level that you can endure; even with ear defense. The Seattle fans didn’t get that high but you should now get some sort of impression of how loud they were. Other loud noises in the range are military jet aircraft and gun shots. These crazy fans were setting a record, and by being at the stadium during such noise levels for several hours, they were also permanently damaging their hearing. You’ve might question their sanity, but they’re fans, so you know that they’re dedicated to the point of madness. The Guinness Book of World Records said that The 12th Man broke the previous record of 131.76 dB in the second quarter. After hitting 131.9 dB, they later smashed it after a Marshawn Lynch touchdown. At that point the meter read 136.6. The fans really did become the deciding factor in the game that night and they bring it every week. Well done to Volume 12 and The 12th Man. You want a comparison? Well here are a couple of F15 jets taking off.

Now, you might be wondering what the actual game sounded like. There are no cell phones that have a microphone sturdy enough to adequately capture the noise levels, but I have found you a clip which will give you a little sample. This clip shows a turnover by the 49ers during the game and it is recorded from up in the stands. You can hear the crowd go wild, but keep watching. This article is called The World’s Loudest Fans with Fists right? Enjoy.