The Worshyp: For the Love of Heavy Metal

What’s Up With That Name?

The Worshyp is a metal band based out of Toronto, Canada. Band founder, Marz Nova, chose the name “The Worshyp” in recognition of how metal fans feel about the genre and their devotion to the music. The band describes their music as heavy, progressive, power metal with “nu” (mix of groove, thrash and alternate) metal mixed with grunge to further flesh out their sound. As of this writing (5/30/13), they have over 171,000 fans on Reverbnation, over 91,000 Twitter followers and over 77,000 views on their YouTube channel. They are currently ranked as Canada’s #3 and Toronto’s #1 band on the Reverbnation Metal Chart.

I want to make it clear that none of these young men asked me to write anything about them. After they knew I planned on writing about them, they didn’t ask me to include this, forget that, gloss over the other thing... Nope, none of that nonsense went on. I was given access to plenty of information. Frontman, Marz Nova, did give me permission to grab whatever pictures I wanted to use from the The Worshyp Facebook fan group page. I want to give him a huge “Thank you” for that, it’s so nice to not have to beg for photo permissions!

Members of the band list the following as influences:

Birth of a Band

During a 2012 interview with Broken Neck Radio[2], Nova made the following statement:

"I disliked the less melodic direction that modern heavy metal had been taking and I wanted to hear some riff driven traditional metal with today’s lower tunings. To that end I began writing the material for The Worshyp."

During the winter of 2008, he uploaded a four-song demo to various social media websites. After an astounding amount of positive feedback, he became determined to recruit band members and record a full length album.

Nova (the only Canadian on board), recruited Danish guitarist Thor Rune, bassist Mig Diablo and drummer KK Devina during the spring of 2010. Both Diablo and Devina are from Peru and had previously played with ex-Iron Maiden vocalist, Paul Di’Anno[1]. Anthony Vaughn was recruited as the producer. By that fall, they recorded “Kingdom Earth”. The self-released debut album was unleashed on January 18, 2010. 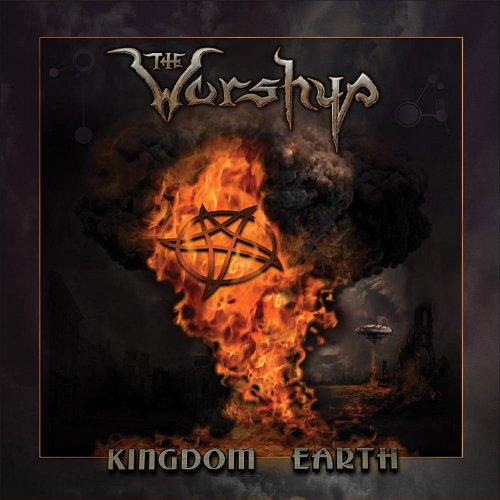 The first side of the album is a tetralogy; a four-part story. The four songs: “Crop Circles”, "Under Surveillance", "My World" and "The Sewers" take us on a journey from aliens leaving us warnings to what life is like when humans have to fight to get the world back. “Left For Dead”, a single from the second side of the album, is in beta testing and set to be released on the next version of RockBand[1].

After a brief, six-show Canadian tour, Devina returned to Peru. Don’t worry, it wasn’t some type of drama-filled, egotistical-musician fight that brought on his decision. As a matter of fact, all of the members remain close friends with Devina and he continues to interact with The Worshyp fans while working on his own projects in Peru.

Remaining members went to work on their second album soon after the tour. In October, 2011 they once again entered the studio to record. This time, they recruited Glen Robinson to produce the album. Robinson, a Grammy nominated producer, had previously worked with Annihilator, Gwar, Queensryche and Voivod. Jimmy DeGrasso, former Megadeth drummer, was also recruited for the album. The second full length album, “Evil Abounds”, was released on May 8, 2012. During its premiere week, it rose to #5 on CD Baby’s top seller charts for global sales in the metal genre[1]. 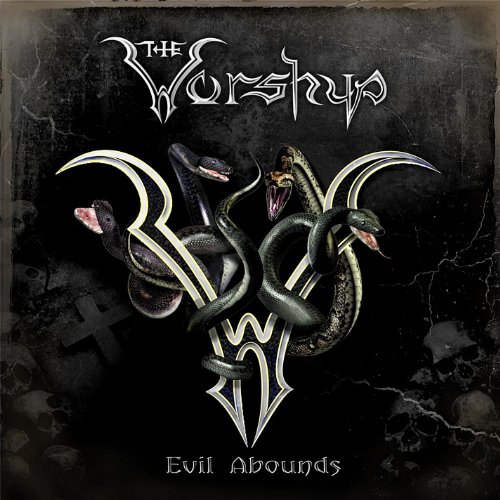 A few songs from this album really stand out. I will choose two that readers may enjoy. The first is “The Graveyard”. I know zombies seem to be all the rage and “The Graveyard” video features footage from “The Walking Dead”. The second video I want to point out is “WarTorn”. This is a tribute to all the men and women serving in the military across the world. I think many of us can say we have a family member (or friend) who has served, or is currently serving, their country. We just can’t acknowledge, or thank them enough, for their service and sacrifice.

What I Really Think

I’m a fan. Period. I won’t get into some blow-by-blow analysis of the music and lyrics, I believe people listen to music and make their own decisions. I will say that it is so refreshing to have some new blood come up from the underground metal scene. Sure, this band fits right in with the heavy metal bands I grew up with, but it isn’t just some rehashed riffs or stale storyline they bring to the table. I can’t even tell you how much I appreciate the fact that Marz Nova doesn’t screech. The Worshyp members know what melody is. They know how to combine a deep, metal sound that pulls you along with a melody and intelligent lyrics. Their subject matter varies and fits just about any mood you find yourself in throughout the day.

Just in case you think they are just for us “older” metal fans, let me correct that impression. I have a teenager; he was a little put off that mom “discovered” this band first. Well, I didn’t find them, they found me - on Twitter. At first, I was afraid they would be another band just spamming for attention. I’m so glad I gave them a listen. As for my son’s attitude, he got over it and he’s a fan. He’s shared the music with his friends. The kids are already trying to cover The Worshyp songs!

Beyond all that, I’m impressed with how intelligent these young men are and how happy they are to interact with fans on their Facebook page. Oh, that reminds me, I need to thank Mr. Nova for teaching me how to quickly convert Fahrenheit to Celsius.