Writing is my happy place, a place where I can lose myself for hours. Although the majority of my writing has been for business, I love nothing better than imparting my passions to others, without taking myself to seriously!   I love current affairs, conspiracy theories, the outdoor life, animals, children (mostly my own), and being creative in all I do.
InfoBarrel is a writing platform for non-fiction, reference-based, informative content. Opinions expressed by InfoBarrel writers are their own.
InfoBarrel > Health > Nutrition & Weight Loss

Much Banter About Banting

Banting n. system for weight loss through diet control, named for William Banting (1797-1878), English undertaker who invented it, tested it himself, and promoted it in his 1863 booklet "Letter on Corpulence, Addressed to the Public." Although the word is a surname, it was used like a verbal noun in-ing. ("She is banting").Online Etymology Dictionary, © 2010 Douglas Harper

In a society exploding with ideas and beliefs on health, fitness and losing weight, it’s no wonder that Joe (or Josephine) Average can be pretty confused about what the healthiest lifestyle choice would be. Not only that, but as soon as you do stumble upon something whose creed is aligned with your own, you are castigated and admonished by the opposing brigade, effectively suggesting that you will be 6-feet under in no time should you embark on this particular plan.

However, food and nutrition didn’t start that way. Since time immemorial the food you ate was based on a very simple formula. If you can hunt it or gather it, it qualified as a healthy diet.  However, with the advent of agriculture, and an ability to mass-produce food, the ballpark changed. People were now able to experience foodstuffs that they never dreamed possible, and in quantities that beggared belief for our Neanderthal ancestors.

With the ability to create carbohydrate-rich products, such as breads, cakes, and pastas, the slow descent to an unhealthy populous began to gather pace. However, with the majority of people throughout the world still not having daily access to these foodstuffs, obesity seemed to remain the preserve of the wealthy and the elite.  This slow descent however, rapidly turned into a floodgate of obesity under the tutelage of one man, Ancel Keys. He was the proverbial cherry on top.

Ancel Keys was an American scientist who introduced the concept that fats make you fat. With a few tenuous studies under his belt, Keys was able to bring about a monumental shift in the way the world viewed fats, and was considered the science behind a globally recognized concept - welcome to the Food Pyramid!

Not bad for a man who trained as an oceanographer.

With the absence of delicious fats, such as butter, cream and cheese to add flavor to meals, food producers started adding sugars, cereals and other manufactured ingredients to bulk it up, and ‘create’ flavor; and with that, real food died.

Real butter was taken away to be substituted with a low-fat man-made alternative, chock-full of chemicals created in a laboratory. The same was done with most foodstuffs. What constituted a healthy breakfast centuries ago, namely, eggs, bacon, and sausages cooked with lard, was replaced with items such as fat-free, flavored yoghurt. All healthy fats were removed and food was pumped full of sugars and artificial flavorants in order to make it taste like it did originally.

Slapping ourselves on the back over our ability to master our surroundings and manufacture a supply of food for the ever-increasing population, this could well have marked the end of the story, merely a footnote in the progression of mankind and science.

However, the story doesn’t end there, and the happy ending we were promised never materialized. In fact over the last 30+ years, with the global endemic of obesity, coupled with disease rates growing exponentially, one has to ask the question – Where did it all go wrong? Shouldn’t we all be thinner, healthily and relatively disease-free following the advice of the ‘experts’?

This chart taken from the National Centre for Biotechnology Information  shows that since the introduction of the Food Pyramid in 1974, obesity rates have soared across the US, a rate reflected the world over. Now it doesn’t take an oceanographer to figure out the correlation between the two.

Thankfully the world is waking up to the fact that fat is fine. Sweden, the original creators of the food pyramid, has even gone so far as to change their national dietary guidelines to favor the low carb high fat lifestyle (LCHF)

The global swing back towards real food has begun, and with it the ambition of millions to take back their bodies – to lose weight healthily, to fight off obesity-related diseases, and to eat food created in nature, not in a laboratory.

A wealth of information is out there for the picking, with many new food heroes’  trying to repair a damaged generation. Gary Taubes, Prof Tim Noakes, Dr Andreas Eenfeldt to name but a few.

So whether you call it Banting, Paleo, LCHF or Atkins, the truth is that a rose by any other name would still smell as sweet… 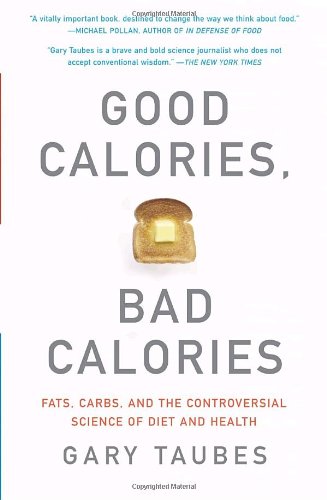