Then and Now: 1913-2013 is a fun and fascinating journey over the last 100 years. Join InfoBarrel's Family of Writers www.infobarrel.com
InfoBarrel is a writing platform for non-fiction, reference-based, informative content. Opinions expressed by InfoBarrel writers are their own.
InfoBarrel > History > Modern History

A great deal has changed since 1913. Indeed, in December of that year women were riding horses and marching down Pennsylvania Avenue in Washington D.C. in quest of gaining the right to vote—many men stood jeering as the 5,000 ladies passed by while others literally pushed and shoved the women for their apparent quest for equality.

In 2013 women hold 98 seats in the 113th Congress, 20 seats in the senate and 78 seats in the House of Representatives. And at the writing of this article Congresswoman Nancy Pelosi

Credit: Soeaker: www.politico.comwho became America’s first Speaker of the House, is now minority leader. Also there are 75 women holding elective, executive offices across the country with five active female governors as these words are being penned.

Credit: Bra Inventor: www.nypost.comreceived her patent for the world’s first modern brassiere. Sometime in October of 2013, women will be celebrating “No Bra Day.”

In December of 1913 the crossword puzzle

was a most intriguing invention in 2013 the White Goat is perhaps the most provocative: It is a very weird machine that turns office paper into—what else—toilet paper. Just pop in 40 sheets of regular paper and a half-hour later you’re on a roll.

Was 1913 an unlucky year? You might think so when you find out 1913 is when the 16th Amendment was approved and government began collecting income tax. In 2013 the government will collect approximately 29.4 percent of all income Americans will earn in the present year or around $4.22 trillion dollars.

Might the poor government do without income tax? The fact is the national debt has gotten 5000 times larger since the federal income tax and the Federal Reserve were created by dear, old Congress back in 1913. And speaking of money, the Indian Head/Buffalo nickel made its debut in 1913.

(As a quick aside prices have raised 723% just since 1964 but wages have not risen at the same rate. The gap naturally widened between the haves and the have-nots. The CPI (consumer price index) indicates that the average weekly earnings today are below what they were in ’64. Thus, in 1964 a single family income could support a family of five when, in most instances, this demands a two-family income to accomplish today. This is more complex than I am making it sound but visible and invisible taxation plays a role in the dilemma spreading poverty).

In 1913 a women could buy a lovely, fashionable skirt

Credit: skirt:1913: www.quinnmburgess.woodpress.com for around $5.00. A moderate but fashionable skirt today

Changing Food Prices  (Price has always varied in different parts of the country).

Credit: www.derbywirelesclub.org.uk that could actually deliver weather reports in Morse code. (Experience in voice transmission did not begin until 1918 and music in 1917. The first clear transmission of speech was not until 1919).

permits two people not only to talk directly to each other but to see each other at the same time. And speaking of 2013 “magic” here’s the LG OLED 55” bringing the hottest new technology into the home

Credit: Facinating TV: www.avmagazine.itRight now you can have it in your living room for right around $11,000.

So what the heck did people do in a typical 1913 evening in a world without News, Weather and Sports?

They actually talked to each other!

Sometimes they read or played games together. In summer weather they sat out on their porches to be entertained by the crickets or visit with people passing by their yards on their evening strolls.

People were far more open and congenial in 1913—front porches and front yards were places that friends and strangers often gathered to visit or share some news. In 2013 the front yard has become little more than a display while the privacy and isolation of the back patio is where most outdoor visiting goes on.

Not everyone had telephones in 1913 but, at least in the east, they had become a middle class luxuryToday the wireless wonders called cell phones have become an extension of our very individuality. Even young children have become addicted to their social-connectedness

in 2013 it is difficult to go anyplace without seeing people yakking away on their cells…perhaps for the many yakking on the cell has become a substitute for Prozac?

Speaking of communication, Hollywood’s very first motion picture was shot in 1913. It was directed by Cecil B. De Mille out of a barn he rented on Vine Street. He had a budget of $15.000 but the picture ended up costing nearly $50,000 because of the unexpected problems that arose—for example, the film was wrongly perforated and had to be repaired.(A good reminder of the rule of thumb that tells us that going in business always takes more time and money than anticipated). In any case, the first full-scape motion picture from Hollywood—The Squaw Man—ended up to be a success and of course the rest is history.

Scene from The Squaw Man

As for art, in 1913 the world of modern art unfolded publicly for the first time at a New York exhibition simply called the Armory Show. There were a lot of American artists showing their work but the Europeans drew the most attention including Matisse’s Blue Nude (Actually painted in 1907) and Duchamp’s Nude Descending Staircase. The cars lined the streets with anxious viewers

Professional critics and art enthusiasts agreed that this art was “non-art” at best and “absurd” in the least. Even fellow artists attending the show were critical of the abstractions. The Cubism of Marcel Duchamp was ridiculed, Matisse’s Blue Nude

was called childlike; even Pablo Picasso’s Woman with a Mustard was mocked.

The art enthusiasts were used to and expecting the classical art they were accustomed to—they were used to seeing nature copied in all its mystery and beauty. Now they were confronted with the abstractions of what was being call modern art…and they didn’t like it. Someone said a monkey could do that!

The truth, however, was that these abstractions were revolutionary art; they were mindscapes…individual consciousness created from within as opposed to copied from something over there.

This trend has not disappeared in 2013. Indeed, a most recent creative artist who happened to be born in 1914 has most recently been discovered as genius and impactful as Gauguin or Cézanne.  His name is Arthur Pinajian. Here’s a sample of his work and my favorite of his paintings. The Orange Roof

The weapons of 1913 were of course not as sophisticated as our weapons today. There was the .30-caliber Krag-Jorgensen rifle as seen here  and carried by the infantry, with the Browning Machinegun as a lethal battle weapon

but weaponry is quickly changing in our times. Indeed, this big, ship’s cannon

doesn’t even fire shells but is, instead, a laser weapon. It will be put in operation next year and installed on the USS Ponce. The Navy says that the Laser Weapons System will make the big Gatling guns obsolete and be able to take down drones for about a dollar’s worth of electricity. It is forecast that lacers will be able to take down large, major targets within a decade. In the meantime 2013 has smart bombs, nukes and missiles but the foot soldier still looks pretty much the same except he is now toting the M16 and not the Springfield as seen here

The positive news on weapons, however, is that they are now creating non-lethal weapons like the Long Range Ocular Interruption Laser as seen here

Credit: Non-lethal weaponry: www.businesinsider.com to stop riots and other worldwide conflicts without causing death; a wise and humanistic solution to disbanding mobs and so forth. This particular weapon will blind and suppress enemies within a 3,000-meter range. It would be nice to think, that in the future, wars would be fought with such weapons but that seems a Polyannish fantasy in 2013.

Credit: Tomb Raid: www.hdwallpapers.inIn regard to this, in 1913 kids were playing outside and using healthy imaginations, today’s games keeps kids seated and deep into the virtual world of the game

There have been a lot of changes between then and now—in 1913 the frontier had not yet been closed for 25 years. High tech was electric lights, cars, airplanes and telephones. The radio beyond Moris Code was still in it extreme infancy as were movies. While it is said that Victorianism ended around 1901, its stiff-necked morals persisted into and far past 1913 as the country’s mores were made up from old Protestant Puritan moralities and Victorian ethics. In 2013 women and men do openly what back them would have been cause to be socially ostracized or even imprisoned. Only this year (2013) Texas courts acknowledged that what two individuals do in the privacy of their bedroom is not the business of the state.

1913 were of course simpler times

Credit: 1913 market: www.oldoreganphotos.comAnd while it is rightfully so that in our times taxes, hidden and otherwise, contribute to America’s growing population of the poor, the other truth is that there is simply more to buy in our times and ordinary paychecks simply can’t afford everything that ordinary people see…and want

Credit: Super Market: www.news.discovery.comIn 1913 paying cash was still considered the only conscientious way to obtain goods and services. In 2013 credit is encouraged but typically only seeds unhappiness and anxieties.

We have progressed a very long way from 1913…but all the progression has not necessarily made a happier, safer or more content world. Will the next hundred years make our lives better…we hope so! 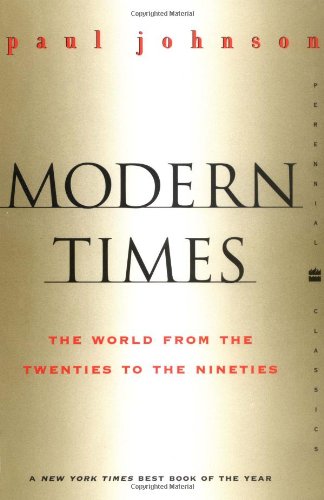 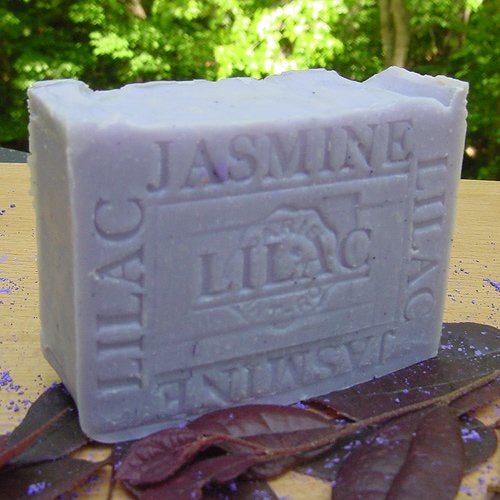 French Jasmine and Lilac Soap with Shea ButterAmazon Price: $12.00 Buy Now(price as of Jun 3, 2014)
Next >> Fashioning a Reign: 90 Years of Style from the Queen's Wardrobe - Magnificent Exhibition at Buckingham Palace