Laughter is the best medicine. (Unless you're really sick....then you should see the doctor.)   Whilst every effort is made to ensure accuracy, the information on this website should not be used for medical purposes without consulting your doctor first or for legal purposes
InfoBarrel is a writing platform for non-fiction, reference-based, informative content. Opinions expressed by InfoBarrel writers are their own.
InfoBarrel > Lifestyle > Philosophy

Things That Doctors Can Learn From Their Patients

Having worked as doctor for the past 6 years, I have, unfortunately, witnessed my fair share of death. Sometimes, despite our best efforts, it is inevitable. Although it is always a difficult experience to go through for a doctor, I have dealt with it by trying to learn something from each patient. When I look at my patients as my teachers, I am more grateful to them than saddened by their passing. Here, I share 5 stories about real patients and the life lessons they taught me.

Younger People Are Not Necessarily Healthier

There is a condition that affects the prostate gland of most men over the age of 60 years old known as benign prostatic hyperplasia. This condition affects the patient’s urinary stream. It affects so many men worldwide that some doctors do not even consider it a disease anymore but more as a normal course of physiology once a man reaches 60 years old.

One day, in my outpatient clinic, I met a new patient who had been referred to us for benign prostatic hyperplasia. He was a kind old man who had just turned 78 years old. He quietly explained that he was a bit nervous to come today because he has never been admitted to any hospital before. He told me that he had initially gone to a private hospital first and they had already done a few tests for him.

When he handed me the results, I was shocked to see his cholesterol level was much lower than mine. He laughed when I told him my own cholesterol level and congratulated him on being officially healthier than a 30 year old doctor.

Our modern 21st century lifestyles mean that the younger age groups have been exposed to fast food and sedentary lifestyles much too early. Even in medical school, we were never properly taught about food nutrition and how to take care of our own bodies. Stress, staying awake at night, and eating whatever happened to be easily available at arm’s reach was something that my body had become used to. And now, at just 30 years old, I have more cholesterol in my body than a 78 year old man. It was a wake up call that it is never too early to start taking care of your health and that younger people are not invincible.

You Can Have All The Problems In The World But If You Really Want To Prioritise Something, You Will Find A Way, Not An Excuse

I have a 65 year old lady under my care for right breast cancer. She had already undergone a right mastectomy and chemotherapy after the operation. She was now taking hormonal treatment and needed to be followed up at our clinic every 4 months to refill her prescription. She told me that her husband had passed away and she lives with her 40 year old daughter who is paralysed. Her daughter had a car accident and her husband ran away with the insurance money and the 2 children, leaving my patient to take care of her daughter alone.

My patient does have one other son who lives about 1 hour away. Normally, he will take her for the clinic follow up on his motorbike. But today, because it was raining, he decided not to come. My poor patient then decided to take her bicycle and ride in the rain for more than one hour just for the follow up.

I wish that I was making this story up because it seemed to me that her life that day was just one depressing incident after another. But what I learned from her was that no matter what obstacles life threw at her, she was able to overcome them and reach her destination. On that particular day, her destination happened to be my clinic. She knew how important her health was and, despite having many possible excuses to give, she chose to prioritise it. This lesson applies not just to health matters but to everything that you choose to prioritise.

People Remember Small Acts of Gratitude And Moments of Happiness

Acute limb ischemia is a condition where a blood clot blocks off the blood supply to, normally, a leg. Doctors then have a so-called “golden period” to identify the problem and salvage the leg before it becomes gangrenous. This golden period is roughly about 4 to 6 hours. The treatment, in my patient’s case, required an embolectomy. An embolectomy is a surgical procedure that involves opening the affected blood vessel and removing the clot that is blocking the blood supply.

Long story short, we managed to get the clot out and save his leg. He was profusely grateful and he happened to express his gratitude on a particularly busy and tiring day when every other patient seemed to be getting worse. He reminded me why I chose to do medicine. 2 years later, I saw him again in the hospital walking around. I was flattered that he still remembered me and I think he was equally surprised that I still remembered him.

Sometimes one little moment of happiness is all you really need to keep yourself from falling apart. Focusing on things which you can be grateful for on a daily basis will not only reduce your stress but greatly increase your serotonin. Serotonin is the “happy hormone”. Equally important is spreading this to other people, just like in the movie Pay It Forward.

Leave Your Comfort Zone And Travel The World

Getting on the plane for the first time may be daunting to some people. In my patient’s case, it was life saving. She had advanced colorectal cancer and read about a new treatment in a specialised cancer hospital in Guangzhou, China. I have to admit that I was not aware such a treatment existed but her cancer has been in remission for the past 4 years.

Don’t wait until too late in your life to explore what the world has to offer. You never know how it will impact your life. Open your mind to new ideas and do not disregard other people’s experiences or opinions.

Patients sometimes feel that what they have to say is less important than what the doctor says, but it is not true. The paternalistic healthcare system is a thing of the past and rightly so. Doctors can surely learn a lot of things from their patients and I hope that these few stories have proved this. 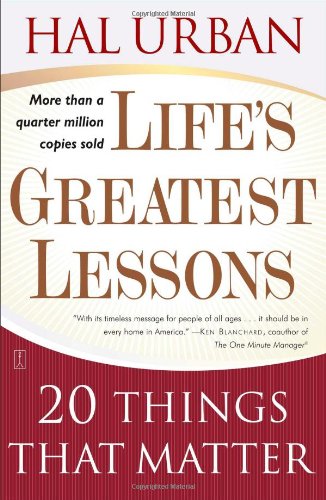