Ken Muise is an active-duty service member currently serving in Honolulu, Hawaii.  He is accompanied by his family and is close to retirement.   Ken has numerous articles on growing a Hawaiian Garden across the web.  Visit Hawaiian Home Gardens for great tips to start your own tropical Garden.
InfoBarrel is a writing platform for non-fiction, reference-based, informative content. Opinions expressed by InfoBarrel writers are their own.
InfoBarrel > Travel & Places > Travel Advice

Things To Do On Oahu: Spend A Day at Hanauma Bay

Hanauma Bay is a “must-do” if you’re visiting Hawaii and on Oahu.  This isn’t a “if we have time” type of activity.  If you don’t visit Hanauma Bay and do some snorkeling, then you’re probably missing out on some of the best attractions and fun that Oahu has to offer.

When you see pictures of clear water, coral reefs and snorkeling in Hawaii, then you just might be looking at pictures from Hanauma Bay.  Within a 20 minute car ride from Honolulu’s airport area you can be parking at Hanauma Bay.  About 30 minutes after that you can be in the beautiful water snorkeling and following fish.

Hanauma Bay is not a beach park. It’s actually a nature reserve.  Over the years, the area was mauled and abused by visitors so the city and county of Honolulu have made it their mission to preserve the bay as is and reverse past damage.  They’ve done a great job, too.

Note:  The Bay is closed to the public on Tuesdays.

Hanauma Bay has very limited parking.  It is best to arrive as early as possible.  During the summer months you’ll be lucky to find parking as early as 9 a.m. and maybe even earlier than that.  That’s the bad news…

The good news is that when I arrived with my family during February, we got there at about 9:45 and there was still some parking available.  According to some of the people that work there they said that the busiest time of day for them is between 8 in the morning to just after noon.  That makes sense; people start leaving Hanauma Bay early because they arrive so early and are beat by noonish.

Another piece of good news is that parking is only one dollar.

Many hotels and touring groups on Oahu have set tours to Hanauma Bay where they will drop you off at the entrance lot and save you aggravation and stress of whether you’ll find parking or not.

Everyone that enters the Hanauma Bay park and beach areas is required to pay a $7.50 entrance fee.  Excluded from this fee are Hawaiian residents, active-duty military and their family, and those visitors that re 12 years and younger.

Once you’re in the park, you are required to watch a short video about the history of Hanauma Bay, snorkeling and beach safety, and some of the amenities that the Bay has to offer (food, snorkeling gear, etc.)

This is only required once per year and as long as you sign your name to the “repeat visitor” list at the end of the movie then you won’t have to do it again until your year is over.  The most important, and often repeated rule, of Hanauma Bay is “look, but don’t touch.”  This is all part of the effort to preserve the bay and protect the natural eco-system.

The movie isn’t that bad.  It’s educational and pretty. All in all, from movie entrance to walking out the door and down to the beach area it only took us about 10 minutes.

The hike down to the beach is steep and much more difficult going up, obviously.  You can pay for a ride down and up that is good all day and will cost you $2.00 to ride a tram.

Remember, if you’re going to forego the tram service then you have to carry everything down on to the beach area; coolers, chairs, bags, cameras and snorkel gear (if you choose not to rent).

There is a snack bar at the top of the hill before going down to the beach area.  It’s pricey and a steep trip up but if you’re thirst and hungry then you have to do what you have to do.  We spent $40 on burgers, Gatorade and fries for three people.  Don’t worry, though, you are allowed to bring your own food and drinks into Hanauma Bay and onto the beach.  NO ALCOHOL and NO SMOKING are allowed in the entire Hanauma Bay area.

If you have snorkeling gear then I would recommend bringing it.  You can rent fins, mask and snorkel separately for $5 per item or you can rent the gear as a set.  At $12 per set to rent, the price is worth it for beginner snorkelers and those without their own gear.  All equipment is sterilized after they are turned in.

In order to rent you will also need to leave an ID or the credit card that you used as a deposit.  Failure to return the equipment will cost you $30 a set.

Snorkeling is the Highlight in Hanauma Bay

Most of the pictures you’ll see in this article were taken by me.  I’m not bragging.  The pictures aren’t great, anyways.  My point is this:  In order to be close to tropical fish, coral and have a blast snorkeling at Hanauma Bay you don’t need to be a professional or have the greatest equipment.  The fish are almost asking to be photographed and give you one of the best times of your life.

I took all of the pictures with my little Fuji Film XP underwater camera.  It is good for up to 20 feet.  If I have any complaints it is that I couldn’t figure out how to take video, but that’s my fault-not the cameras. 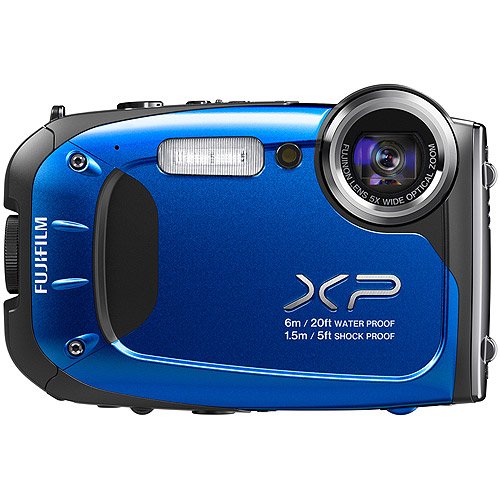 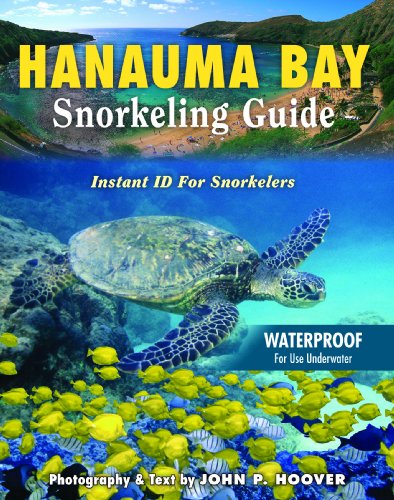 Hanauma Bay has the tamest fish of all of the Hawaii snorkeling spots.  They’re used to being around people.  It’s a definite treat for the kids and newbie snorkeling adults.  I was like a kid, myself.

The Bay has clear, shallow water and white sand.  It takes all of fifteen seconds to reach the first piece of reef from anywhere you enter the water.

I couldn’t believe how easy it was to get up close and follow fish around.  The pictures were super easy to take.  My kids and I would swim from sandy area to sandy area, in between and surrounded by coral and just watch the fish interact with each other, us and the coral.  It was amazing.

Again, Hanauma Bay is a must.  Snorkeling, beaching it, playing in the perfect water-Hanauma Bay has it all.  You can’t miss this opportunity if you’re on Oahu and Hawaii for vacation, business or life.

Beautiful In All Respects: Hanauma Bay 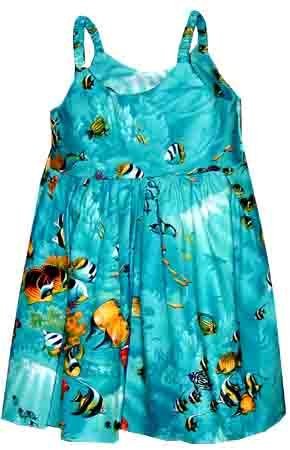 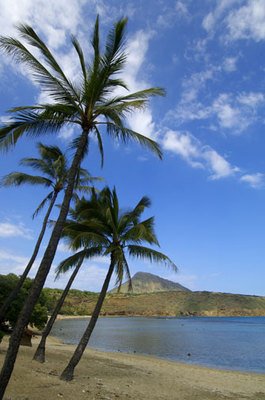