While counting down the days until the latest release in the Tomb Raider franchise, Rise of the Tomb Raider, makes its appearance, it seems as good a time as any to look back on the woman behind the crypts.

Originally released in 1996, Tomb Raider was a groundbreaking 3D action-adventure game and one of the first titles to star a female character. However, all that almost never was if not for a few seemingly minor decisions by the development studio.

Originally Meant to Cash in on the Indiana Jones Hype

The year was 1996 and the Indiana Jones trilogy was thoroughly ingrained in the hearts of movie goers. The hype of the 1980's George Lucas franchise was further kept alive by the Young Indiana Jones Chronicles, a show that was coming to an end. Tomb Raider creators wanted to cash in on this popularity. Toby Gard, the original character creator, wanted to create an Indiana Jones look-alike for the game. However, it was deemed that the Tomb Raider lead should be more original. After one uber-muscular super femme and a Nazi militant, Gard thankfully landed on Lara Croft, or rather, Laura Cruz.

Not only was Lara Croft originally a man, she was originally a smokin' hot Latino explorer named Laura Cruz. However, game developers decided they wanted a more British influence for their main character because everything sound smarter with a British accent. As it turned out, the folks at Core Design sat down with a phone book and found the closest name to Laura Cruz that sounded British (which wasn't hard in a Derby, England phone book). Afterwards, Lara Croft was born. This also means there was a Lara Croft living in Derby, England at some point.

Inspired by a Euro-Rapper and a Comic Book Character

After finally landing on a name, Toby Gard needed to give the original Lara Croft a personality. He stated that he was heavily influenced by popular Euro-rapper Neneh Cherry at the time as well as the indie comic book Tank Girl, a rather explosive combo that worked out well.

Lara Croft was Enhanced By A Programming Error

What made Lara Croft and Tomb Raider particularly well received among young men was the sizeable rack she hosted on her chest. Although toned down in the newer games, Lara Croft's ample bosom was actually a result of a "programming error."

Quotations are necessary considering they could not add in a braid, but could spring for a few extra cup sizes.

Recipient of a Dozen Proposals

Despite not actually being a real person, Eidos staffer Tricia Gray told the world through the New York Times that Lara Croft has been proposed to a dozen times by real men. How does it make you feel that she's fictional with dozens of proposals and you're real with none? Bad? Good.

Core Design created the first Tomb Raider in Derby, England. While they no longer remain in their original office, Lara Croft is still honored in Derby. A blue plaque in her honor sits on the Core Design's old office and in 2010, the inner ring road was renamed Lara Croft Way.

Between Lara Croft in Tomb Raider and Angelina Jolie playing her in the live action movie, she has netted an impressive six world records including:

She has Her Own Album

After the release of the original Tomb Raider, Lara Croft was suddenly everywhere. She appear on magazine covers, in commercials (that weren't even for her game) and on U2 tours. She even recorded a couple of songs. Despite being terrible music and in full English, the two singles were only released in France.

The Voice of the Five

Although Shelley Bond voiced the original Tomb Raider, she was not present in any other games. Since its creation, the voice of Croft has been the project of five different women: Shelley Bond, Judith Gibbons, Jonell Elliot, Keeley Hawes and Camilla Luddington. 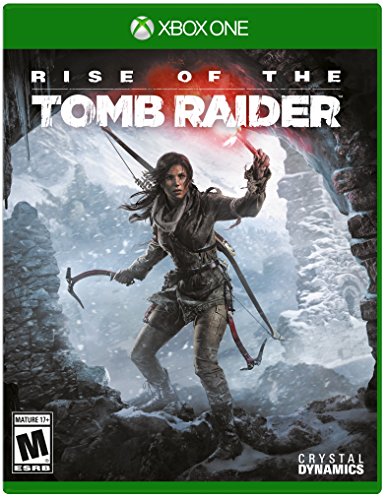