I am a retired teacher of English as a second language. I teach on line via Skype, and write on-line articles which reflect my love of travel, language, literature, history and culture. I love writing for InfoBarrel. Why not join me by signing up here: http://www.infobarrel.com/signup.php
InfoBarrel is a writing platform for non-fiction, reference-based, informative content. Opinions expressed by InfoBarrel writers are their own.
InfoBarrel > Travel & Places > Places > United States

When you think of a winter vacation destination in the United States, you might think of Florida, California or Arizona. New Mexico or Texas might also come to mind, but one state that probably would not make the list is Utah. However, southern Utah is also a great winter sunshine destination.

For the last several years I have been traveling to St. George, Utah with my favorite travel companion. With a group of other baseball wives, I cheer for my partner's slow pitch team in the Huntsman World Senior Games, which take place in St. George every October. I knew very little about this area when I went for the first time, but was surprised to discover a great destination that I look forward to revisiting year after year.

St. George is situated in south west Utah on Interstate 15. It is 90 minutes north of Las Vegas and 4 hours south of Salt Lake City. We have traveled there from both directions. We have spent two long days driving from our home near Vancouver, Canada through the mountains of Idaho and down the entire length of the state from Salt Lake City. We have also flown to Las Vegas and driven a rental car through the barren, dusty Nevada landscape, crossing into Utah via Mesquite, Nevada and the northwestern corner of Arizona.

When you drive from Las Vegas to St. George, the colorless, barren Nevada desert gives way to dramatic red rock formations, a contrast that is not only geological, but also social and cultural. As you enter the Mormon state from Nevada you leave behind legal brothels, unrestricted liquor sales, and an economy dependent on casinos and military bases. You enter a state with historical roots as a religious sanctuary where white church spires dominate the center of each town.

Led by Brigham Young and fleeing religious persecution, the Mormons or Latter Day Saints arrived in the Salt Lake Valley in 1847. They were followed by subsequent waves of LDS pioneers dedicated to establishing a peaceful religious community. Later, as mining and other industries developed, LDS pioneers were followed by settlers from a variety of ethnic backgrounds and religious faiths.

To water their crops, the pioneers built irrigation systems to channel water into the desert, and enforced a strict rationing system to ensure that there was water for all. This foresight seems to have established a responsible attitude to water planning which has stood Utah, the second driest state in the U.S, in good stead.  The state seems to have escaped the dire water shortages experienced by other southwestern states, and is implementing conservation strategies to meet the challenges of climate change and a growing population. Consequently, there appears to be plenty of water for landscaping, and part of the beauty of the St. George area is the frequently seen contrast between bright red cliffs and the lush grass of parks and golf courses.

Credit: By Intothewoods29 (My pic) [Public domain], via Wikimedia Commons

Water is part of the appeal of Town Square Park, which has a splash pad fountain, a lazy river, and a waterfall. It is also home to a lovely old carousel, and is situated in the downtown historic district, where you can find shops, art galleries, restaurants, museums and historic buildings. In the center of St. George's Historic Downtown is Ancestor Square which has 12 designated historic buildings including the original sheriff's office and jailhouse.

A brochure for a self-guided walking tour of the downtown area is available at the Chamber of Commerce.

Events in downtown St. George include a farmers' market every Saturday morning from May to October in Ancestor Square. Here you can browse local produce and crafts while you listen to the music of local musicians. George Streetfest takes place on Main Street from 6 to 10 p.m. on the first Friday of the month from September to December. In addition to street vendors and artists, there are activities for children and a jazz garden for adults.

For an interesting insight into Utah history I recommend visiting St. George's Mormon historical buildings. These attractions are open daily, including Sundays, admission is free and Mormon missionary guides give informative tours. The benefit of having missionary guides is that they are enthusiastic and knowledgeable. The down side is that although they are generally quite charming their missionary zeal can sometimes be a little over the top.

St. George enjoys a warm desert climate with eight inches of rainfall and 255 sunny days per year. It is warm enough here to grow cotton, and the area's nickname, "Utah's Dixie," is a reminder that a significant amount of cotton was produced here during the Civil War.

Young's winter home is situated in downtown St. George and the tour of the lovely house and beautiful gardens provides some fascinating insights into Utah pioneer life.

Situated in the small town of Santa Clara, just outside of St. George, the Jacob Hamblin home is humbler than Brigham Young's house, but also worth a visit.

When we visited the Hamblin home a missionary elder told us the story of Mr. Hamblin's pioneer trek from Illinois, his role in establishing a Mormon community in Santa Clara, and his missionary work with the native people of the area. Then his wife took us on a tour of the house and garden, and provided information about the day to day life of Mr. Hamblin's family.

Completed in 1875 and restored in 1993, the tabernacle was built of hand hewn stone and took 13 years to build. One unique feature of the tabernacle is a beautiful hand-carved, free standing spiral staircase that was constructed by Mitt Romney's great-grandfather.

The tabernacle originally served as both a tabernacle and courthouse and is still used for community activities and worship. It is located in St. George's historic downtown, and hosts many special events, including free musical presentations every Wednesday at 7 p.m. and organ recitals at 12:15 on Saturdays. 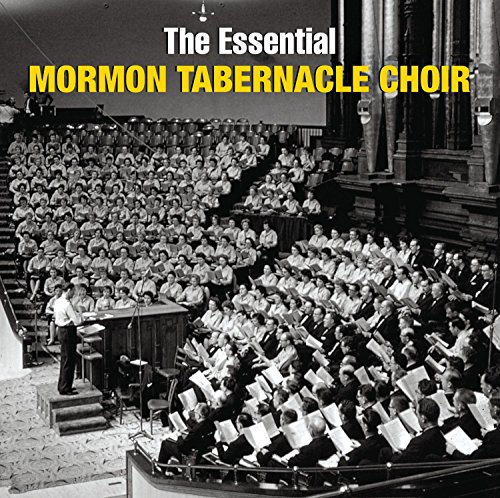 Art buffs will want to visit the St. George Art Museum in downtown St. George which features both local artists and visiting exhibitions.

Seven miles west of St. George is Coyote Art Village in Kayenta. After wandering  around the art galleries and working art studios you can visit an arboretum or walk a meditative path in the Desert Rose stone labryrinth. I was also interested in the community of Kayenta itself. Set in a landscape of dramatic red cliffs, its earth-toned, adobe style houses are semi-subterranean dwellings which blend seamlessly into the  surrounding desert landscape.

Theatrical offerings include the Utah Shakespearean Festival, an award-winning repertory theater which presents both Shakespearean and modern plays, and Brigham’s Playhouse, a small theater which stages quality, affordable family entertainment. My favorite theater, however, and one we make a point of attending when we are in St. George, is Tuacahn.

Tuacahn Center for the Arts is a theater and performing arts high school in the desert just north of St. George. The theater, which presents concerts and spectacular world class musicals,  is situated in a stunning natural amphitheater surrounded by red sandstone cliffs. You can find out more about Tuacahn and experience its unique atmosphere by watching the video below.

If you love market shopping and would like to support Tuacahn, there is an outdoor market there every Saturday morning, with impressive entertainment presented by students from Tuacahn High School.

St. George offers many opportunities for outdoor recreation. There is a network of walking and biking trails in the city itself. There are 13 golf courses in the city and surrounding areas as well as horse trails and areas for off road vehicles, while nearby Zion National Park is a great place for riding, hiking and rock climbing.

The city of St. George hosts a variety of sporting events throughout the year in addition to the Huntsman Senior Games. These include a marathon, the Ironman 70.3 North American Pro Championship and year-round softball events. 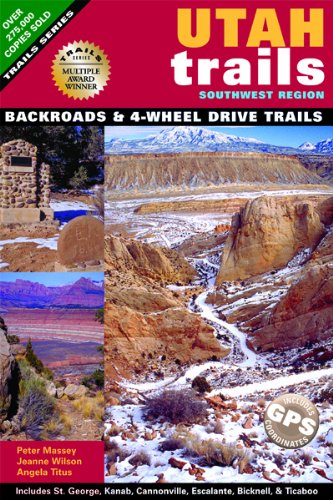 St. George is surrounded by spectacular scenery and a myriad of canyons to explore in state and national parks. Snow Canyon is just north of Tuacahn, while Kolob Canyon on the western edge of Zion's National Park is a 20 minute drive on Interstate 15. Bryce Canyon, with its brilliantly colored eroded sandstone and spectacular rock formations, is 140 miles north on Interstate 15, and it takes approximately three hours to reach the North Rim of the Grand Canyon.

St. George is a family friendly destination with a fascinating history and spectacular scenery which is a great winter vacation destination.