Things to Do in DC This Weekend

Travelling to DC and want to avoid the hordes of tourists? Live in DC and think you have seen it all? If you prefer the path less taken, here is a list for you. Whether it is your first weekend in DC or you are a longtime resident, these suggestions promise some new and exciting things to do in DC this weekend.

Relieve Some Stress at the Bonzai Museum

The National Bonsai & Penjing Museum was founded in 1976 when Japanese bonsai enthusiasts donated several plants to commemorate the United States’ bicentennial. Today the garden houses over 150 well-kept trees in three pavilions. The best part of this garden is that it is located far from the National Mall so most tourists overlook it making it a relaxing destination.

Experience the Darker Side of Medicine

The National Museum of Health and Medicine is not a place for the faint of heart. Founded during the Civil War, this museum began as a series of "specimens of morbid anatomy together with projectiles and foreign bodies removed" collected by medical officers on the battlefields. The specimens were sent to a central location for researchers to study the effects of gunshot wounds, amputations, and other battle injuries. The museum holds the bullet that killed Abraham Lincoln, a syphilis exhibit, several jars of preserved human tissue, and other various medical oddities. While its new location is a just outside of the city, it is well worth the drive for those of those of us with strong stomachs.

Enjoy a Sky-High View of the City

The National Cathedral is one of the few stone cathedrals in the United States and is built on the highest point in Washington DC. Since the height of buildings is strictly enforced in DC, the cathedral offers visitors a unique perspective. By taking an elevator up to the Pilgrim Observation Gallery, visitors can experience a 360 degree view of the city as well as a close-up view of some of the cathedral’s most bizarre gargoyles including a Darth Vader head. While weekend hours are limited a visit to the cathedral is the perfect way to spend a free afternoon in DC this weekend.

Take a Hike Down the C&O Canal

Running parallel to the Potomac River, the C&O Canal was the main artery for the transportation of coal, lumber, and agricultural products in the late 19th century and today is a great escape from the chaos of Washington, DC. The canal spans the 184.5 mile long distance from Cumberland Maryland to Washington, DC and is home to over 1,300 historic sites including lock houses, aqueducts, and dams. Today, the canal is mostly drained but the tow path is open and maintained as a national park. It a great place for a scenic bike ride or hike through the Maryland woods and even provides access to other great sites such as Great Falls, Maryland.

Have a Drink in a Speakeasy

DC is home to several speakeasies. While they are not easy to find, they are well worth the effort. One such bar is the Gibson located in the U corridor. Sandwiched between two popular bars on 14th street, the Gibson is difficult to find if you don’t know what you are looking for since it has no sign and its front door is unmarked. Inside, a host waits in the hallway of what looks like a shady apartment building. If there are no available tables, the host with take your number and call you when one opens up. You must respond within 15 minutes or lose you place in the queue. Inside, the bar is dimly lit by candlelight and the menu has only around 10 items on it. In most cases, the server or bartender will ask you what your taste preferences are and build a cocktail around them. The combination of skilled bartenders and cool atmosphere at the Gibson make it a mandatory destination for anyone looking for a change of pace this weekend from DC’s regular bar scene. 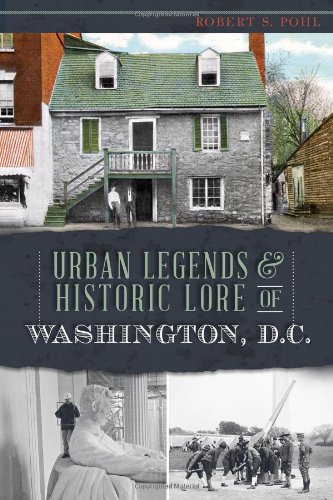