Laughter is the best medicine. (Unless you're really sick....then you should see the doctor.)   Whilst every effort is made to ensure accuracy, the information on this website should not be used for medical purposes without consulting your doctor first or for legal purposes
InfoBarrel is a writing platform for non-fiction, reference-based, informative content. Opinions expressed by InfoBarrel writers are their own.
InfoBarrel > Travel & Places > Places > Sri Lanka

Sri Lanka - The Pearl of the Indian Ocean

The first time I visited Sri Lanka was back in 2011. That was just a short 3-day surprise visit to my boyfriend’s family's house. Granted that since my boyfriend was Sri Lankan, I had an obligation to love his country. But, despite this, I did actually find many things to fall in love with in Sri Lanka as a first time visitor.

Sri Lanka is a small island country located off the southeast coast of India. It was known as Ceylon until 1972. Its history dates back 3000 years and it is a history full of population diversity, mixed religions and urban growth. Its modern history starts in 1505 with colonisation by the Portuguese for about 150 years.  Colombo then fell into the hands of the Dutch in 1656 and then the British in 1796 who occupied the coastal areas under the British East India Company. The British cultivated tea and coffee plantations and eventually started large rubber estates in the early 20th century. Independence from British rule came in 1948 when the Tamils and Singhalese people united to form their first government. Unfortunately, subsequent decades gave rise to disagreements between the Tamils and Singhalese and eventually a 26-year civil war began. This civil war between the Sri Lankan military and the Liberation Tigers of Tamil Eelam ended in 2009 and since then the country has quickly prospered to become one of the fastest growing economies in Asia. It is currently a republic under presidential system rule and is a major exporter of tea, gemstones, cinnamon, rubber and coconuts.

The Nation of Smiling People

The first thing I noticed about the Sri Lankan people, my boyfriend included, was how laid back they are. It didn't matter whether you were a blue-collar worker or a professional. They really did embody their slogan: "the nation of smiling people". They were friendly and very trusting, even of strangers. In other more developed countries, this attitude might describe it as "backward" or "country style". But here, even in the capital city of Colombo, you can still find people who deal with the barter trade system. There were still people who took your word to guarantee something. And, I suppose, that's why they were constantly smiling. They were not reliant on money and, to be honest, that was a bit of a culture shock for me in the beginning. You will also find that Sri Lankan people get a little twinkle in their eye when you mention anything about their beloved sport, cricket.

Better still, show up with cricket gear and see their whole face light up! 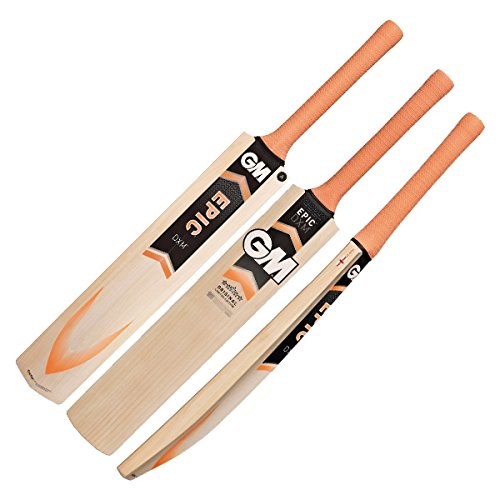 Sri Lankans are generally very gentle people and you will not find them rudely shouting in the streets. That being said, driving is another thing altogether. I am under the impression that, in Sri Lanka, traffic regulations are thought of as more of a suggestion, rather than a rule. It is not uncommon to find 4 lanes of cars trying to fit into a 2-lane street. You will not be able to drive more than 100 metres without hearing the sound of a car horn.

The second thing Sri Lanka is popular for is being a tropical nation. It is a popular tourist spot especially among the British. They love soaking in the Sri Lankan sun. They love the white sand beaches and numerous dive sites. To be fair, who wouldn't love to get away from the hustle and bustle of their lives and relax in a holiday paradise? Imagine lying on a deck chair under the shade of coconut trees and listening to the gentle soothing waves of the ocean. If that wasn't enough, add in the exemplary service of their hotel staff bringing you fresh fruit juices or cheap cocktails as you enjoy the affordable luxury of Sri Lanka. If white sand beaches aren't your thing, there are plenty of nature reserves to go bird watching, ride on elephants and try to spot leopards. Not to mention the cool climate of hilltop resorts and tea plantation experiences.  There are countless historical places to visit and a wide variety of activities that you will surely not be left without anything to do, unless you choose to.

Stilt fishing by the locals

The third, and to some people I have met, the most important thing to mention is the Sri Lankan cuisine.  Do not be misled by the heading above. Although Sri Lankans do love their mixtures of spices and homemade blends of all sorts of curries, spices do not neccessarily equal full-of-chilli spiciness. Believe me, some dishes ARE exceptionally hot and spicy. But others are mild and are designed to bring out the flavour of each particular spice, be it cumin, coriander or cardamom.

India certainly shows some influence due to its proximity but Sri Lankan food is very much distinct from it. Their cuisine has also been influenced by European and Middle Eastern tastes such as the Bolo Fiado (a Portuguese-style layer cake). The nation's main food consists of rice and different types of curry with multiple side dishes. Side dishes might include pickles, chutneys and "sambols" (pastes made from coconut, fish, etc which are believed to increase appetite). Certain symbolic foods are only found at certain times of the year to coincide with religious festivals. Local dishes include Kiribath (milk rice), Roti (traditional bread), and Hoppers (made from fermented batter of rice flour). Sri Lankans also tend to have a sweet tooth. Wattalapam (a rice pudding with coconut milk and jaggery) is a dessert influenced by the Malay immigrants. Other desserts include Kokis and Bibkhan.

Finally, a word about "short eats”. I had absolutely no idea what they meant by this when I first heard the term. “Short eats” are basically finger foods. They are a variety of snacks given to guests who visit a friend’s home for example or small pastries that can be eaten as breakfast on the go.

Dilmah is the most famous local brand of tea which is being exported around the world. 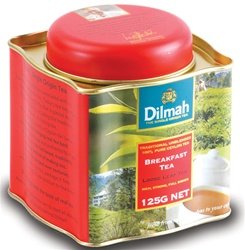 Since 2011, I have visited Sri Lanka once a year. My first trip was merely 3 days long - hardly enough time to do anything but sit at home and meet my boyfriend’s family. The next trip was 4 days. The 3rd trip was one week long and finally enough time to actually do a proper tour of Sri Lankan tourist spots, with my own family tagging along as well. It was during this trip that my boyfriend became my fiancé. The more I fell in love with him, I more I fell in love with his country. It is a beautiful country to visit and the second part of this article will go more in depth into the tourist sites that we visited during our one week tour.

Bring along the Lonely Planet guidebook and explore Sri Lanka with your faithful companion! 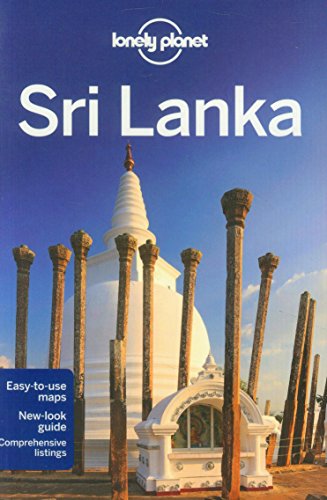