Those Extraordinary Ladies and Gentleman of the Victorian Era

Queen Victoria, who was nearly as wide as she was tall and supposedly said "We are not amused", managed to have a whole era named for her. The Victorian era which lasted as long as her reign, from June 1837 to January 1901, brings to mind looming fogs, spooky grave yards, child labour and Charles Dickens.

Life in the Victorian era was altogether very fine if you happened to be rich, but not so hot if you happened to be part of the majority, who were poor. The rich had  privileged life styles, with an army of servants to do all the grueling housework, while the poor often lived in overcrowded slums, with children who had to work in mines and factories.

Ladies and gentlemen of the Victorian era, followed strict rules of etiquette. You could not simply go up and talk to someone, unless you had been introduced . As a result a secret language developed, using handkerchiefs and fans. Ladies, for example, would twirl their fan in both hands to convey their disinterest in a jug eared suitor, or they may have placed the fan handle to their lips, to convey that they would like to kiss a certain Victorian era, Brad Pitt. On the other hand, poor women were often driven into prostitution as a 'matter of life and death'. The medical journal 'The lancet' actually reported in 1857, that 1 in 16 London women were engaged in prostitution. Nancy, a character in the Dickens novel 'Oliver Twist',  is an example of a Victorian era 'fallen women', who is sympathetically portrayed as both tragic and compassionate by the author.

For ladies fashions changed remarkably over the Victorian period, from bell-shaped gowns, bustles, hooped skirts and of course corsets to torture the body into an hourglass figure. Gentleman also, generally took their role as fashion plates seriously and had their bespoke frock coats, neckties and top hats made at the very best tailors. The working class however, often got their clothing from the 'rag and bone man' and only the very lucky people would have a pair of shoes. Also forget about washing, as most people wore their only piece of clothing until it literally fell off them. There was also a very good black market in stolen items, which is why Charlie Bates swipes the book sellers handkerchief in 'Oliver Twist'.

One area, where the people of the Victorian era excelled, was mourning, which became  a big, expensive and theatrical event. Ladies would have to buy specialised clothing, umbrellas, stationary and even fans and were expected to wear black and mourn for two years. Men wore black, but were not expected to follow the same convoluted mourning etiquette as the ladies. The poor would also go to extreme lengths to follow mourning rules, as wearing color was deemed callous and downright immoral. This led women to dyeing their clothes and hats black and then bleaching them when the mourning period was over.

By far, one of the strangest and most bizarre practices of the Victorian era was memorial portraiture, also called memento mori. This is where mostly middle class people, would take photos of their dead loved ones (The film 'The Others' staring Nicole Kidman displayed such photos). Theses photos were often the only photos families had and they would send them to relatives as keepsakes: creepy!

The Victorian era was unique and while that age has passed, the vibe and sensibility of that time lives on and has evolved into steampunk, gothic and Lolita styles. 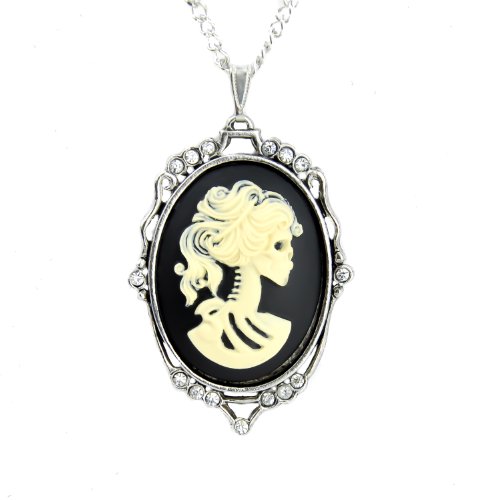 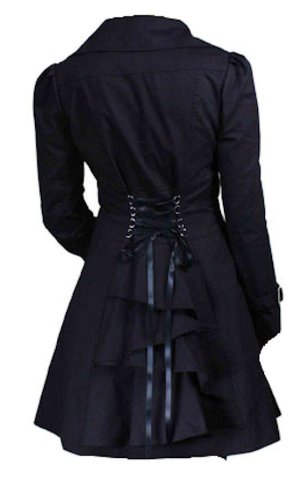