Remember the old school games we played as kids? Jacks? Pick Up Sticks? Marbles? If we had a lot of energy and needed to run around we played tag, hide-n-go seek and jump rope? When exactly did we outgrow them? What made us feel too old, too mature to play these “kiddie games” anymore? Worse, why aren’t our kids playing these games with the same fervor and joy that we did? These games and others are timeless, and tangible, unlike the virtual fantasies that have sucked everyone in. The accomplishments are real. Computerized games with their brilliant graphics and animation have their place. They’re awesome. But they should not replace old school games that also have the ability to enthrall for hours on end. Let’s unplug once in awhile and engage in a little old school fun. It’s sure to bring out the kid in you. Here are three old school games that can do just that. Oh. Kids are welcome to play too!

Remember this nostalgic game? What a classic! A small bouncy ball and ten metal six pronged “jacks” shaped like stars. That’s a recipe for hours of entertainment. I loved playing it as a kid and I have the scar on my pinky to show for it. “Jacks” is a wonderfully fun game of skill that can be played alone or with others. What may initially seem like an easy game of tossing a small ball in the air while picking up the Jacks before the ball bounces twice, is anything but for the true competitors. I can remember having a sore lower back from being hunched over, moms pleading with children to come eat lunch or dinner during matches, and solitary practice on any non-carpeted surface that mom would allow as long as it did not scratch the floor. It’s a timeless game that more kids should be playing. Adults should play too. I know it brings out the child (or childhood competitor) in me. Jacks may not be a video game, but the video instruction will get you going in no time.

[RELATED: It's a Girl Thing]

The young girl in the video did a really nice job of explaining how to play this game. Today’s Jacks seem to be sold jumbo size as is shown in the video. If you can find old-school jacks that are smaller, go for it as those are the real deal! Tips: DON’T play on wooden surfaces that may be prone to giving splinters. Even jumbo pieces are small so watch around young children. 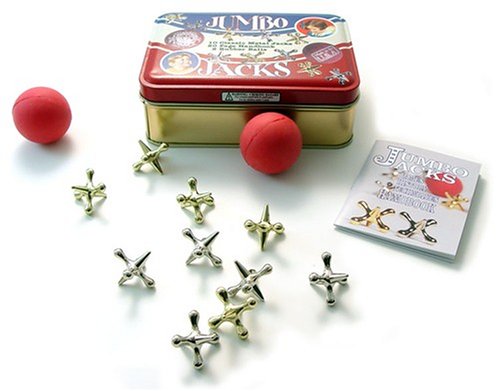 The next of the old school games is as basic a game as any you’ll find because it is entirely made up of a bunch of colored sticks. That’s it! Plus a set of instructions for how to play, of course. You don’t have to worry about this game leaving a huge carbon footprint. The point of Pick Up Sticks is to hold the sticks in your hand, release them and then pick them up one at a time without letting them touch each other. As with Jacks it’s a simple concept, but I can assure you that it is more difficult than it initially appears if played correctly. That’s why the game has been around for so long.

I can remember kids throwing the sticks down in anger at having tasted victory only to have it snatched away at the last second (that was never me, of course), and sticks thrown across the room still being discovered by new homeowners even now (again, never me).

In a weird way Pick Up Sticks reminds me the game Operation (remember that?!) where the object of the game is to “operate” on a man and remove his organs without letting the tweezers (your operating instrument) touch anything. If it did, a big buzzing sound went off and his red nose glowed. It was a jarring sound that trained me quickly. I received it as a Christmas present, mastered it the same day and never played it again. Sorry mom and dad. To paraphrase a poster in an online forum, Pick Up Sticks “… is fun, but exceedingly frustrating.” It is indeed and I can’t wait to play it again. 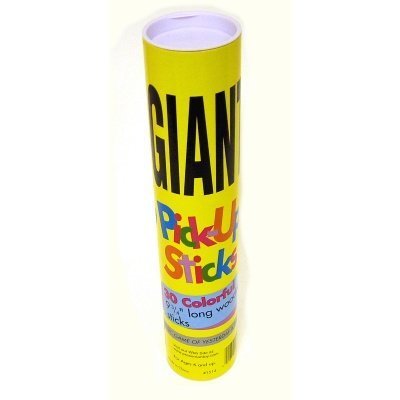 Ah, marbles. What old school games retrospective would be complete without marbles? Before some became rare and people started buying them up in hopes of making a few dollars (seriously, not me), marbles set the standard for old school. Kids competed for the brilliantly colored orbs and traded them like Pokemon cards. The game is relatively simple and made for two or more players. The marbles are housed in a circle that is created on a flat surfaced. Each player has a special marble, typically bigger than the ones in the circle. Each player shoots his or her special marble at the marbles in the circle with the goal of knocking them out. The person who knocks out the most marbles wins. There are many variations to this game and some other details, but this is the basic premise. The following video offers additional information.

I’ve never been terribly good at this game and always lost my marbles (get it?) to competitors. This game of skill takes patience and practice. If you’ve got skills, why not compete in the annual National Marbles Tournament that has been held since 1922! Who knew?

All of these old school games are a tremendous amount of fun and can be quite addictive. They also teach great skills such as observation and problem solving, honing eye-hand coordination, the ability to concentrate and be patient, as well as wonderful life lessons such as the benefits of practice, and playing alone and well with others.

The next time you want to get unplugged, but want something different than board games, try Jacks, Pick Up Sticks, or marbles. Small hands will have fun trying to figure it out and larger (older) hands can loosen up those joints. Video games with their 3-D super realistic graphics and sounds are cool and all, but nothing beats having an old school games, non-tech night where the primary sounds are laughter and friendly jabs during the competition. That never goes out of style.

Credit: Morguefule
Next >> No Man's Sky - How to Efficiently Farm Money