Tips For How To Beat Level 265 On Candy Crush Saga

If you've gotten to level 265 on Candy Crush Saga, you know the drill by now and have a pretty good grasp of the strategy required to get to this level.  Why then, is 265 so difficult to beat and what can you do to get by it as quickly as possible?
The objective of 265 seems relatively simple: you must clear 8 double jellies that are each in a secluded space with the 30 moves allotted.  While this may seem simple, the challenge comes after you clear a jelly, when a colored bomb appears in place of the candy, giving you 12 moves to either clear the bomb or lose the round.
The issue here is that once you clear 3-4 of the jellies, you're going to have a number of bombs to clear before they tick down to 0.  You are very likely to run into the situation where a bomb explodes before you even get a chance to use your 30 moves.  In addition, you need to continue clearing jellies to win the round, and in all reality 30 moves really isn't that many.
With all of this being said, here are a few tips on how to get by level 265:

Every jelly removed starts a new bomb counting down from 12, and once one of these starts you'll be fighting it for the rest of the round!  While it may seem against everything you'd normally expect, you should actually take a few moves to NOT clear the jellies and instead create special candy packets, striped candy and candy bombs.
As you'll read later on, these special candies are the one thing that are going to help you clear all of the jellies, so the more you have early on, the better.

Focus on one side of the board first

The only thing more difficult than having to clear bomb after bomb during the round is having to clear bombs that are located on both the right and left sides of the board.  In fact, there's no guarantee that you'll even be able to clear all of the bombs while playing the round, so by opening bomb opportunities all over the board, you're actually setting yourself up for defeat.
Obviously 30 moves is not a TON, so at some point you may be required to just start clearing whatever you can on the board.  However, the later you do this, the better for moving onto 266! 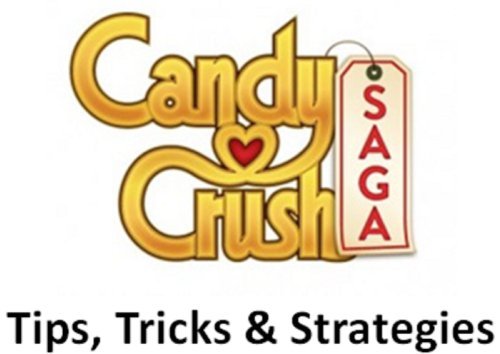 This is really the best and main piece of advice that we can give you on this board.  When the multiple bombs begin counting down to 5, 4, 3, you're going to need options to take out more than one bomb at a time!  Horizontal striped candies are great for taking out 2 jellies / bombs at once, and if you combine one with a candy packet, you'll be able to take out up to 4 jellies / bombs at a time.
If we were to rank the combinations that you should be aiming to get on this board, it would look something like this:

In order to win this round, you're going to need at least a couple of #2 and #3 from this list.  The candy bomb + striped candy combination is a lot tougher to predict / create, but mixing in one of those will also greatly help your chances for success.
Regarding the candy bomb, you need to be patient enough to try to combine this with a striped candy, but not so patient that you run out of moves before using it!  One great use for the candy bomb is to line it up next to a candy that is the same color of a bomb that is counting down.  From there you can attack other areas of the board, and go back to use the candy bomb when the actual bomb is nearing 0.
Hopefully these tips help give you the push you need to get by level 265.  As with some of the earlier levels we've written about, you really just need to be patient and play the best you can given the candy situation you are put in.  Not every round is going to be a winner, but as long as you follow these general tips, you should be in much better shape for victory.
Happy crushing!