As well as being an avid writer, I am also an enthusiastic gamer, anime fan, movie buff, and love of all things strange. Being as I live with a boyfriend, I am also particularly knowledgeable about cleaning and cooking. You can join me in my adventure of writing for money here at Infobarrel. Sign Up today! Also, I wrote a book! Check out The Guild today!
InfoBarrel is a writing platform for non-fiction, reference-based, informative content. Opinions expressed by InfoBarrel writers are their own.
InfoBarrel > Entertainment > Games > Nintendo > Nintendo DS & 3DS

The newest of the Pokemon games are out and fans young and old have been glued to their 3DS, refusing to adhere to the societal pressure of wearing pants, and by this point smelling a bit on the funky side. Like with any Pokemon, but especially with these new ones, there is lots to do. Some things are old classics, some are bright shiny new features. Regardless, there is a lot to do and even more to know. By now specific guides are being cranked out in mass, but here are some general tips to doing well and being the very best that no one ever was.

If you haven't picked up either Pokemon X , Y or both I pity you, you poor soul. However, before you do go pick up a copy, it is best to know what you are getting with each if you are not buying both. Essentially they are the same game, but each version comes with different exclusive Pokemon. 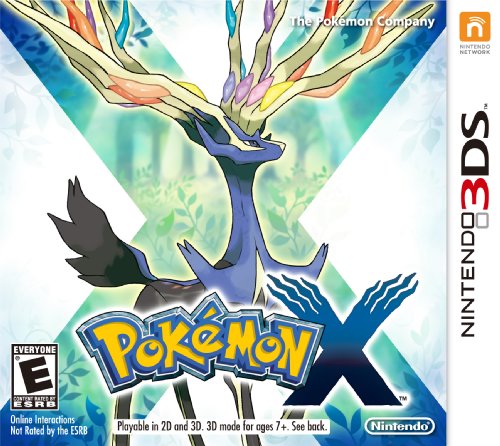 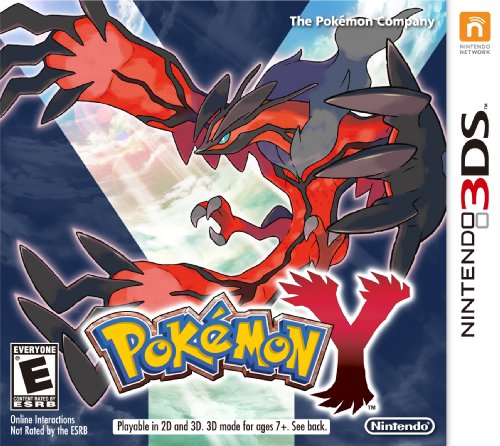 This is absolutely key in every Pokemon game. In Pokemon XY you can choose from three different Pokemon Chespin, Fennekin, or Froakie—Grass, Fire, and Water types. Not a fan of newer generation Pokemon? Well, don't worry, you will get to pick from the original starters later. It may be a good idea to coordinate between your new gen type and your old gen type. For example, if you want yourself a Charizard, you best not pick Fennekin which is the starter fire-type. I mean, you CAN but the key to thriving is really to diversify.

Like with every Pokemon game, there is one choice in the starters that just makes the first part of the game more difficult. In Pokemon XY, this is Chespin the grass-type Pokemon. The first few zones are not friendly to grass-types.

Early in the game you will get the XP Share option, while this has been lacking in previous games, it is great and far more improved in this current version. You have the option to turn it off if you want to be old school, but it saves time not to. While your battling Pokemon will receive the usual amount of experience, but with XP Share all your other Pokemon receive 50% of the kill total after battle.

This gives Pokemon XY a feeling that the game developers don't really want you to spend hours grinding in a few patches of grass anymore. It's something to encourage you to keep going.

Turn on Wifi, Get That Torchic

For a limited a time (unless they change it), you will be able to obtain a mystery gift from turning on your WiFi and downloading it. This mystery gift is a Torchic which, among being handy, is needed for mega evolutions.

Don't cowboy at it though, make sure you obtain a Pokedex (which you get pretty much at the start) before downloading. Currently, this is only offered from October 12th, 2013 to January 15th, 2014.

There are two fossil types added this game, like usual you will only be able to choose one to restore and evolve.

Tyrunt, a Rock/Dragon type that is restored from the Jaw Fossil and evolves into the slightly scary Tyrantrum. To get him to evolve, you must reach level 39 and use him during the day.

Amaura is a Rock/Ice type contained in the Sail Fossil that evolves into Aurorus. Evolution happens after level 39 during the night.

Timing is everything when it comes to fossil-types.

Unlike men, all Pokemon are not created equal. Even if they are the exact same kind of Pokemon. When you have your eye on that one special Pokemon that you simply must have, try and catch multiples. They may be the same, but some are clearly better than others with better stats and a more beneficial nature. After catching a few, pick the one that is best for your particular play style.

Need to go into a gym battle prepared? here is a handy list of the Poke-types you will find within each Kalos gym.

Live and Die By This Chart

I have a special bookmark on my phone that is essentially this handy chart. I look at it all the time, maybe eventually the information will sink in. However, in order to be the very best, this chart will help you get there. It helps in selection of Pokemon and kicking opposing Trainers butts.

You will need the above chart.

Bookmark it, print it out, hang it on the wall, keep it folded in your pocket. Maybe someday they will even make a 3DS skin with it so you can just flip your handheld over.

Hah, and you thought doing dailies was just for World of Warcraft. Now it is for Pokemon too. There are tons of daily stuff you can go around and do to get various items, TMs, and battles

Visit boutiques often. Boutique items are chosen at random, so the best daily event you should do is to visit the boutiques since the stock changes daily.

Visit the place next door to the Pokemon Center in Cyllage City daily for a free massage for your Pokemon. This will increase their happiness stat. The Masseur will get tired after doing so, which means he can only do it once so choose wisely each day.

At a stall in Courmarine City you can choose a free berry to pick up daily. The choices are Cheri Berry, Rawst Berry, and Lum Berry.

Also in Courmarine City, stop by the coast to answer a quick quiz by a girl. You can do this for four days and get four TMs which are Trick Room, Confide, Acrobatics, and Embargo.

Next stop in Courmarine City, seek out Tierno in the cliff part of the city. He will request that you show him a Pokemon with a specific move, when you show him he will give you a Heart Scale daily. This, however, can only be done after defeating the Elite Four.

Also after defeating the Elite Four and battled Calem/Serena in Kiloude City, you will be sent to Professor Sycamore he will inform you of the sundial in Anister City which reacts between 8pm and 9pm. This will allow you to hunt for mega stones during this period. Do it daily and you will go far.

After you have initially defeated the Elite Four, defeated your rival and begun the hunt for Mega Stones, you will be able to return to Kiloude City and battle your rival once a day. Their team doesn't increase but the Pokémon give decent experience and decent money for winning.

I can only assume there are more, but these are the ones that I know of. Dailies may be updates as I find more of them.

Keep Playing After It Ends

After the main story line is done, don't sigh and move on or create a new game. Instead, keep playing. There are quite a few zones that cannot be accessed until after you have beat the game. You may also find more stuff to do across your wanderings.