Kanji consists of the system of Chinese characters used in the Japanese writing system. There are roughly 2,000 to 3,000 characters that see daily use in Japan. With so many methods for learning out there, where do you start? Well, first lets sort out what we even mean by learning kanji. Firstly, do you want to read, or write? Both are quite different goals with quite different processes.

Let's start with simply learning to read kanji, as this is the easiest of the two. Before you learn to read these characters, you should first learn how to read hiragana, which is the most basic writing system in Japanese and consists of 46 characters. Knowing how to read and properly pronounce hiragana characters is essential to understanding proper pronunciation and readings of all the intricate characters you will begin studying. After learning to read hiragana, you'll find that there are many manga, subtitles, and children's books that will have what are called furigana, which are small hiragana characters printed above each character that tell you exactly how to pronounce the character in the context it is used in. For words that are used very frequently, the character along with its furigana will of course appear often and will be easily recognizable due to their prevalence. You may already own or have access to media that has characters with furigana in it, which is a great and fun way to start studying kanji in the context of a story, manga, or anime that you enjoy. If you want to get more serious about learning kanji and hiragana, a fun book is Pict-o-graphix by Michael Rowley which has fantastic imagery that will help you to remember by pictorial association, similar to mnemonic device but with pictures. After you’ve learned this way initially, you will likely continue to recognize a character by its visual association with a picture to remember it. As you practice reading and continue to be exposed to characters in context, this vivid association will begin to fade and you will simply be able to directly recall the meaning without even thinking.

Now lets talk about writing. Before you make the decision to attempt to learn writing kanji, you should first ask yourself what you will actually use it for. Even for people who live and work in Japan, writing by hand is becoming less frequent, and less necessary. The reason for this is of course smartphones, computers, and tablets all make the typing of characters very easy and fluid, thus lessening the need for writing by hand for most people. You may find that yourself getting quickly frustrated by attempting to juggle not only the multiple readings a given character could have, but also remembering the proper stroke order. Rather than overwhelming yourself, it might be better to see how you do learning to write hiragana before attempting to dive head-first into the writing of kanji.

If you’ve decided that you wish to learn to write, then you should begin by picking up a book such as A Guide to Writing Japanese Kanji & Kana from Tuttle Books which will set you on your way to learning the proper way to write from the beginning. This is crucial as each line or curve that makes up a character is meant to be written in a specific order and direction. It sounds complicated, but actually it generally follows the same pattern each time that will be easy to pick up on. It is crucial to start off learning to write by the proper stroke order as it will make things easier later on when more difficult characters are encountered.  You may also ask yourself how such complicated characters can be remembered. The answer is that even the most complicated characters are merely composed of simpler characters known as radicals. The radicals are simply rearranged in different orientations to make different combinations, and in many cases the meaning can be derived from the radicals used.

Learning kanji, whether reading or writing, is very fun and rewarding. As you begin to master some of the basics, learning the more advanced kanji becomes an enjoyable challenge. Don’t allow complicated characters you may come across to scare you away, as you continue to build your understanding, you will see just how easily they can be broken down. Good luck!

For Learning to Read Kanji 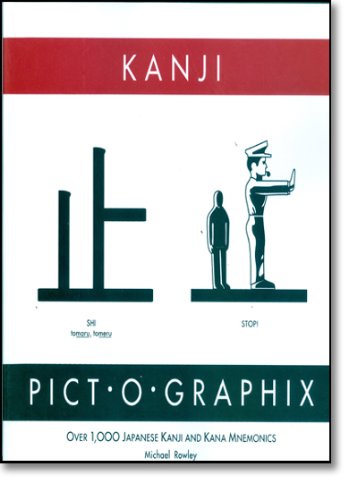 Kanji Pict-O-Graphix: Over 1,000 Japanese Kanji and Kana Mnemonics Amazon Price: $19.95 $6.46 Buy Now(price as of Jun 17, 2015)
For those who want to read kanji, a fun book for remembering the meaning of kanji, it turns kanji learning into entertainment!

For Learning to Write Kanji 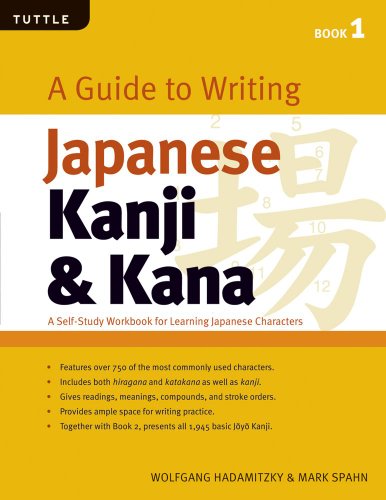 A Guide to Writing Japanese Kanji & Kana: A Self-Study Workbook for Learning Japanese Characters (Tuttle Language Library) Amazon Price: $29.95 $17.77 Buy Now(price as of Jun 17, 2015)
For those who are serious about learning to write kanji, this comprehensive book will go a long way towards getting you started.
Next >> A Guide to Preparing for the IELTS English as a Second Language Examination