Tips on Getting the Girl: Why Nice Guys Finish Last

Have you ever put your heart out there for a female only to have it crushed under the foot of that “special someone”?  Whatever the situation may be, I am sure that most of us have been there at one point or another.  For some reason or another you may just fall head over heels for someone only to watch her leave with the asshole who you know wont treat her the way she deserves.  So why does this happen?

The rules of the game are simple.  Chase or be chased.  So many men walk up to women and feel like the need to sweep them off of their feet upon first meeting them.  This is SOOOOO not the case when reality comes into play.  The object of the game is to create attraction.  The simple step to creating attraction is that women want what they cannot have because the grass is always greener over there.  That is just the way the world works.  Its basic human nature.

If you constantly are perusing a woman, texting her, calling her, buying her things, seeking her attention, and conforming yourself in accordance to her liking, this woman will have the instinct to run.

IF YOU RUN, SHE WILL CHASE

IF YOU CHASE, SHE WILL RUN

The trick to this is to find an even balance.  Stop pursuing your female of choice with such strong intent.  Instead, maybe pursue her for only a small amount of time.  Directly after pursuing her, suddenly find something more important to pursue right in front of her face.  Leave her wanting more.  Trust me. . . . She will take notice.

Speak to other women in front of her.  Flirt with other females.  ( Close female friends work perfect for this.)  Have fun without her and make sure she knows that you are looking around for others even if your intentions still remain solely focused on her.  This will make a female feel jealous and will drive her to begin liking you.

I have watched countless friends of mine pursue women with such intent that the women basically run for the hills.  One of my close friend’s stories sticks out in my mind more than the rest.

On one random night a few buddies of mine and I want out to a local bar.  There we met ourselves a new female bartender.  To make a long story short, my friend landed a phone number and began texting her the next day.  After talking slightly here and there, he began to start making mistakes.  He quickly began texting her on a daily basis.  He quickly fell for this girl and began chasing her with what seemed like the intent to marry this girl.  Eventually he tried so hard that the bartender began to absolutely hate him.  She wouldn’t call him, text him, and most of the time didn’t even feel like talking to him any longer.  After almost two years my friend began to realize that his pursuit of this female was no longer looking like it had a bright future for him.  He basically said, “The hell with this” and moved along.

What happened next will boggle your mind.  Within the week of him calling off the chase all together, she began texting him.  Trust me….. This boggled my mind as well.  I could not believe what was going on.  He was finally beginning to understand the aspect of the game.

My friend and his bartender girl have now been together for almost two years now and remain happy with each other.

Save yourself the time though and stop chasing women.  Be the pursued….NOT THE PERSUER! 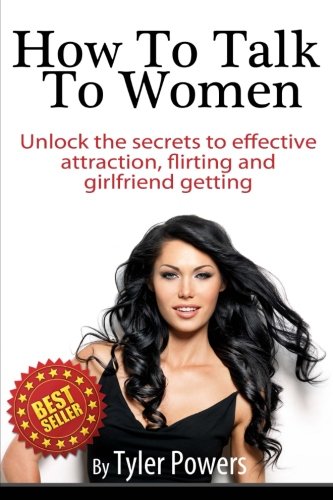 How To Talk To Women: Unlock the secrets to effective attraction, flirting and girlfriend getting Amazon Price: $9.91 Buy Now(price as of Dec 31, 2016)
Next >> How to Infuriate Professional Musicians