For the latest best selling PS3 games, check out this list for ideas of cheap and awesome games for your console!
InfoBarrel is a writing platform for non-fiction, reference-based, informative content. Opinions expressed by InfoBarrel writers are their own.
InfoBarrel > Entertainment > Games > Playstation > PS3

Every time something new comes up, usually the old stuff gets cheaper! Well that is mostly the case with technology, and in this case I'm looking towards the videogame industry. With the birth of a new generation of consoles, usually poorer gamers (like me!) take that chance to grab great games that are no longer news, for great prices! Such is the case with PS3 games and the release of the new PS4. This article is dedicated to some of the best sellers that graced our beloved PS3, exploring a little of each one, while giving ideas of some great titles you might have missed, much more affordable now!

The Gran Turismo series is the most successful game line on the Playstation family, with each game topping many sales chart for the Sony's consoles. The original title of the popular series was the best selling game of all time in the PS1, with the second installment coming right behind. The third game of the franshising comes up only behind the record-breaker GTA: San Andreas, while the fourth one was eventually surpassed by the other GTA games whose sales don't seem to stop. The Gran Turismo version for the PSP is also among the best sellers of the portable, while GT5 comes somewhere in the top 5, practically tied with Grand Theft Auto 4 and only behind the Call of Duty games. 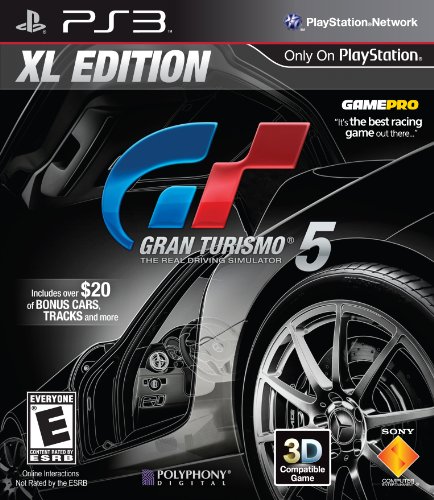 PS3 Gran Turismo 5 XL Edition Amazon Price: $19.99 $12.43 Buy Now(price as of Jun 18, 2015)
With a very humble career start, you will work your way to the most successful pilot, going through dozens of tracks, hundreds of diverse races and more than one thousand attainable vehicles! GT5 is the most accurate thing you can have on your PS3 of a real driving simulator, not to mention the additional online support and numerous available DLC if you can't get enough of this racing masterpiece!

Grand Theft Auto has paved its way from a humble 2D PS1 game into one of the biggest names of the video game industry, surpassed in sales only by Mario, Pokemon, and The Sims. Gran Turismo and GTA have long been the most popular and successful games on the Playstation consoles. However, GTA has made its way into practically every gaming system through the main series and its numerous spin-offs, keeping the numbers of new games rising, and picking the curiosity of new fans about the previous games. (It's incredible how games like GTA San Andreas and Vice City keep making lots of sales worldwide, just look at the PSN top charts.) Across platforms, GTA 4 has made over 25 million sales, while the series has reached the 125 million mark worldwide! We can only see where these figures will go with the imminent release of Grand Theft Auto V! If there's something we gamers have to thank for, for the open world game with action, adventure, shooting and racing elements all in one package, it's Grand Theft Auto. 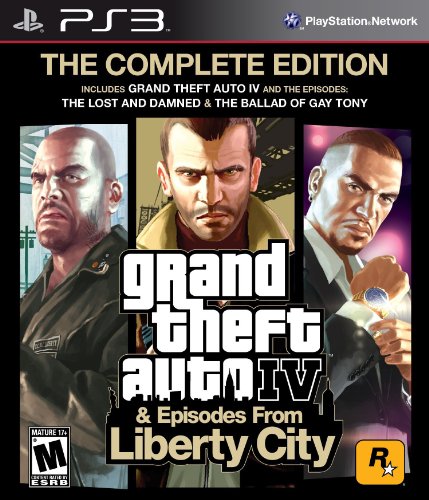 Grand Theft Auto IV & Episodes from Liberty City: The Complete Edition Amazon Price: $29.99 $12.00 Buy Now(price as of Jun 18, 2015)
The fourth title of the main GTA series brings improved graphics, a new protagonist, and a fantastic story line as is traditional in the series, since the debut into 3D through the legendary GTA III. The open world is once again huge, freely explorable and filled with shadowy characters, plenty of dirty jobs and hilarious lines of dialogue! This edition of the game comes bundled with both expansions, making for a very addictive and immersive gaming experience, thanks to the total of three GTA games with interwining plots! One of my favorite PS3 games.

The Uncharted games were just the confirmation that Naughty Dog[1] is probably the top producing studio working today when it comes to releasing quality videogames (while their more recent The Last of Us is simply the pinnacle of videogaming). Uncharted 3 sold 3.8 million copies only on launch day, as the much anticipated conclusion (or was it?) to the highly acclaimed adventurous saga, by players and critics alike. With a fantastic narrative that is born in the original game, every new title charts a new episode in the life of the popular treasure hunter, Nathan Drake. 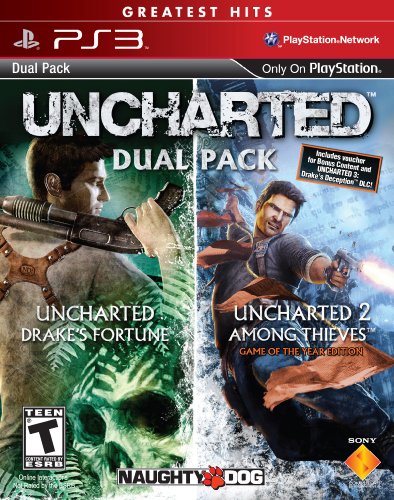 UNCHARTED Greatest Hits Dual Pack Amazon Price: $19.99 $19.32 Buy Now(price as of Jun 18, 2015)
As is the case with any story line, you need to start from the beginning. This dual pack gives any newcomer the chance to experience the original award-winning Uncharted, as well as its sequel, regarded by most as the best game of the saga. This very well-received PS3 exclusive brought with it an action-adventure game combined with platform elements and a third-person perspective, alongside a fantastic story.

God of War came off as a surprise, causing an explosion of excitement and adrenaline on the PS2, bringing with it a fresh and reinvented hack' n slash gameplay (that the whole videogame industry had long been missing), becoming one of the most anticipated action-adventure games as soon as a new title is announced. God of War has expanded into other platforms as well, but the main series has since become one of the main attractions of the Playstation. God of War III is one of the best-rated games on the PS3, following the second entry previously released on the PS2, and spawning two best selling spin-offs on the PSP as well (Chains of Olympus and Ghosts of Sparta). 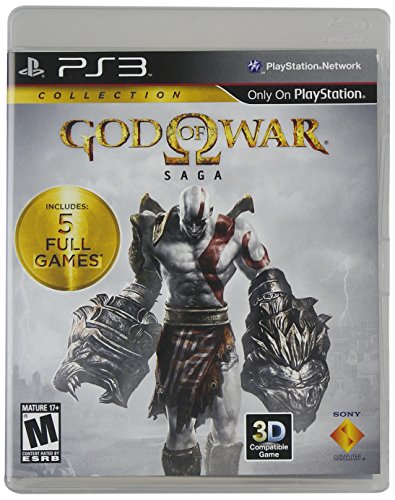 PS3 God of War: Saga Collection - 2 Disc Amazon Price: $19.99 $17.89 Buy Now(price as of Jun 18, 2015)
Get ready for battles of epic proportions! The immersive and addicting gameplay is a staple of the series, and will take the player through an action-packed ride, visiting the most stunning of scenarios and facing the most fantastic of creatures from the violent Greek Mythology. The story is also a strong point in the God of War series. This edition compiles FIVE complete God of War titles! Probably the best purchase you can make for a PS3, especially if you love action and mythology in your games!
Next >> Reloading the Save File I: Devil May Cry