InfoBarrel is a writing platform for non-fiction, reference-based, informative content. Opinions expressed by InfoBarrel writers are their own.
InfoBarrel > Business & Money > Investing

The Top Ten Crowdfunding Projects That Raised The Most Money

How Much Money The Top Kickstarter Projects Raised

Crowdfunding is a great way to jump-start a business or idea. Many people may not know, but there are many resources out there to use for this purpose. Using a crowdfunding resource is a great way to get market validation for projects as well. Instead of trying to get a single investor (angel investor) to, such as, invest $100,000, why not try to get 5,000 people to invest $20? It's the newest trend in investing and receiving funds for new concepts. There a many different crowd funding resources. Here are the top 10 projects funded through Kickstarter.

This printer uses a high precision system which directs a laser across a tray of liquid resin and causes a thin layer to solidify. The FORM 1 ran with a target of $100,000 and raised $2.95 million.

Wish I Was Here Trailer

Wish I Was Here is a comedic drama directed by Zach Braff. The movie is about a struggling actor, father, and husband who is trying to find a purpose to his life. Wish I Was Here ran with a target of $2,000,000 and raised $3.1 Million.

The name of the game, Double Fine Adventure, was changed to Broken Age. Broken age is a point and click adventure game, where the characters are controlled and directed to move about the screen, look at objects, and talk to NPC's (non-player character's) as the game progresses. Broken Age ran with a target of $400,000 and raised $3.34 Million.

Veronica Mars is a movie directed by Rob Thomas, starring Kristen Bell. The movie is about a private eye, Veronica Mars, who gets pulled back to her home town to help out an old flame, who is in the middle of a murder plot. Veronica Mars ran with a target of $2 Million and raised $5.7 Million.

Learn How to get Funded with Crowdfunding

Learn to use Kickstarter to make your great ideas a reality 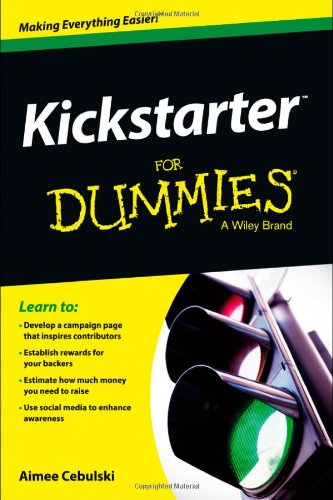 Kickstarter For DummiesAmazon Price: $16.99 $8.87 Buy Now(price as of Apr 23, 2014)
Whether your project is just a spark of an idea or a fully conceived one for which you simply need the funds, this book can help you with your Kickstarter campaign. This book will give you a step-by-step guide to conceptualizing your Kickstarter campaign, gathering the pieces needed, and tools available to maximize your push, as well as deciding what to do after your project is funded.

OUYA is a micro-console running its own version of the Android operating system. OUYA ran with a target of $950,000 and raised $8.6 Million.

The Pebble watch is a smartwatch developed by Pebble technology. The Pebble smartwatch has raised the most funds of any product on any crowdfunding website. Pebble ran with a target of $100,000 and raised $10.27 Million.

Star Citizen is a space combat simulator video game for Microsoft Windows with a strong influence of player interaction. Star citizen is the most funded, crowdfunding project ever. Star Citizen ran with a target of $500,000 and raised a whopping $40 Million!

Results not typical of crowd funding users. We are all marketed a dream from when we are young children that anything is possible. This is not a fallacy and it has become easier and easier to make your dreams come true with the use of technology. There are many great ideas out there, but most of the time people feel nobody cares about their ideas, when most likely it's the contrary. The trick is being courageous enough to make you dreams a reality. The only thing standing in the way is you. These dollars show potential that is out there for anyone with an idea to create a new business venture, record a new album, or even receive investing on a new prototype. Remember ideas are not worth anything until put into action. Transform your passion and idea into a campaign that will get you validation. If you wait any longer to pursue your dreams the chance proves you will most likely not do it; validate your dreams.

How to raise money through crowdfunding 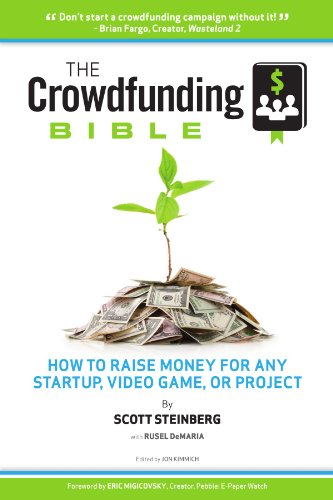 The Crowdfunding Bible: How To Raise Money For Any Startup, Video Game Or ProjectAmazon Price: $13.99 $11.87 Buy Now(price as of Apr 23, 2014)
The world's most comprehensive guide to raising money online, The Crowdfunding Bible shows you how to launch, market and successfully operate a high-tech fundraising campaign, regardless of your chosen industry, scope or budget. Built for enterprising entrepreneurs and individuals alike, it reveals the secrets to catching the media and public's eye, and convincing fans to support ventures of all types, in a language that everyone can understand.
Next >> Why Most Bond Funds are Riskier Than You Think