Shane loves freelance writing on a wide array of topics.  Check out his freelancing website here if you're looking at hiring a freelance writer or if you have plenty of ideas you want to get out there consider signing up on infobarrel to build your audience and start earning today!
InfoBarrel is a writing platform for non-fiction, reference-based, informative content. Opinions expressed by InfoBarrel writers are their own.
InfoBarrel > Entertainment > Film > Movies

While the old joke with cable is that there are 500 channels and still nothing on, let's face it: most of those channels you didn't care about or want anyway. One of the nice things about Netflix is that you can go through a variety of genres to find some movies you might otherwise never have heard of. This list of the 10 best movies you missed on Netflix covers a wide range of genres. They won't all be for everyone, and some are amazing while some are simply surprisingly good for a low budget serve up - but take the list as you like it and enjoy!

Mystery Road is a really exceptional film that I hadn't even heard of before Netflix. Taking place in the Australian Outback, you follow an aborigine cop brought out when a teenager girl is found murdered. The mystery brings him up against racism, corruption within the force, and the hatred of his own community for turning cop as he fights to figure out what is happening. Can he protect his daughter and solve the case? Can he stay alive when the traps swing shut? An absolutely outstanding movie from acting and writing to camera work and drama. This is a truly great movie you should see!

If you were a fan of movies like No Country for Old Men then you'll love the setting and play out of Mystery Road.

One of the best movies you haven't seen!

One of the finest Australian based movies we've seen in ages 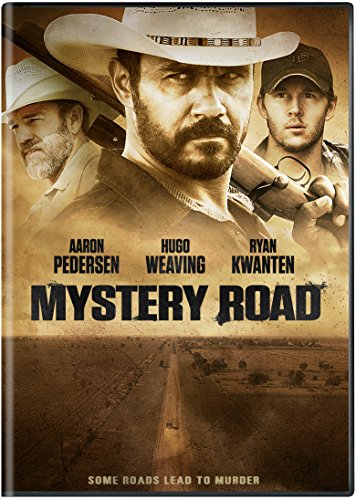 Mystery Road Amazon Price: $24.98 $4.84 Buy Now(price as of Dec 21, 2014)
Stunningly good movie that takes the time to fully weave together all the characters, the drama, and the plot into a fine work of cinematic art. If you're a fan of Quigley Down Under or No Country for Old Men, you're going to love this movie.

This comedy stars Jeff Daniels, who also wrote and directed. This comedy is one of a kind. Set in the Upper Peninsula on the eve of deer hunting season, a terrible hunter faces the ultimate embarrassment of still chasing after his first deer even after decades of trying. This is a bizarre and wildly funny movie that definitely hits the funny bone of anyone who ever grew up in a Midwest or big hunting family. While others will still see the humor and some of the wildly funny and strange scenes, anyone who grew up in a family of hunters will find this film hysterical.

Do you prefer your comedy dark? Do you love those awkward moments that kind of get uncomfortable because you don't know if your favorite character is going to make it or not? Do you like the image of David Hasselhoff threatening to slice off your favorite anatomy with a knife? Stretch is a great dark comedy that really hits when it's firing on all cylinders. There are parts that are a bit formulaic towards the end, but after such a crazy and random ride you kind of welcome the settle down. Stretch is a limo driver who desperately needs $6k to avoid his bookie taking it out on him in other ways. Will he be able to get it in one day? Not since the bellhop in Four Rooms has one man had such a hilariously awful day at work. Watch it for the wild ride.

This is the wildcard. Raveous is almost certainly the oldest film on this list, and has a strange cult following. It's also one of the strangest movies around because even Wikipedia can't decide what genre it is or the main point. Is this supposed to be a historical piece/horror piece or is this supposed to be a really dark comedy? The thing is, most viewers can't seem to agree, either. If you think it's meant to be horror, straight forward, or a period piece, then generally speaking you hate it. If you think it's meant to be cannibal/horror tale with an extremely dark thread of humor running through it, then you think it's an absolutely incredibly great movie. Pure coin flip here: you either despite it, or you think it should have been #1 on this list. 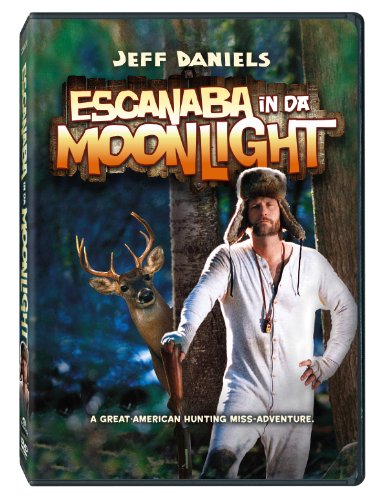 Escanaba in Da Moonlight Amazon Price: $9.99 $9.35 Buy Now(price as of Dec 21, 2014)
Hunting families, Midwest families, anyone who even knows these people: you'll love the humor in this film! Written, directed, and starring Jeff Daniels.

While the title seems to indicate zombie movie, it really isn't. While the background is a plague causing people to bleed back and come back from the dead with murderous intent, the real story here is cabin fever. Feeling trapped, feeling hopeless, feeling the walls close in and the mind start giving way. This film does a very nice job of the old-schooling pacing and tension build up that made so many classic horror films great. Virtually the entire film is in a small cabin the woods as two survivors not only remain under siege from the outside world, but also their own minds.

This is a movie that falls under the "It's not a great movie, but it's fun, entertaining, and moves fast" category. In other words, it's a great horror/post-apocalypse flick for a Saturday marathon. The world has been overrun by vampires, which act like extra strong feral zombies but only come out at night. There are some settlements, and a rumor of a safe haven up north known as Eden. Add in some bizarre cults and you have a fast paced and enjoyable horror/action flick that hits all the right notes. You know, if you're into that sort of thing.

Mindhunters is where this list goes from horror flicks to great psychological based films. This movie has a surprising group of big name actors you'll recognize including Val Kilmer, LL Cool J, and Christian Slater. A group of serial killer profilers-to-be are training to be full time profilers for the FBI and are brought to an abandoned island for one last test only to find the false serial killer scenario is all too real as they begin to get picked off one by one. Will they find the perpetrator among themselves in time, or will time run out on all of them?

Featuring Luke Wilson and Samuel L. Jackson, this film has intriguing characters, a terrifying bad guy, and an interesting take/twist on the revenge film narrative. Once the action gets rolling the sequence keeps going, growing like an out of control avalanche and even including a twist that you don't see coming. The title of the movie says it all, and in more ways than you can imagine until the very end! 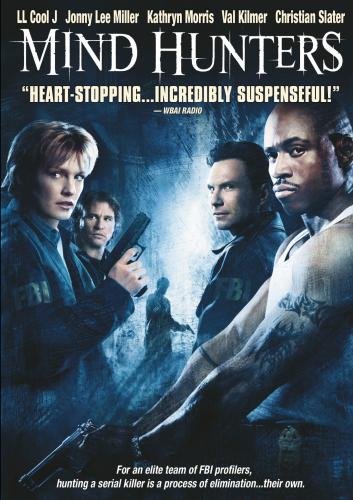 Mindhunters Amazon Price: $19.98 $9.70 Buy Now(price as of Dec 21, 2014)
Follow this star-heavy cast through the frightening and suspenseful hunt for a serial killer who knows how to profile his profilers!

This movie really is one of a kind as far as its visuals and its uniqueness. The world has ended and the survivors are on one long train that continues on its course around the world. But like the old world, the train cars are separated by class. A revolt begins, leading to a non-stop sequence of action that creates an intense and fascinating movie worth the watch.

This is a Korean action movie based on a French graphic novel, so you can be forgiven if this is the first you're hearing of it. If you've seen this one on Netflix, it's time to hit the play button!

There's the original foreign version, but this refers to the Spike Lee remake. This is an amazing movie, but it does come with a couple of huge warnings. This movie is violent. I mean ultra-violent. Second, it's disturbing. As in I'm a fan of really dark movies, but this set up goes to places where I wouldn't send my stories. Is it fantastic? Yes. Are you going to feel sick to your stomach and even viscerally upset by how the movie plays out? Almost certainly.

In other words this is one heck of a movie, but you don't watch it when you're in the mood for something light or easy-going. 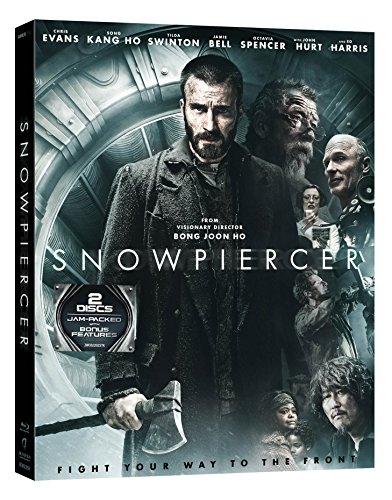