Or the old calendar switcheroo

The origins of April Fools' Day, like Mardi Gras, appear to be up for debate or debunking.

Alex Boese, in charge of the Museum of Hoaxes[1], told National Geographic news author Graeme Stemp-Morlock (in 2008) that he believes the day was part of European spring festivals.[2]

Other sources[3][4][5][6] believe the switch of the Julian calendar (in the late 1500s) to the Gregorian calendar is behind the ridicule of those deemed fools on April 1st.

When the calendar changed; so did New Year's Day. The first day of the year would now be January 1st instead of the end of March or April 1st. Therefore anyone who celebrated the New Year in March or April might (or did) become the subject of ridicule.

The Fun may have begun sooner

Similar to Mardi Gras, it appears that April Fools' Day could have Roman origins. Hilaria[7] (akin to the word hilarious) was an ancient Roman celebration which took place March 25th on the first day after equinox[8], when daytime is longer than night. Apparently, people wore disguises and were allowed to imitate anyone (even government officials).

Oh, I like the sound of that. So, without further ado, here are my top 10 hilarious impersonators, according to me (a Canadian, sorry).

Not every brilliant impersonation was available on YouTube for uploading (at the time of publish). So I apologize in advance for those I was unable to include in this list.

Also, I have a soft spot for new (or lesser known) comedians, so I included a few. And I aimed to include women as well as men in this line up.

As an added bonus

Many of these clips include numerous impersonations of famous people, so sit back and enjoy (oh and I should issue a spew alert).

For those who don't know, a spew alert is a warning that you shouldn't have a mouthful of food or drink while viewing these (or the stuff in your mouth might end up on your screen and keyboard if you laugh unexpectedly).

A LOL book by Ross Mathews

Just out February 2014 (and Chelsea endorsed it) 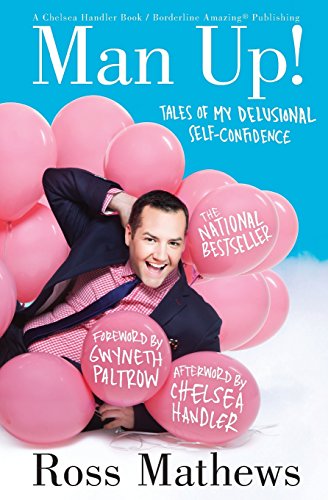 Man Up!: Tales of My Delusional Self-Confidence (A Chelsea Handler Book/Borderline Amazing Publishing) Amazon Price: $14.00 $2.99 Buy Now(price as of Dec 19, 2016)
Ross Mathews was formerly an intern on The Tonight Show with Jay Leno. He grew up in a small town and has managed to remain true to himself throughout his career. His refreshing honesty has earned him one-on-one interactions with celebrities like Gwyneth Paltrow (who also wrote the foreward in his book), Madonna, Michelle Kwan, and more. Notably, Chelsea Handler wrote the afterword.