Mexico City is one of the largest cities in the world, and it is packed full of cultural and historical attractions and sites.  The former Aztec and Spanish Empire is now the Mexican capital, and home to more museums than any other city in the world. The 1968 Olympic Games were held here, and there are numerous places to watch competitive sport and to exercise.  A comprehensive public transport system links all the important parts of the city and negates the need to drive the notoriously traffic-jammed streets.  Cost of living is low, and the food excellent. Prepare to have your senses aroused.

The historic city centre (Centro Historico) is focused around Zocalo (Plaze de la Constitucion), a large square where events are held and locals congregate.  Sites here include Catedral Metropolitana, the largest cathedral in the Americas, the National Palace (Palacio Nacional), the National Art Museum, Palacio de Bellas Artes and Templo Mayor, important Aztec pyramid ruins.  This area can become overcrowded at the weekend. For a more relaxed trip and easy access to the sites, visit on a weekday, but if you want the full Mexico City experience, visit on a Sunday afternoon.

There are a number of important attractions within Bosque de Chapultepec, a large public park towards the western end of Paseo de la Reforma.  The large zoo has elephants, big cats, giraffe, white rhino, monkeys, giant panda and a wide selection of birds.  It has free entry and is well worth a visit.  The nearby National Anthropological Museum houses the world's most significant collection of pre-Hispanic Mexican art.  Other museums include the National History Museum and the Museum of Modern Art.  At weekends the areas around the park's three lakes become a hive of activity, with street vendors selling a range of food and other items, and hundreds of locals and visitors taking to the water in pedalboats. La Feria Chapultepec Magico, the oldest amusement park in Mexico, is also located here. There are regular Spanish and English language concerts at the Auditorio Nacional. Chapultepec is a good place to exercise, with dedicated jogging trails and exercise areas, and areas suitable for rollerblading.

The Xochimilco Floating Gardens, located in the southern suburbs of the city, is a UNESCO World Heritage Site.  The vast network of Aztec waterways and floating flower gardens is one of the most unique and authentic sites of the city.  Hundreds of vividly-coloured boats, known as trajineras, carry bands, tourists and locals on a voyage back in time to what the city looked like prior to the arrival of the Spanish in 1521.

Teotihuacan, located just 40 km north of the city, one of the largest archaeological sites in Central America.  It features palace complexes, pyramids, museums and other ruins over an area of approximately 20 km squared. Buses leave from Terminal Autobuses del Norte.  Be prepared for long walks and the scorching midday sun.

There are many places to watch and play sport.  Estadio Azteca, with a capacity of 150,000, is one of the largest football stadiums in the world, and is home to top Mexican club Club America FC. Built for the 1968 Olympic Games, it also hosted games during the 1970 and 1986 FIFA World Cup competitions.  The Olympic Stadium (Estadio Olimpico de Ciudad Universitaria) and Estadio Azul (football), Foro Sol (baseball), Palacio de los Deportes (indoor sports and occasional NBA games) also host major sporting events. Mexican free wrestling is a popular form of entertainment and can be watched at Arena Mexico.  NASCAR races are hosted at Autodromo Hermanos Rodrigues, and Hipodromo de las Americas has regular horse racing. If you fancy a jog or leisurely stroll, check out Bosque de Tlalpan or Viveros de Coyoacan.

Crafts and souvenirs can be purchased at Mercado de Curiosidades, a large building with many small art and craft shops in Centro Historico, at Mercado Insurgentes on Calle Londres in Zona Rosa, where ceramics and silver is sold at reasonable prices, and at Mercado Artesanias de la Ciudela on Calle de Balderas.  Department stores, selling a broad range of goods, can be found in Centro Historico. 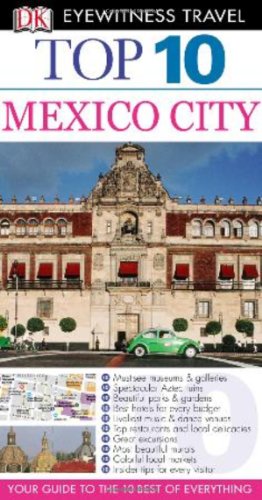