When it comes to wealth, if you have read any of my other articles, you know that I use per capita income to create my lists. First, this allows for a truer sense of wealth in the most basic sense, because it bypasses GDP all together and looks at the people inside a city instead of the businesses. Second, it gives a much truer sense of wealth than simply using median home prices, because as you know by now, some of the most expensive neighborhoods in this delightful country are inhabited by some of the most indebted people.

New York City is a circus. This is not a surprise. However, what my be a surprise is that New York City has a ton of suburbs right outside of Manhattan and many of them are extremely secluded and prestigious. If you like the convenience of the city but don't want your kids walking the streets like the Dead Rabbits, then this list of the ten wealthiest suburbs of New York City should help you out. Note all of these cities have a New York zip code, sorry Snookie.

Although it is not large, Cove Neck is one of the wealthiest cities from a pure per capita income perspective in the Eastern half of the United States. This affluent incorporated village is actually located within the town of Oyster Bay in Nassau County, and if that doesn't help, perhaps you've seen Meet the Parents. That's where the parents live. Home to some of Long Island's wealthiest families, this cute little town is where the estate of President Theodore Roosevelt is located; now a museum.

The second wealthiest New York suburb of New York City is part of a group of towns known as the Five Towns. I hate to keep referencing media, but if you are any kind of Entourage fan like I am, you will know that Johnny Drama was in the show Five Towns, and I'm assuming its in reference to this area. With an astronomical median household income, Hewlett Bay Park is rightfully planted at the top of this list.

Home to residents such as Sean Hannity and Rupert Murdock, if you ain't Republican you might not want to risk leaving that Obama 2012 bumper sticker on the back of your Honda Civic if you drive through this rich city. Centre Island is located along Long Island's north shore in what is known as the Gold Coast. It's kind of crazy but 12.5% of the population is below the poverty line here, so I'm thinking that either the Big Apples's poverty threshold is a lot higher or there are some bums living in Hannity's garden.

Located within the town of North Hempstead, this suburb coming in at number four on our list of the Top 10 Wealthiest New York Suburbs of the Big Apple is yet another Nasssau County community. Located at the northernmost tip of the Cow Neck Peninsula on the North Shore of Long Island, this affluent ocean city is one to make Gatsby proud. Let's just hope there are as many attractive ladies rolling around.

I'm telling you, Oyster Bay, New York is where it's at! Oyster Bay Cove is yet another incorporated village located in the larger town of Oyster Bay. Founded in 1931, rich people have been keeping it real for a long time here. Though not necessarily as nice of an overall location in terms of ocean access as Cove Neck, this wealthy suburb still has a lot going for it in terms of its location in relation to the ocean.

The sixth wealthiest New York suburb of NYC is a city which derives its name from the Latin word 'Planus Domus', meaning plain, or level home. Don't take the name too literally however, as homes in this wealthy city are anything but plain. With a western seaboard

In 1998, Worth Magazine ranked Matinecock as the fifth richest town in America and the richest town in New York. Obviously some things have changed since the 90's, however this affluent suburb of a little more than 800 people continues to thrive. Located in Nassau County like most of the other cities on this list, Long Island has proved to be the place to move if you want to be amongst the very richest in New York.

The gorgeous town and village of Scarsdale is located in Westchester County; in the northern suburbs of the Big Apple. Named by Caleb Heathcote after his ancestral home in Derbyshire, England in the late 17th century, Scarsdale has been kicking for longer than the United States has. In the 1950's Scarsdale became the subject of a national controversy when a "Committee of Ten" led by Otton Dohrenwend alleged "Communist infiltration" in the public schools.

Located about 15 miles north of midtown Manhattan in southern Westchester County, Bronxville is currently the 20th highest income place in the United States. Millionaire real estate and pharmaceutical mogul William Van Duzer Lawrence played a critical role in the development of this affluent village, seeking to create a wealthy community defined by magnificent homes in a country-like setting. Originally known as "Underhill's Crossing", it officially changed to Bronxville upon formal establishment of the community.

Not too long ago, Muttontown, New York was ranked as one of the wealthiest towns in America by BusinessWeek. This affluent cities name derives from the fact that it was once used as a pasture for sheep. As boring or interesting as you find that fact, few people can argue with one thing; if this is the 10th wealthiest suburb of NYC located within a New York zip code, then New York has plenty of places that would make most other cities lists not even listed on this list.

If Gatsby was a real guy, then chances are East Egg would be located within the area of one of these ten wealthy suburbs listed above. More accurately, he would live somewhere in Nassau County. NYC often times gets a bad rap by people outside of it's immediate area, whether it be criticism of high crime or high cost-of-living. New York City has gone through a paradigm shift in the last twenty or so years, and it is now one of the safest cities per capita in the United States. Additionally, although it is expensive to live in Manhattan - more accurately it is supremely expensive - Long Island is actually much more affordable. If you are looking to move to the suburbs in NY and you have a professional degree or otherwise make about $200,000, take a look at these suburbs before looking Upstate. You will thank me.

If you enjoyed this article or found it helpful, let me know and read my other articles. I write about all things, but have as of recent been on a Top 10 bender. I have listed some similar articles below, and if you can't find anything to your fancy here, check out the rest on my profile. 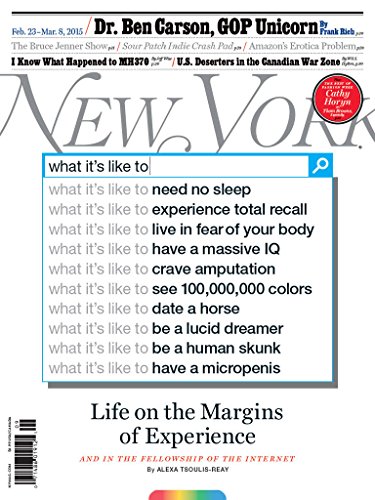