When it comes to wealthy suburbs, there are only a few cities that do it to a scale like Houston. Houston is not a sexy city, nor is it known particularly for its wealth by the general, uneducated public. However, it is one of the largest metro areas in the United States and as such, if for no other reason than shear volume, Houston has plenty of rich suburbs surrounding it. Since we all know that Texas has oil, the previous statement is only half-true. The first time I ever visited Houston, I probably got in more trouble than I'd like to admit. It's a great city! Make sure to cover your eyes if you are sensitive however, as it has more gentleman's clubs than any other city in this great country. So without further jabber jawing, here are the Top 10 Wealthiest Texas Suburbs of Houston.

Piney Point Village takes the top spot as the wealthiest suburb of Houston, Texas. With a staggering median household income, especially considering the low cost of living in Texas, this well kept secret of Houston is every housewives dream. If you move here, Roger Clemens may very well end up being your neighbor, as he is one of the more notable persons to inhabit this affluent suburb. Located in west Houston, Piney Point Village is part of a collection of upscale residential communities known as the Memorial Villages. One thing is for sure, every single Top 10 list in Texas should have this place firmly planted on it.

According to a 2010 BusinessWeek study, this wealthy city, which officially is part of the mailing address of Houston, was the most expensive suburb in Texas. Just like it's rich counterpart, Piney Point Village, Hunters Creek Village is located in the wealthy area known as the Memorial Villages. In 2008, Forbes.com named this town as one of the Top 3 Houston area "Suburbs to Live Well". Whatever that means, it can't possibly be a bad thing.

Coming in as the third wealthiest Texas suburb of Houston is also the third city to make up the affluent area known as the Memorial Villages. Just like Hunters Creek Village, if you want to get technical, its name is not an acceptable city designation for mail addresses. Rather, if you know someone lucky enough to live here, simply address it to Houston and it should find its way. If you are a Republican, it might be interesting to know that the pro-Republican Party publication Human Events identified the zip code of 77024 as the zip code that gave the eighth largest contribution to John McCain's 2008 U.S. Presidential Election campaign. Moral is, if you're a rich Republican, why not move somewhere there are tons of people to think tank good jokes about liberals. Not that it takes much thinking. Burn.

Although it may be the smallest of the Memorial Villages in terms of area, as of 2000, Hilshire Village was the 10th wealthiest location in Texas by per capita income. After Frank Bruess purchased 30 acres in the 1940s, he called his new land Hilshire Village after reading about a country estate in Hilshire, England he apparently liked. By the beginning of the 1950s, construction began on this small piece of property, which was not ever annexed by Houston since it was incorporated in 1955.

The first city of any substantial size has finally arrived, and as such, I feel obligated to tell you that as of 2011, this rich city in Texas had the fifth highest fraction of households with incomes of $150,000 or greater. In West University Place, Texas, almost all of the street names are allusions to either a university, college, or poet. This is also the location of prestigious Rice University. In 2011, the group On Numbers ranked "West U" as the community in the southern United States with the highest quality of life.

The sixth richest suburb of Houston is Southside Place, TX. Home to Shell Oil Company's Bellaire Technology Center, you may find different figures on Southside Place in terms of per capita income, but on this list, this affluent city comes in at number 6 on the Top 10 Wealthiest Texas Suburbs of Houston. At the 2000 Census, Southside Place ranked 13th in terms of per capita income in the entire state of Texas. If there is one thing for certain, moving to Houston gives you plenty of options if you want to move into a neighborhood that gives you both luxury and city privileges.

If you are looking for a great life, "The City of Homes" as this Texas suburb has come to been known was named Bellaire because it had good breezes. In addition to being able to cool off on a warm summer day, which of course Houston has plenty of, this Top 10 wealthy suburb allows residents to build larger than normal homes since it's housing lots are 75 feet by 130 feet opposed to the typical 50 feet by 120 feet lots found in West University Place. As Houston, TX continues to grow, these villages that dominate this list are often time categorized as neighborhoods, but technically, they are incorporated and it is a shame to not recognize that.

Easily the coolest city of the wealthy Houston suburbs, the small community of Tiki Island is made up entirely of homes located on an inlet connected to the Gulf of Mexico. A lot of people don't know that Houston, along with an underground city unlike any other, is very close to the ocean. Tiki Island is wealthy, but what really makes it special is that along with it's ocean location, the homes that are made in authentic beach style. For every 100 females, there are 106 males, and as much as I hate to put that, I'm a guy so it's something I know a bachelor might want to know. Sorry mom!

This wealthy Texas suburb was settled by German immigrants in the 19th century, like much of the surrounding area. As we go down the list, it is obvious that this affluent town is not on par with the top suburbs on this list, however, with a median home price over $580,000, the people of Hedwig Village live a sweet life just the same. Any list including wealthy suburbs of Houston should have the wealthy city of Hedwig Village somewhere on it.

The final city on the list of the Top 10 Wealthiest Texas Suburbs of Houston is one that should not be overlooked. In 2007, this affluent suburb's name was officially changed from Spring Valley to Spring Valley Village.

Well there you have it, the ten wealthiest Texas suburbs of Houston! To recap, not only does moving to one of these rich cities provide you with great neighbors, it has more Republicans and cooler accents than its comparable counterparts in Illinois and California. Plus, the cost of living is so much cheaper in Texas, you'd have to be crazy to think that your life would be better in those states. If you enjoyed this article, be sure to check out a few of my other articles. 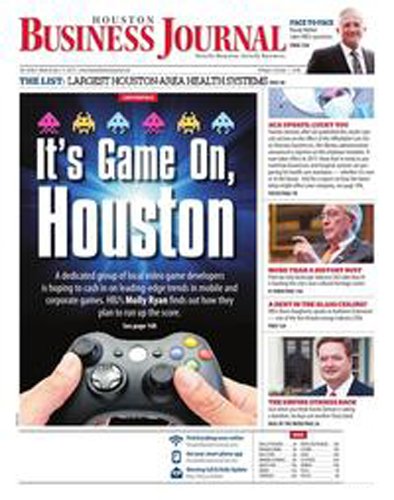