The following general interest guide to astronomy is the best in the business, and includes constellation charts, astro-photography how-to, equipment guides and much more.Â  NightWatch: A Practical Guide to Viewing the Universe Looking for a gift for an astronomy enthusiast in your life? Give them an Amazon Gift Card and let them pick something they need.
InfoBarrel is a writing platform for non-fiction, reference-based, informative content. Opinions expressed by InfoBarrel writers are their own.
InfoBarrel > Technology > Science > Earth Sciences

Dark skies refer to large patches of sky that are relatively free of light pollution, making them perfect for any stargazer. While anyone can get away to a neighborhood park far from street lighting to see starry skies, the view won’t be as good as at a remote area devoid of artificial lighting. That’s because the sky over the park will still have sky glow from surrounding city lights. You’ll be able to see maybe 100 stars at the most at the park, but there are a few places in the world that have such pure and natural dark skies, that you can see over 1000 stars and even the Milky Way and other galaxies.

Credit: http://www.flickr.com/photos/dcysurfer/4949977037/There are national and international organizations around the world that campaign for the reduction of light pollution by raising awareness of the negative impact of artificial lighting on humans as well as animals. There are numerous dark-sky national parks around the world that are protected by governments and are normally areas that surround an observatory. However, the International Dark-Sky Association designates 4 areas on the globe called International Dark-Sky Reserves (IDSR) that are much larger in area and have dark skies so pure that a stargazer would have a fun time trying to pick out a major star from a blanket of others. These are also great places to view celestial events like eclipses, meteor showers and planet transitions from.

The International Dark-Sky Association or IDA[1] is an international organization whose mission is "to preserve and protect the night-time environment and our heritage of dark skies through quality outdoor lighting." It is the largest member of the dark-sky movement.

In June of 2012 they added the largest IDSR to their worldwide list, making it just the 4th such area on the globe.

In 2013, the newest reserve to be added to their list is the Brecon Beacons National Park located in Wales, UK.

Here are the 5 International Dark-Sky Reserves listed from the newest addition to the oldest.

Want to see a population of sheep 30 times more than that of humans? Brecon Beacons is 520 square miles of hills, farms and forests that are home to 33,000 people, but is within reach of a million.

While the park does see some effects of light pollution, the skies are still excellent for nighttime stargazing. The reserve has made serious strides in replacing polluting lighting with dark sky friendly lighting, and aims to reach its goal of 100% within five years.

The Cardiff Astronomical Society organizes stargazing events[3], but in addition to that, the park offers small towns, walking and hiking trails, stunning scenery, waterfalls, caves, castles, priories and other attractions that appeal to families. You can take a ride on a steam train run by Brecon Mountain Railway, visit a coal mine, take a cruise on a canal or visit the Blaenavon Ironworks Heritage Centre and the Abergavenny Castle and Museum.

This reserve, comprised of the Aoraki/Mt. Cook National Park and the Mackenzie Basin, is the newest and largest of the 5 certified dark-sky reserves. Situated in the South Island of New Zealand, it is a massive 1,600 square miles in area, and includes the Mackenzie Basin, Aoraki/Mt Cook National Park, and the villages of Lake Tekapo, Twizel and Mt Cook[2]. The St. John observatory that is housed in Lake Tekapo, has been aided since 1980 by local light control measures. These measures were put in place to also protect wildlife, conserve energy, and attract stargazing tourists. UNESCO promotes dark sky conservation for future generations and has recognized that this reserve also helps preserve Maori culture, as these first inhabitants of New Zealand used the stars to navigate and as part of their folklore.

Since this is the only southern hemisphere dark sky reserve and the best place from where you can explore the southern sky, astro-tourism in the region has gone from strength to strength.  In addition to having the darkest skies in New Zealand, the number of clear nights in the year is extraordinarily high with a very stable atmosphere. While having plenty to do at night, a stargazer can also explore the skies during the day or hike around the spectacular region that is bounded by alpine ranges to the west and east. The region has four companies that offer day and night sky tours and educational programs. Depending on what catches your fancy, you can choose to:

Credit: http://www.flickr.com/photos/mistressf/737491976/This reserve in Africa is also one of the continent’s largest nature preserves, with starry skies lying over its mountains and sand dunes. Added onto the list in May of 2012, it is the dark sky reserve with the largest population of wildlife that will benefit from the extra protection against light pollution. It has one of the darkest skies in the world, as its closest communities are small and around 60 miles away. In the middle of the reserve is the Namib Desert Environmental Education Trust (NaDEET) Centre, which carries out environmental educational programs on the earth and sky, and teaches about the importance of the night sky to the Namibian heritage. In addition to dark sky preservation, the NamibRand Nature Reserve helps protect the wildlife and ecology of the southwest Namib Desert by preserving biodiversity and the migratory wildlife routes[4]. Astro-tourism visitors to the reserve pay a park fee and can stay overnight in lodging ranging from basic camps to five star luxury resorts. By day you can take a safari or ride in a hot air balloon.

In 2011, the Exmoor National Park, covering 267 square miles in the southwest of England, became the second International Dark-sky Reserve. Since the park is relatively small, it was at the time in danger of losing a major chunk of its dark skies when the IDA gave it its status, thereby helping to arrest the onslaught of sky glow from nearby cities like Cardiff and Swansea that lie to its north. It comprises parts of the Devon and Somerset counties. More than 10,000 people live in rural communities within the IDSR. The park is extremely accessible because of its proximity to urban areas, but the feeling of remoteness and tranquillity that you get here is quite rare in most other parts of the country. The Exmoor National Park Authority conducts educational events on astronomy where people can learn about light pollution and dark skies. There is also a planetarium with exhibitions of the night sky. The best spots from which to stargaze are Holdstone Hill, County Gate, Brendon Two Gates, Webbers Post, Anstey Gate, Haddon Hill and Wimbleball Lake[5].

The park supports an abundance of wildlife that live in a variety of landscapes, from moors, farms, forests, valleys and cliffs ending at the Bristol Channel. With excellent pathways for walking, horse riding and cycling, you also have the opportunity to see preserved roman fort ruins, burial mounds, medieval villages and Victorian industrial works. The park authority conducts various outdoor sporting events throughout the year. While you can camp in various locations around the reserve, there are plenty of cozy bed and breakfasts to choose from too.

The Reserve at Mont-Mégantic, Quebec, Canada

The very first reserve, designated by the IDA in 2007, comprises the municipalities of Granit and Haut-Saint-François and the City of Sherbrooke in an area of 2,125 square miles in Quebec Province. The core of the reserve is the Mont-Mégantic National Park. The project to stop light pollution in the area started in 2003 and has been led by ASTROLab, the Educational Center in Astronomy, which houses a public observatory[6]. The park also houses a professional observatory that belongs to three universities in Quebec. The light abatement project was started because the darkest sky in Canada was threatened by sky glow from various small communities surrounding the park, and the functioning of the observatory was being affected. By being designated as an IDSR, the reserve is now protected through various lighting controls that have been placed in all surrounding communities. The ASTROLab conducts astronomy workshops, exhibitions, multimedia shows and tours of the observatories.

In addition to astronomy, you’ll also find history and nature related activities at the park. Trails in the landscape lead from colorful mixed vegetation at lowers altitudes to coniferous forests that culminate at the summit of Mont- Mégantic. The park gets a vast amount of snowfall in winter, so you’ll have access to various winter-related outdoor activities. Lodging within the park is quite rustic and in the form of huts and tents, but offers accommodation for groups of all sizes.

No stargazing session is complete without a few essential items to enhance your experience. Most guided astronomy tours will give you shared use of a telescope and sometimes binoculars, but it’s best to have your own equipment if you’re truly interested in getting the complete experience.

If you want to take stunning pictures of the starry sky, you’ll need a good DSLR and preferably a fisheye lens. This lens is an ultra wide-angle lens designed to produce great visual distortion and meant for a wide panoramic or hemispherical image, making it perfect for astro-photography. 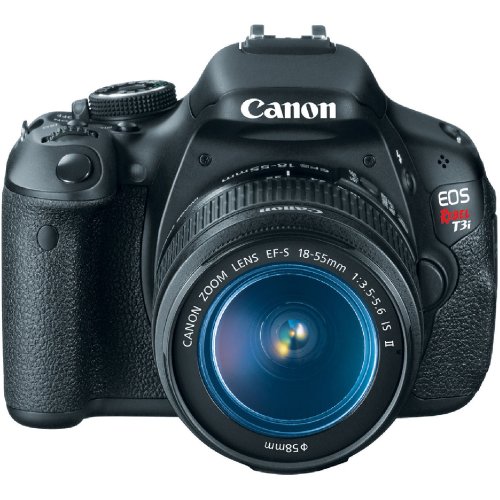 The other piece of equipment you’ll need is either a telescope or a pair of good binoculars. Even though stargazing in dark-sky reserves can be done with just the naked eye, you’ll have a more varied and deeper experience viewing the stars and planets through one of these optical aids. They are even more necessary when viewing the skies in areas that are not as dark. A casual viewer or beginner can stick to binoculars. Don’t assume that the higher the power, the better it is. While a higher power is better for penetrating through light pollution and observing things like star clusters, double stars and certain objects like the moons of Jupiter, it also narrows the field of view, making finding stars tougher, and magnifies star bouncing if it is a hand held piece. A power of 10 is the best for these reasons. While casual observers can get away with a cheap pair, serious amateur astronomers should get a quality one.

For astronomy enthusiasts, nothing beats having a good telescope. Even beginners can find some really good ones that are easy to set up and are great for terrestial and celestial viewing.

If you’ve decided on a telescope, the most important aspect of an astronomy telescope is the aperture. You could even consider a computerized telescope where you can easily find a particular star or constellation just by entering in a code. These and other aspects should be taken into consideration when choosing one. 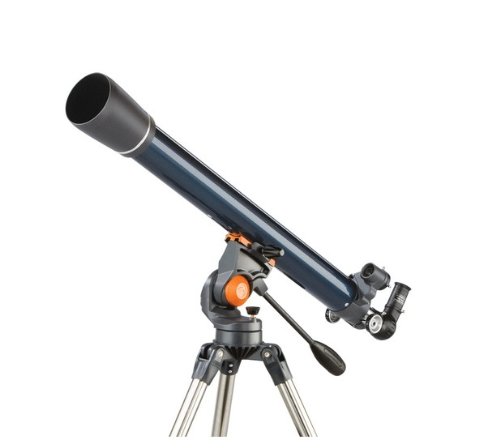