It is articles like this, written forÂ article sitesÂ of good reputationsÂ which earns passive income. The more articles of an informative natureÂ and the more time given for the article to age the better the passive income grows. If you too would like to start earning passive income through writing your first 100 articles then infobarrel is the place for you. If you're looking for party ideas, check my blog, Gifts, Parties and Life Oh my! Â
InfoBarrel is a writing platform for non-fiction, reference-based, informative content. Opinions expressed by InfoBarrel writers are their own.
InfoBarrel > Entertainment > Film > Movies

Five Top Classic Movies with Dogs as the Protagonist

There are movies which are well-remembered and which even the younger generations may enjoy. I know I loved watching movies that my own grandparents and parents grew up with at the nickel theatre and on their television screens.  And some of them had dogs as a, or one of the main protagonists.

Credit: cjewell on flikr and wikimedia commons     It is difficult not to love mans best friend, and even more so difficult when one watches a movie about the deep and abiding love a canine companion has for their human. Or for that matter, a litter mate. And these movies have one wanting to watch them over and over again. They leave a deep impression in our hearts and may even make us wonder about our own, or another's dog.

While, hopefully, none of our own beloved furry friends and family members have gone through what the characters which are portrayed in these films have gone through, they are no doubt just as loyal. Always remember to love your dog, or any animal you have as a part of your family. Because, they are.

Credit: Skansken on wikimedia commons    Old Yeller might not be everyone's cup of tea, particularly because of the ending, it is however a classic. One movie with a dog as a focal point of the plot that should not be missed. However, if you're going to watch it for the first time with your child or grandchild, you should be prepared to answer any and all questions that might arise during or after the film has been watched. You may want to discuss before or right after the movie what took place. Some children, no matter their age, may or may not understand.

It would, behoove you, however, to keep their dog, if they have one, around. Reassurance is always good after watching a potentially tearful and moving film. And also a reminder to get your beloved canine companion up-to-date on their vaccinations.

4. Where the Red Fern Grows

Credit: wikimedia commons   Yet another classic in the realm of films with dogs as one of the protagonists and  focal points is Where the Red Fern Grows. It shows not only the love between his boy and his dogs, but between littermates. Heart-wrenching as well as heartwarming at times, it still remains a re-watchable movie for the whole family. As with Old Yeller, however, if one is going to watch it with a child quite young, it is advised to discuss any concerns they might have during or after, or even before viewing.

The main character Billy Coleman works to save up what he can in order to purchase a pair of redbone coonhounds  and does in the end have his dream come true when he buys two coonhound pups, which he names "Old Dan" and "Little Ann."[1] Billy has many adventures with his beloved dogs, but some adventures may prove a little more than any of them can handle.

Credit: Willybu on wikimedia commons    Another movie where some of the protagonists are of the domestic canine variety, is that of a well known tale, Homeward Bound: The Incredible Journey. Although it is not the original disney production titled The Incredible Journey, it follows the same basic plot. Two dogs and a cat trying to get back home to the people they love most. Both are classics, however the one with the wise Golden Retriever, Shadow, the sassy seal point Himalayan known as Sassy, and the  young goofball American Bulldog, Chance, is far more re-watchable. Perhaps in part due to Chances antics and because they were given voices, not just a narrator telling the story.

Credit: Syed Zillay Ali on wikimedia commons     However, they should both be viewed. Those whom have only watched one, but not the other, should take time to view it. Those who may have watched neither should watch the original, The Incredible Journey, first and then proceed to watch Homeward Bound: The Incedible Journey.

There is no denying, that dogs and cats love their human caregivers and there are those loyal enough to embark on their own incredible journey. As with the tortishell feline, Holly, and various other beloved cats and dogs.

This film is sure to please the whole family with two dogs and one cat as the protagonists. 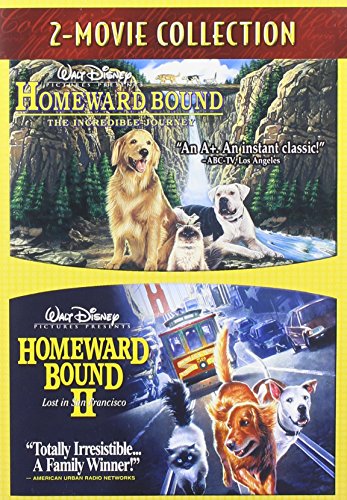 Credit: Mulberry Square Productions and on wikimedia commons listed within the public domain     Whomever has never seen or heard of Benji is really missing out. This is one star (or actually more than one star) who cannot be missed. There have been various Benji movies played by the original dog and his descendants who were all wonderful dog actors. A beautiful and talented dog who began his career when rescued from a shelter. And if not all of the Benji movies from the 1970's and 80's are classics, certainly the debut one is. Although my personal favorite is Benji the Hunted where Benji is not portrayed by shelter dog Higgins, but his daughter, Benjean.

What could be more fun than to sit back, relax and watch with the family a movie about a dog whose out on a mission to make sure the law knows exactly who the real bad guys are? While Benji might not have super powers, he's still one super dog.

Credit: Photo by sannse at the City of Birmingham Championship Dog Show, 30th August 2003 and found on wikimedia commons     Now if one hasn't heard about Lassie, then they are truly missing out. She is iconic, albeit played by a male rough collie, and a rich part of television history. While Lassie was far from being the first dog on the screen, she is well known. Even Caesar Milan, the Dog Whisperer adores Lassie. And the movie Lassie Comes Home, is just one of many media portrayals of one intelligent, loyal and loving animal.

This is perhaps the most rewatchable of all the aforementioned films, because she was taken in and loved twice, but could not forget her boy. And unlike the dogs and cat within The Incrdible Journey and Homeward Bound, she had no companion with whom to travel and faced many dangers on her way home to the boy she loved and whom, somehow, surely she knew, loved and needed her too. Unless you've already seen it, you'll need to watch Lassie Comes Home to find out whether or not she and her boy were reunited in the end of this beautiful classic tale where a dog is one of the movies protagonists. 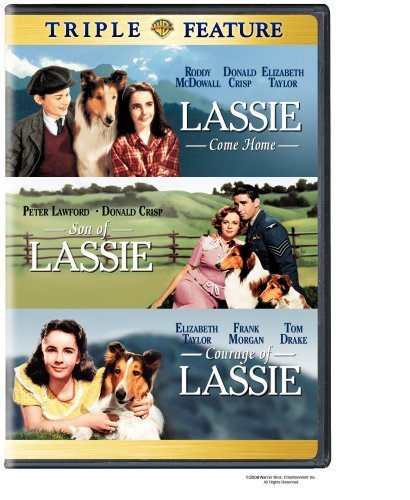