Ah, France. Known for their wines, cheeses, and general culture. Not often recognized for their terrifying contributions to the horror genre of movies. There are films aplenty from France in the sappy love genre, but horror? They aren't well known for their horror. However, oddly enough, the most mentally damaging films I have ever seen came from France, so there is definitely something there. French horror isn't ghosts and demons as Asian horror might be, most of the films draw on the horrors that can be present in real life. It is the possibility that these things could actually happen to you that makes the films so traumatic.

Martyrs follows the story of two girls. One was tortured as a child by her kidnappers. She along with her friend Anna, who was also the victim of child abuse, descend without hope on a bloody quest for revenge against her tormentor. Lucie descends into madness during the journey and Anna, who is left alone begins to re-experience what Lucie did during her childhood.

There is no good way to write a synopsis about this movie without spoiling what an utter mind f*ck Martyrs is. It starts as a somewhat fun plot for revenge, however before you even realize it the movie morphs into something else. A terribly depressing, message filled overwhelming pile of sadness. It really makes you think about the nature of humanity, it just leaves you terribly empty inside. A great watch though, if you have the stomach for it. Seriously. 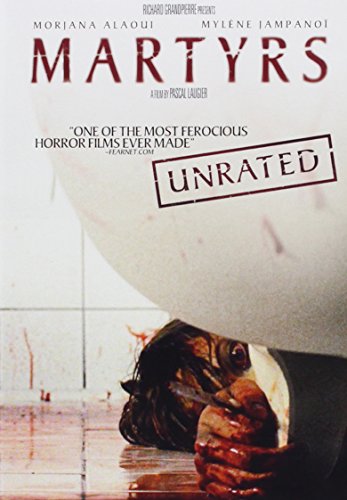 Irreversible documents the night of traumatic events in Paris as they unfold in reverse order. It follows the story of the beautiful Alex as she is raped and brutally beaten to near death. her boyfriend and ex-lover take revenge into their own hands, which leads them to a transsexual club.

Again, another movie that will literally leave you feeling raped. It is an excellent look at the destructive nature of cause and effect. What's more, the movie is difficult to explain, it is complex and at the end will leave shocked and reeling over it. It details brutal onscreen rape for ten minutes that literally makes you feels though you were the victim. The thought of justice through the boyfriend and ex-lover characters is a brief respite until you find out they had made a horrible mistake at the end.

This was my first exposure to French horror and it made a hard impact. The director wanted viewers to feel as though they too had been raped at the end, and he very successfully succeeds. my brain feels the stress rising again just talking about it. 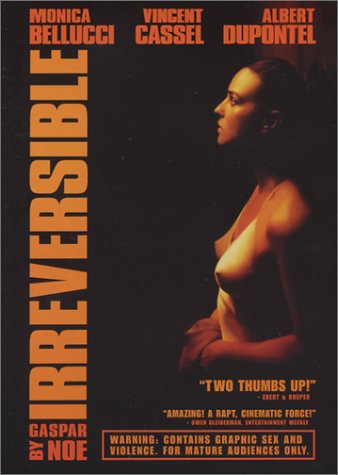 Alexia and her friend Marie are two college friends in dire need of a vacation. In lieu of sun soaked beaches they decide to stay at Alexia's parents house in the country for awhile. They arrive late at night, only to be welcomes by Alexia's father. However, later in the night a killer breaks into the farmhouse. In which he slaughters Alexia's family in mass, so thoroughly that he even kills the dog and kidnaps Alexia. Marie hides from the killer and after he is gone goes on a great quest to chase the killer, rescue Alexia and discover his identity.

Unlike the previous two movies, this isn't as mentally damaging. It is your traditional slasher movies, with a nice twist at the end. However, that doesn't mean it is your boring old run of the mill movie, there is a lot of graphic imagery soaked in buckets of blood. It's a good movie about obsession and sick fantasies all bundled up in what is essentially a fun horror movie.

A virus is ravaging humanity, turning them into bloodthirsty and violent zombies-like creatures in which brutally kill any living thing they come into contact with. A couple, Marco and pregnant Sonia, are desperately trying to flee these "mutants". However, while trying to fight their way out of a military base, Marco himself becomes infected in an attack. Now Sonia must fight her worst enemy yet, the man she loves.

At first glance at the title, it seems this movie would be more akin to The Hills Have Eyes, you know a bunch of deformed hillpeople attacking tourists, something like that. However, it is actually a misleadingly named zombie movie. While the zombies are referred to as mutants, they are pretty much zombies. This movie is a pretty standard zombie flick plot wise, however the zombies have a titillating hobby of beating their victims bloody before actually killing them. It's a great flick for zombie and horror fans alike.

In Paris, during the riots due to the election of a conservative candidate to the presidency of France, a group of four Muslim small-time criminal teenagers from the periphery; Alex, Tom, Farid, the pregnant Yasmine, and her brother Sami, plan to run away from Paris to Amsterdam with a bag full of robbed money. However, Sami is shot and the group split up, with Alex and Yasmine going to the emergency hospital with Sami while Tom and Farid head to the border with the money. Tom and Farid decide to stop in a bed and breakfast nearby the frontier, and are hosted by Gilberte and Klaudia that offer free room and sex to the newcomers. They call Alex and Yasmine who are fleeing from Paris to join them in the inn. But soon they discover that their hosts are sadistic cannibals of a Nazi family led by the deranged patriarch and former SS officer and Nazi war criminal Le Von Geisler who plans to make Yasmine the brood mare for a new Aryan master race.

Apparently, French theaters would hesitant to show this movie because of the intense graphic imagery. That just makes it all the more tempting. If theaters don't want to show it, you know it has to be good! It is too, it has the sort of fevered violent and madness that accompanies Texas Chainsaw massacre, but with cannibal Nazis. The movie just has a lot of energy, so there down times are few and far in between.

Clementine, a teacher in a French School in Bucharest, lives with her husband, Lucas, in a remote real estate in Snagow. During the night, Clementine is woken by weird noises outside their house, and Lucas sees their car being stolen. The lights are turned off, the phones are disconnected and they see that they are no longer alone. When weird lights appear outside, they hide in the cellar and try to call for help from what could be a dreadful night of pure terror.

An awesome movie to watch at night in the dark, it is a thrilling ride of paranoia and will fill you with dread. The characters are kind of blah, in my opinion, but the story is a wonderful and torturous ride. What makes this movie even more chilling is that it was based on a true story. Nothing like true stories to curdle your blood.