Deodato, Argento, Bava, Martino - the horror movie genre owes a lot to these brave sons of Italy. That collection of the aforementioned surnames and many more produced wholly unique masterpieces that helped shaped the movies we see today, for better or worse. Perhaps there is something profoundly terrifying in Italy (like the gateway to hell if you believe Dante Alighieri) that allowed these creators to offer up their frightening, gory films, but regardless there is enough Italian horror to keep connoisseurs engaged for a short, well-spent lifetime.

The story of Suspiria follows Suzy as she arrives abroad in Germany to attend a prestigious ballet school. Arriving amidst a storm, no one lets her in and she sees another student fleeing from the school. After finally getting let in, a series of mysterious murders start appearing around her. This leads Suzy to slowly uncover the secret history of the school and the dark acts going on within.

Although a rather uninspired when summed up, the plot of Suspiria proves that posh dancing schools and groups of questionable women are a match made in heaven when it comes to horror.

I'm looking at you, Black Swan.

Anyway, as expected from the "master of horror" (according to some parties), Dario Argento takes everything seriously from the mood to the lighting, all set amidst the buckets of blood. While Suspiria has started to show it's age a bit, the plot remains sound and it still has one of the most brutal murder scenes in a horror movie outside of the gore for gore's sake subgenre that Saw and Human Centipede have carved out. There have been some vague whispers about a remake throughout the years, but the idea seems to have died quietly in a corner somewhere. It's for the best, though. A remake would likely turn this horror classic into a contrived torso full of errant guts.

Black Sunday begins in 17th century Maldavia where Princess Asa Vajda and her lover Javutich are being burned by her brother on the accusation of witchcraft. After masks of Satan are attached to both their faces, their graves are sealed safely...Right up until some ponce comes and breaks the seal in the modern day (i.e. the 1960's when this movie was made). With an ancient witch ghost set free, she seeks revenge on the descendants of her brother, one of which is a woman that has fallen in love with the man who had set the ghost free.

Black Sunday, occasionally referred to as the Mask of Satan, still remains one of the more original ghost tales out there. It is not just because they did several of the common tropes before they were tropes, but it puts in the effort to explain why the ghost is back  and murderously angry other than the usual "ghosts are bad, mm'kay?"

As an additional factoid, Black Sunday is also occasionally cited as the inspiration for Tim Burton's dark and Gothic worlds as it is one of his favorite movies. Thankfully, it is not responsible for the innate sameness in all Burton movies these days, he got that somewhere else.

The Beyond follows resident New Yorker Liza Merril as she steps out of the city and into an old hotel in Louisiana to open the place up again. Although an old blind woman urges her to leave the place, Liza, who had invested her life saving in the hotel, presses on. After a serious of fatal accidents, she probes into the history of the building and discovers a dark, fatal secret. 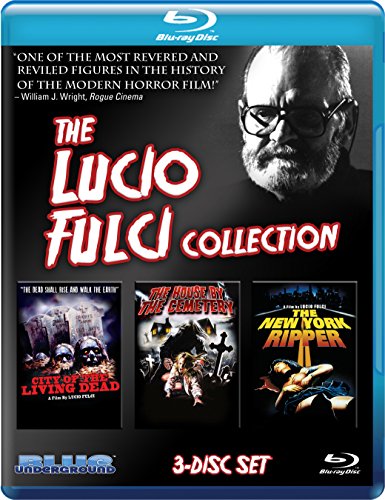 The summary of Cannibal Holocaust is essentially summed up in the title. The story focuses on a rescue teams that is sent in to find a documentary team that has not returned after going to film cannibal tribes deep in the Amazon. Eventually, their footage is recovered and the events that transpired are unravelled.

Although it has been recently tackled to the ground by Human Centipede and A Serbian Film and had the title wrested from its sweaty hands, Cannibal Holocaust was billed as 'The Most Controversial Movie Ever Made' for a number of reasons. As the title and summary might suggest, there be some people eating going on here; although, strangely enough one of the most controversial parts of the movie is a turtle killing. Mostly because they used a real turtle and really killed it, much to the chagrin of animal activists everywhere. Regardless, this was the true beginning of the shock subgenre of horror and possibly the found footage subgenre before the Blair Witch Project popularized it. For horror fans that aren't completely dead inside, it gets pretty brutal and does deserve its spot for doing something truly shocking during it's time, even if the shock genre isn't really my shtick.

After the brutal murder of a psychic medium, musician Marcus Daly feels the need to solve the case after discovering the body. Working with feisty reporter Gianna Brezzi, who is looking for a big scoop, the resourceful pair work together to discover the killer before he can strike again.

Like the proof that is in the pudding, the terror in Deep Red is in the tension. If not for the blatant gore, this movie could easily be tucked away as another overlooked entry in the thriller genre. Admittedly, it is more concerned with creating shocking set pieces rather than a precise plot; the way it unfolds will still leave viewers on the edge of their seats, fidgety and with a tight squeezing feeling in their chest.

Torso follows a group of perky coeds as they seek to escape the various stressors around their campus and the danger from a roving murderer that has police stumped by flocking to the hills to enjoy some relaxation in a villa. Unfortunately, their trip may be cut short when the killer decides to take a trip of their own.

That's right. Even 1980s Italian horror had the occasional teen slasher movie, but Torso does the genre a service. Aside from having an innately tantalizing name, Torso delivers a great story with real, not cardboard cut out stereotype characters topped with a heaping pile of intrigue and mystery that keeps things interesting between all the murder. It is what teen slashers should be, where the plot is actually interesting and the character actually have...character and not just blonde hair and ample chest meat. 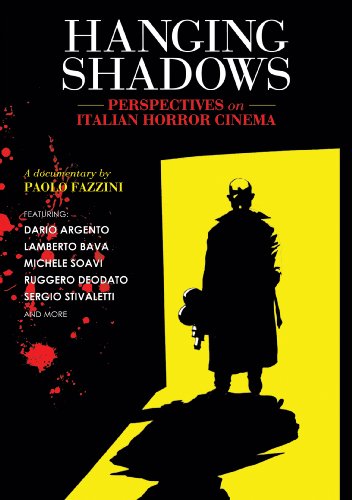