Top 7 Tourist Destinations to Visit Before They Disappear

Ah, Earth. What a wonderful, vibrant and endlessly diverse place to live. From the glaciers in the north to the rainforests in the south as well as everything in between, this planet is a play place for adventurers. Even for those that don't want to explore the endless wilderness, it is still filled with its beautiful man made attractions. Unfortunately, not all things are permanent. Due to changing temperatures, rising sea levels and our own silly interference for the sake of progress, many of the unbelievable sights on this planet won't last to be admired by the next generation. For some top tourist destinations it is best not leave them for the last second, their time here is finite.

It is hard to imagine that Venice, the city of canals and romance, could ever fade from its permanent place on the top the aspiring traveler's bucket list. However, the sad truth is - it's sinking. The city of Venice is technically built on an archipelago of over 100 islands, linked together by bridges and boats that glide through the canals. At a glance today, Venice may seem fine. However, for quite some time the foundations of Venice have been completely submerged in water. This wasn't the case when it was first built and the residents of Venice are  learning the hard realities of their sinking city. Yearly patching up of the crumbling and constantly eroding foundations is necessary and the city is running low on funds to keep Venice afloat. Combined with rising sea levels, it may eventually become a lost cause.

Although some continue to deny it, it is getting warmer out there. Nothing makes this more apparent than the rapid decline of snow-capped mountains and sprawling ancient glaciers. Only a century ago Glacier National Park, sprawling along the border of the United States and Canada, boasted 150 sheets of glacial ice that helped give the park it's name. Today only 25 of those 150 survive. In an estimated 30 years, there may be none, stripping the park of its identity.[3] As the glaciers continue to shrink they not only disturb concerned environmentalists but it affects the entire terrain and ecosystem in the area. Those who once made a living near the area have already felt the glaciers decline as the poor snows have forced countless small ski businesses to close their doors. 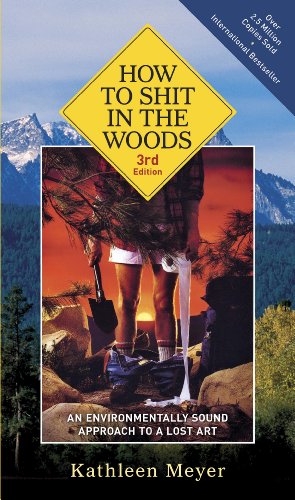 How to Shit in the Woods, 3rd Edition: An Environmentally Sound Approach to a Lost Art Amazon Price: Buy Now(price as of Dec 15, 2016)
Want to travel more environmentally conscious? Give the "Most Environmental Book of the Decade" a try.

The Dead Sea, Israel and Jordan

The Dead Sea, the salty playground of both the achingly arthritic and the curious young adventurer alike, has served as a water source to this otherwise dry region. However, pretty soon the Dead Sea may actually live up to its name.  This massive inland sea that straddles the border of Israel and Jordan earned worldwide fame from its huge salt content. The Dead Sea is so packed full of salty saltwater that visitor's can lay back in the water and float as if they were on a pool toy. The saltwater is also renowned for having healing properties, which have made it a haven for the elderly. Unfortunately, the sea has shown signs of receding since the 1990s. Today, it is estimated that the Dead Sea has shrunk 40% over the years from a combination of global warming and countries harvesting the freshwater sources that see it filled. The shrinkage has not gone unnoticed. The receding waters have left near 1,000 sinkholes around the shorelines in the past 15 years as the fresh water aquifers dissolved the salt deposits until the ground collapses.[4] Archeologists know that the Dead Sea once dried up 100,000 years ago, and believe that the phenomenon could repeat itself again.[1]

Mount Kilimanjaro is a legendary destination among adrenaline junkies. It's glacier-capped, tri-volcanic summit dominates the skyline of Tanzania and nearby Kenya. Unfortunately the ice sheets at the summit are cracking, shrinking and disappearing altogether. The cause of this decline is the same reason this mountain is so popular. Scientists believe that one of the primary causes of the decline in glaciers is excessive land use, which is a nice way of saying people are climbing it too much. To be fair, deforestation and changing temperatures are also to blame, but either way, Africa's highest point is on its way to extinction. At this point, it is speculated that even if they banned visitors to the mountain all together, the damage is too much to reverse.

Although some visit India for the food, culture or booming business sector, all find their way to the country's most iconic tourist attraction. A masterpiece of symmetry, the Taj Mahal may be the youngest iconic tourist destination in the modern age to disappear. This massive Agra tomb built to house the body of the Shah's wife may close to the public sooner rather than later. Although it was the wonder of the construction world when it was built, this 300-year-old marble mausoleum has grown heavy and doesn't have the structural integrity of modern buildings. In 2010, cracks started appearing in the areas of the tomb and the four minarets have started to tilt. The structural integrity of the Taj Mahal strongly depends on the nearby Yamana River, which is polluted and shrinking. Now the normally water damped wooden foundations of the marble marvel are dry, rotting and extremely brittle.[5]

As the most biodiverse place outside of the Amazon, the Great Barrier Reef is the dream for divers worldwide. Every year millions of visitors come to explore the beautiful turquoise blue waters and the vibrant marine life that live within. Sadly, the Great Barrier Reef is dying. Since the 1980s, the coral that makes up the reef and houses the diverse marine species has been undergoing a process called "coral bleaching," in which the coral becomes unable to thrive in the too-warm ocean temperatures and dies, turning a bland shade of white. Estimates state that the entire Great Barrier Reef could be a dead sea of white by 2030 unless drastic action is taken.[2] Unfortunately, the implementation of new preservation techniques would cost Australia millions of dollars that - like the rest of the world - it doesn't have to spare.

You know those little slices of perfect beach paradise in Southeast Asia? The Maldives are one of those places. Just off the coast of India, the Maldives have continuously been praised for their natural beauty. Unfortunately, not only is the beachfront, but the islands themselves, are about to sink beneath the sea. The two chains of islands that make up the Maldives have been at risk of becoming completely submerged for over a decade. On average, it only rises four feet above sea level, making it the lowest country in terms of elevation. The country has announced a plan to become carbon neutral by 2019, but considering the flagrant environmental abuse elsewhere in the world, it may be too little, too late. 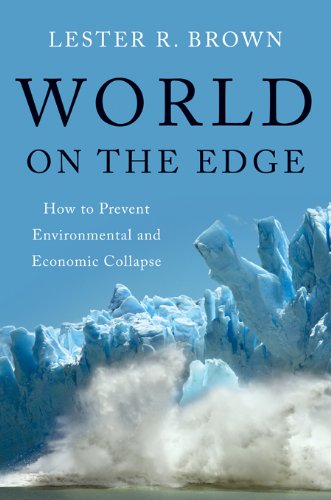 World on the Edge: How to Prevent Environmental and Economic Collapse Amazon Price: Buy Now(price as of Dec 15, 2016)
It may be too late, but maybe not.
Next >> A Punishing Hike to Mt. Ypsilon in Rocky Mountain National Park