Thank you for reading this article. Click here to check out my reviews of the best sales books.
InfoBarrel is a writing platform for non-fiction, reference-based, informative content. Opinions expressed by InfoBarrel writers are their own.
InfoBarrel > Entertainment > Music

Bob Dylan is an iconic songwriter with limited vocal ability. His songs are some of the most covered in music history. Women musicians have performed some of the best Dylan covers of all time. The range of a talented female voice can find meaning and depth that the original songwriter never could. Here are the top 7 women covering Bob Dylan songs.

The Ballad of Hollis Brown

Nina Simone performed many Bob Dylan songs but her live version of The Ballad of Hollis Brown stands out in particular. A version of this song is included on Simone's 1965 album Let it All Out.[1]

The song The Ballad of Hollis Brown is about a poor and desperate farmer overwhelmed by despair. He eventually goes on to kill his own family.[2] It's a basic blues that Simone performs it with a rhythmic intensity to give it layers. She starts the song quietly on the piano and then slowly builds up to singing with loud forcefulness. You can hear the pain of the protagonist in her voice and see it in the eyes of the crowd at this performance.

Susan Tedeschi has a certain amount of authority when it comes to covering Bob Dylan songs. In 1999 Dylan watched her perform and was so impressed he invited her band to open for him on tour.[3] On November 20th, 1999 Tedeschi joined Dylan on stage to play a four songs including Highway 61 Revisited.[3]

Susan Tedeschi has covered other Dylan songs brilliantly. He guitar work and singing are particularly highlighted covering the bittersweet Dylan song Don't Think Twice it's Alright. It's a song about dwindling feelings towards a lover and the mixed emotions about saying goodbye.

Dylan originally released the song in 1963 on Freewheelin' Bob Dylan.

Neko Case recorded Buckets of Rain for her 2003 album Neko Case - Live From Austin, TX. Case stays true to the original with a guitar and bass but also adds a tambourine for percussion. With only three instruments this puts extra focus on the vocalist. Not to mention that there are only five lines in the entire song (the lyrics are simple statements made to a lover). Case is more than capable of carrying the song with her dynamic voice supported by the guitar twang.

Bob Dylan originally released the song in 1975 on Blood on the Tracks.

It's All Over Now Baby Blue

Hole's cover of It's All Over Now Baby Blue is the hardest rocking song on this list. It was previously unavailable on an album but is now on import versions of the album Malibu. It might be a too heavy for some Dylan fans but it is true to the sound of 90s alternative rock.When Courtney Love recorded this song she was a very relevant musical figure.

This version of It's All Over Now Baby Blue is loud but in the more polished style of post-grunge rock music. The lyrics are fittingly melancholy and Love does justice to the song with her raspy vocals. It's loud, angstful, and beautiful.

Bob Dylan released It's All Over Now Baby Blue in 1965 on Bringing It All Back Home. There is speculation that the "Baby Blue" in question might be one of the musicians on this list.[4]

Make You Feel My Love

Adele recorded Make You Feel My Love for her 2008 debut album 19. It was the last single released from that album and reached 26 on the UK singles charts.[5] It has since returned to the charts several times over the years after being performed on various TV talent shows.[5] It's notable that it's Adele's version that experiences the resurgence up the charts and not the original by Dylan (or the many other cover versions). Adele has a way of making the song still her own.

Bob Dylan originally released Make You Feel My Love in 1997 on Time Out of Mind.

You've Got to Serve Somebody

Etta James version of You've Got to Serve Somebody is a soulful interpretation of a song marked another reinvention of Dylan. The religious overtones of the song gained Dylan critics including John Lennon.[6] When James performs it in a gospel style the religious lyrics make perfect sense. Her vocal rank gives the song more layers than the Dylan original. The James version includes a horn section and a guitar solo. The finished product is something you would expect from a musician who is in both the Rock n' Roll Hall of Fame and Blues Hall of Fame.[7]

Bob Dylan originally recorded this You've Got to Serve Somebody in 1979 on Slow Train Coming.

It Ain't Me Babe

The last musician on this list has to be Joan Baez. She's covered more Dylan songs then any any other musician. In fact, she released a whole album of Bob Dylan covers called Baez Sings Dylan.[8] She's also the possible inspiration for the song It's All Over Now Baby Blue.Joan Baez already had three successful folk albums to her name when she met Bob Dylan in 1961. The two were linked musically and romantically on and off throughout the sixties and seventies.

This particular version of It Ain't Me Babe performed by Baez in front of a live audience. This is really the best environment for folk music as so much is dependent on emotion connection. Baez delivers this consistently when she covers Dylan's music.

Bob Dylan originally released It Ain't Me Babe in 1964 on Another Side of Bob Dylan.

Many More Great Covers Out There

It's very difficult to pick songs for a list like this considering the amount of Bob Dylan songs covered by amazing women artists. The number is likely to grow in the future. It would be easy to create a second list of seven and have all the songs be just as strong. If you have personal favourite Bob Dylan song covered by a female musician then please include it into the comment section below. 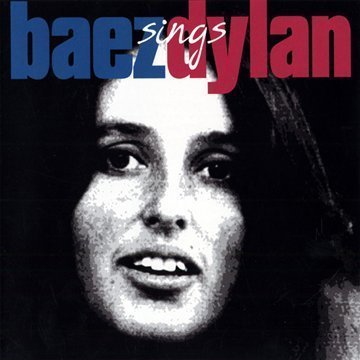 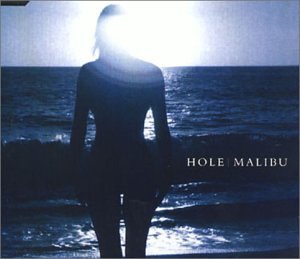