Translations from foreign books can be a problem. Sometimes the translations don’t do the original justice. The worst part is the publisher is translating these series out of order.

Anne Holt and Håkan Nesser are popular Scandinavian crime writers. Their books have been best sellers in several countries, and are now being published in the United States.

Anne Holt is a Norwegian who is an attorney in addition to being a mystery writer. She also worked as a journalist and working in the Oslo police department. She was Norway’s Minister for Justice in 1996 – 1997. 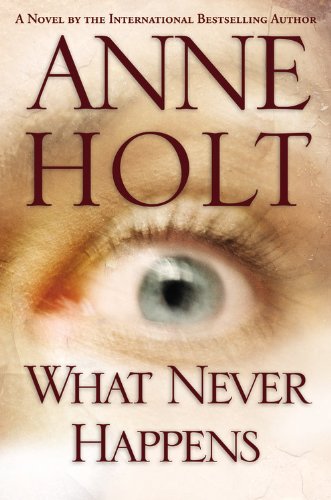 Holt has two series. One features the husband and wife detective team, Adam Stubo and Vik. She is a retired profiler Stubo consults on some cases. The books What Is Mine, What Never Happens, The Final Murder, Fear Not and Punishment are books from this series. Hanne Wilhelmsen is the main character in the other series. Wilhelmsen is a lesbian recluse with a bad temper and confined to a wheel chair. She was paralyzed in an on duty shooting. Blind Goddess, 1222, and Blessed Are Those Who Thirst are in this series. Blind Goddess is the first of the Wilhelmsen series, and predates her being paralyzed and bitter. Both of her series are popular in Scandinavia.

What Is Mine is the first book in the Stubo series. In this novel former FBI profiler, Johanne Vik, investigates an old case. She comes to believe the man in prison didn’t commit the crimes he was convicted for. This ties in to Stubo’s case of missing children. They are replaced with a note, “You got what you deserved.” The book starts slow, but picks up as the plots and characters develop. It is a worthwhile read.

Blessed Is Those Who Thirst is the second Hanne Wilhelmssen series to be translated into English. It is also the second book in that series. The story takes place during an Oslo heat wave. Wilhelmssen and her partner Håkon Sand investigate a shed covered with blood, but no body. Someone wrote a number with blood on the wall. They find these numbers relate to immigrants. It’s a twisted plot with intriguing characters and developments.

Nesser is a Swedish mystery novelist. He has written20 novels, 10 with the popular Inspector Van Veeteren. In Sweden, the Van Veeteren series is almost as popular as the Martin Beck and Kurt Wallandar characters. The inspector works in a fictional city and country.

Nesser’s books have won the Swedish Crime Novel Award three times. His novel, Carambole won the 2000 Glass Key award in Britain. His novels are translated into several languages. Some of his books have been made into movies and television programs.

The Mind’s Eye is the first book in the Van Veeteren series. A school teacher’s wife was murdered, and the teacher has no memory of the time because he was intoxicated. He is convicted and put in a mental institution. Later Van Veeteren investigates the teacher’s murder that makes him doubt the validity of the conviction.

Borkmann’s Point is the second Van Veeteren book. A murderer used an axe to kill and decapitate his victims. They are far apart on the social scale, and Van Veeteren works to find a common element between the murders. 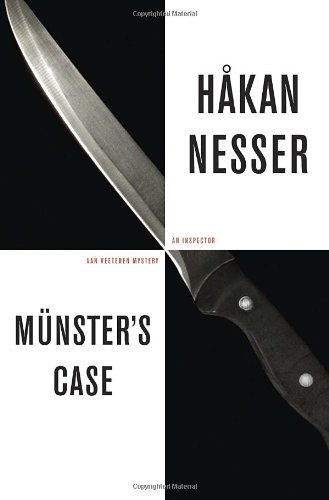