Now these girls are worth voting for...

We often think of politicians as boring - "where ugly people go to become celebrities" as one commentator put it.  However an increasing trend is seeing more attractive women entering the political scene and some of them carry significant controversy with them.  Here are some of the acknowledged sexiest female political figures from around the world.

#10 is former Alaska Governor, past Vice presidential Candidate and current ... well it's unclear what she does other than "be Sarah Palin".

Palin has become a sort of right-wing sex symbol/small town soccer mom gone big.  She can handle a gun, handle a crowd and almost handle her family.

#9 is the President of Argentina Cristina Fernandez de Kirchner.  Born in 1953 she still looks fantastic at 59. In 2008, she was ranked by the magazine Forbes as thirteenth in the list of the 100 most powerful women in the world, being the second female head of government in the list below German Chancellor Angela Merkel. In 2009 Cristina rose to eleventh, but in 2010 she fell to sixty-eighth. In 2010, she was ranked by the magazine Time as second in the list of the Top 10 Female Leaders of the World.        Her unorthodox  economic policies are widely supported by an adoring public that reelected her with 54.1% of the vote.  A serious fashion icon, Cristina is always seen in heels and rarely wears the same outfit twice.  She may not be the fastest dresser though because she has keep world leaders waiting while she gets the look just right. Since her former President husband died she only wears black, but observers have counted over 200 different black outfits.   Here we see her hugging Obama, the lucky guy!

#8 is Sitrida Geagea from Lebanion.  She married the leader of the right wing Lebanese Forces (LF) political party and when he was imprisoned she took over as leader of the banned party.

Geagea is from a wealthy, prominent Lebanese family and gets a lot of coverage in the Lebanese press. [4]

Web savvy Sitrida has a very active Facebook presence with over 26,000 followers[3] and "Sitrida Geagea feet" is a popular Google search.    Why the interest in her feet... hard to say. Must be a Middle Eastern male kink thing.

#7 sexiest politician status goes to Alina Kabaeva of the Russian Federation, who is jaw dropping gorgeous and flexible as hell.  Now the most flexible member of the State Duma (Parliament), Alina is Russia’s most successful gymnast ever with 18 World championship medals, 25 European Championship medals and 2 Olympic Medals

before she retired from competition.

Persistent rumors have her romantically linked to Putin, but both deny a relationship.  It makes for a good sex and politics story though.

For some strange reason, there are thousands of photos of Alina Kabaeva out on the internet.

As the saying goes "guys want to do her and girls want to be her."  Alina Kabaeva is not shy about using her raw sex appel either, posing for racy magazine photos in fur and not much else like the one to the left.

Regardless of how she dresses, Alina is a Russian Doll.

She has an interesting personal webpage in English if you want to get inside her head and not just gawk at her photos.[5]

#6 on the list:  Starting as a reporter who created a scandal by exposing lesbians via secretly taken photos of them in Taiwan clubs, Chu Mei Feng found herself on the other end of unwanted publicity in 2001 when a friend started selling a secretly recorded explicit tape of Chu and her married lover.  Being caught in compromising positions cost her an elected Taipei City Council position and great distress.  Ultimately the scandal caused her to flee the country for greener pastures.  There are more photos out there of Chu but we picked a family friendly one for this list.

After a lawsuit, some serious negotiating, and a failed marriage in London, Chu came back to Taiwan to pursue a singing and acting career.  For her outlandish and sexy history, we include the lovely Chu Mei Feng on the list of the sexiest politicians in the world at number six.

Coming in at #5 on the List of Sexy Politicians is Canadian businesswoman and former politician Belinda Stronach became somewhat of a sex symbol as she rose to national prominence.  She first got into politics by helping to mediate a deal to join the Conservative and Canadian Alliance Parties.  She next ran for, but lost, the leadership of the combined party.  She still ran for the Conservatives becoming a Member of Parliament in 2004[1].

Perhaps not content to stay in opposition , Stronach crossed the floor to prop up the reelected Liberals and was named  Minister of Human Resources and Skills Development and Minister responsible for Democratic Renewal in the government of Paul Martin.  While dumping her former party, she also dumped her boyfriend Peter McKay, the handsome deputy (and former PC) Conservative leader.  There was much speculation she would run to succeed Martin as Liberal leader but Belinda decided against it, perhaps because she does not speak French well or perhaps because she expected the Liberals to lose the next election (they did).

Stronach's beauty is enhanced by her family autoparts fortune and has resulted in comparisons to fellow billionaire Paris Hilton.

Vanity Fair linked Bill Clinton to Belinda Stronach suggesting a possible affair because of an episodic friendship and occasional dinners out. The twice-divorced billionaire auto-parts heiress and member of the Canadian Parliament is 20 years Clinton's junior, but Clinton seems to like his girls a little younger.  As least she is higher class and better looking than some of the women Clinton definitely fooled around with.

#4 is Italian Member of Parliament and Government Minister Mara Carfagna.  She has been voted the world's sexiest political figure in a number of polls - and what a figure this former showgirl and topless dancer sports!

While her past career pursuits have generated lots of tongue wagging, in 2011 more controversy came to Carfagna when allegations that she had an affair with government turned opposition member Italo Bocchino surfaced.  Bucchino's long suffering wife said she had known of the affair for several years but that it was over.  The wife is not very forgiving though.

In an interview with the Italian edition of Vanity Fair, the aggrieved and long-suffering wife, Gabriella Buontempo, 44 was asked about the rumoured existence of compromising photos of her husband and MP Maria Carfagna said that “Italo insists that he’s broken off the relationship”.  However when the editor of a news website allegedly threatened to publish the photos of  the former topless model turned Government Minister and Mr Bocchino, his wife told media “I said that if they existed, he should publish them. It’s not as if I didn’t know that he (her husband) had that relationship."  Ouch!

#3 on our list comes thanks to British Website sexymp.co.uk. [6] This website solicits votes from visitors on which British MP they would most like to sleep with.  At one point the Daily Mail reported that Liverpool Wavertree MP (Labour) Luciana Berger was "on top" as the highest rated woman MP, meaning plenty of British men (and maybe a few British women) would like to shag the sexy brunette rookie MP.

Born in 1981, Berger is a Twitter user who spoke in support of allowing MPs to tweet in the House of Commons during a debate on 13 October 2011. If you want to try your luck hooking up, go to twitter and maybe Berger will twet back from the House of Commons.

However Berger gets edged out to by #2 finisher Caroline Flint because she recently edged out Berger to become the top most desirable female MP - and Flint knows she is really hot.

Flint has been an MP since 1997 and served in Cabinet at one point but her serious sexyness has gotten in the way of politics. Flint resigned from Cabinet in 2009 claiming Prime Minister Gordon Brown was running a "two-tier government", and that she felt that she had been treated as "female window dressing". An article published by the Daily Mail characterised this position as in conflict with Flint's decision to pose for Observer Woman Magazine. Flint commented that her looks were a double-edged sword and that male colleagues would not be judged in the same way.  Flint renewed her attack on Gordon Brown in a newspaper article on 7 June 2009, when she told The Observer that she was not ashamed of the glamorous photo shoot which had upset Downing Street.

#1 on our list of sexy female political figures is Yulia Tymoshenko because not only is she gorgeous but she lead 46 million people in the second largest country in Europe not just once but twice and could lead the country again. She also deserves top billing because she was stuck in jail as a political prisoner and needed all the press she could get.

The lovely Yulia was the target of a suspected government assassination attempt that sabotaged her car early in her rise to prominence. She was co-leader of the Orange Revolution bring half a million anti-government protesters into the streets of Kiev. She is an activist and long time political leader.

Yulia, as leader of coalition governments, was elected Ukrainian prime minister from February – September 2005 and  from December 2007 – March 2010. Most importantly she regularly tops lists of the sexiest Ukrainians in a country famous for its attractive women. All this makes Yulia possibly the sexiest world leader in history.

Unfortunately we are unlikely to see much more of her trademark braids for a while because in October 11, 2011 a Court in Kiev sentenced Yulia Tymoshenko to seven years in prison on what many observers believe are politically motivated falsified corruption charges.  In prison and barred from running for political office during the term of her sentence she can not challenge the government very easily. She was released after the President was ousted in early 2014. Here are some of the coolest, most spectacular, biggest, and most unique controlled demolitions on video.  They are captured from around the world - Argentina, China, the USA, and South Africa.

Top 10 Most Dangerous Airports in the World

An Interesting Book for Political Animals 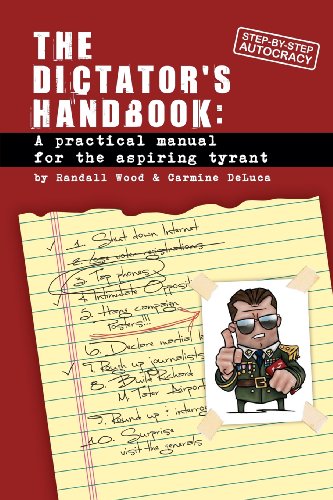