There has been a welcome resurgence in the genre of Sword and Sandal Films and Sword and Sorcery Films in recent years. Nothing beats getting lost in a historic epic or a sword and sorcery style adventure. The modern world craves the sheer majesty of old times, the great warriors, the huge scale and honorable face to face battles, adventures into the unknown lands, vast castles and fortresses and the heroes and legends that were made in those days. When you watch one, you find yourself in the mood for another, so immerge yourself in my list of the top sword and sandal and sword and sorcery films around:

The Lord Of The Rings Trilogy

The Fellowship Of The Ring, The Two Towers and Return Of The King are the three films that make up The Lord Of The Rings Trilogy. If ever there has been the perfect book to films conversion then this is it. J.R.R Tolkien's legendary world brought to the big screen marvelously by Peter Jackson. Its no easy feat to convert novels into films at the best of times, let alone one of this magnitude. Planted firmly at the top of the sword and sandal and sword and sorcery films list.

Set in Middle Earth it follows the Hobbit, Frodo and his quest to destroy the One Ring aided by his companions. Twelve hours of breathtaking scenes, fantastic characters, intense battles and all set to a beautiful soundtrack.

Gladiator set the standard for what all modern sword and sandal films could be. Russell Crowe is perfect as General Maximus in Ridley Scotts epic.

Set in ancient Rome we follow Roman General Maximus as he is betrayed, enslaved, sold as a gladiator and forced to fight in the gladiatorial arena. Rising through the ranks quickly and bloodily with one thing on his mind. Revenge.

Fantastic retelling of the elite Spartans (Spartiates) who fought the legendary Battle Of Thermopylae. This sits comfortably high up in the top sword and sandal films list.

We follow King Leonidas and the 300 Spartan warriors as they pit their unmatched skills and unbreakable phalanx against the advancement of the entire Persian Army and their allies. The effects used when filming keep it all looking nicely like Frank Millers graphic novel from which it was adapted. Bloody, testosterone fueled, sword and spear action from start to finish.

The original Gladiator and daddy of the sword and sandal genre. Stanley Kubricks Spartacus sees Kirk Douglas in the lead role as the slave and gladiator who rebels and leads a revolt for freedom against the Roman Empire. Marvelous battles, great story with deep content. A Classic. 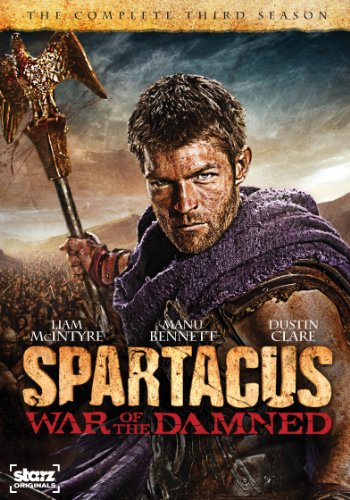 Spartacus: War of the Damned: Season 3 Amazon Price: $29.98 $14.99 Buy Now(price as of May 22, 2016)
Do yourself a favour if you haven't already and get yourself the fantastic Spartacus series. This will more than satisfy all of your gladiator and ancient Rome needs. 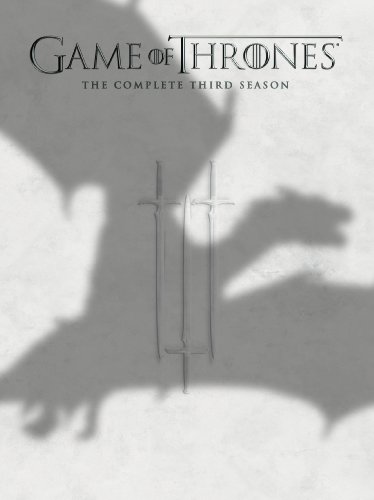 Clash Of The Titans

Not the abysmal 2010 remake but the fantastic 1981 original. This film adapted from greek mythology follows Perseus the son of Zeus and his quest to save his love, the Princess Andromeda while hindered and helped by the Gods along the way.

Set in 13th Century Scotland. The story of William Wallace. Fueled by the murder of his wife, Wallace leads an uprising of Scots to free Scotland from the clutches of the English King, Edward the Longshanks. His victories over his enemies soon earn him legendary status among the Scots and the title of Lord Protector of Scotland. Great realistic battle scenes and deeply moving.

Complete Sword and Sorcery indulgence as Arnold Schwarzenegger delivers the role of Robert E. Howard's Cimmerian Warrior as he unleashes violent sword mastery and vengeance upon the warlord and cult leader who slaughtered his people.

A stunning retelling of King Arthur and the legendary sword Excalibur. Quite a dark affair that covers the whole legend of King Arthur fantastically, The Knights of the Round Table, The Sword in the Stone, Merlin, Lancelot and Guinevere and even the Holy Grail. Also the best use of Car Orff's Carmina Burana I've ever seen.

Sword and Sorcery epic. Dar, a young warrior blessed with the power to telepathically communicate with animals, seeks revenge on the Jun Horde who slaughtered his family while aided by powerful allies from the animal kingdom. King of 80's Fantasy Films. 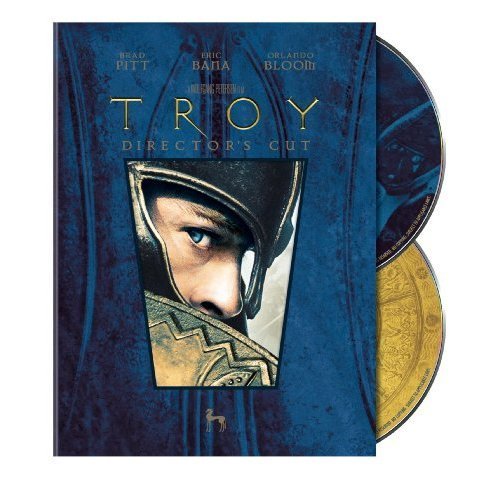 Troy (Director's Cut Ultimate Collector's Edition) Amazon Price: $7.39 Buy Now(price as of May 22, 2016)
Homers Iliad brought to life. A world brought to war by love of two people. Sword and sandal epic. Brad Pitt lavishes the role of the Greatest Warrior of all time, the mighty Achilles. The fight choreography is fantastic as he displays his unmatched sword and spear skills and killing efficiency.

Jason And The Argonauts

Legendary effects from Ray Harryhausen (Clash Of The Titans) bring to life Jason's mythical quest for the Golden Fleece. Aided by The Argonauts Jason must overcome many perils and foes on a quest to claim the throne. 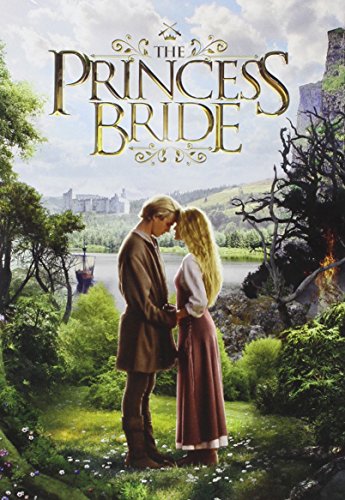 The Princess Bride (20th Anniversary Edition) Amazon Price: $3.59 Buy Now(price as of May 22, 2016)
This had to be included even though its not strictly sword and sandal or sword and sorcery. An excellent swashbuckler. A Sword swinging, fairy-tale, adventure cocktail that has every ingredient that you could want. Â

Now that you're all set up for some sword, sandal and sorcery films, why not find out what the Top Martial Arts Films are and get your kick on.