The Top Ten Most Valuable and Rare Pokemon Trading Cards

The hugely popular Pokémon Trading Game evolved from the video game series. The cards are collectable cards featuring the characters from the series. They were first published by Media Factory way back in 1996. Media Factory, the Japanese company, has produced millions in that time. In the United States, Wizards of the Coast started producing the cards in 1998, and then in 2003 Nintendo took over; with the Pokémon Trading Card Game being their last strong link back to their original activity as a playing card organisation.

Let’s take a look at 10 of the most valuable Pokémon cards in the world.

At number 1, we have the Pikachu Illustrator

It is supposed to be around £20,000 in worth, although there has never been one that has been sold officially on the open market. The card was never produced in the English language and was given away as a prize in a drawing contest in Japan.

There are some myths and legends about the Pikachu Illustrator but it’s thought that there are only four in existence.

These cards are given away in extremely big tournaments. If you enter a tournament and finish in first, second, or third place, you will receive a card that corresponds with your finishing spot. Each year there are only three copies of the cards made and prices vary from around £1,500 to £3,500, depending on the year the card was released.

At number 3, we have the Pre-release Raichu

There were only a few Raichu Pre-release copies printed and these actually have ‘Pre-release’ stamped on them. It’s thought that only around five to ten of these exist and they are worth around £6,500 each, or even more. 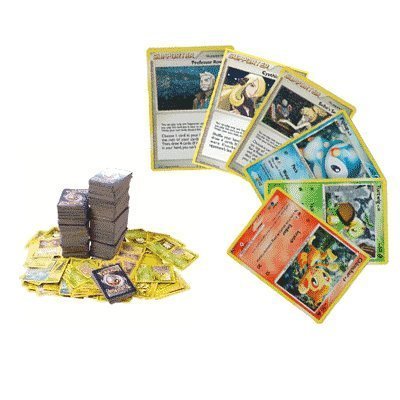 At number 4, we have Half-deck Cards released at the Tropical Mega Battle in 2001

These sets of cards were provided to participants in their own languages. The tournament was in Hawaii and not many people from the United States and from the UK travelled to the location of the tournament. Therefore, the English language set is very, very collectible. It’s thought that around 10 to 12 of the sets exist with two of them actually being proven to be in existence. The sets are worth between around £3000 and £6500.

At number 5, we have Pokémon Snap Cards

A Japanese magazine that focused on Pokémon, called CoroCoro, had a competition where readers took a photograph of their Pokémon game and sent it in. The winners of the prize had cards made resembling their snaps. These cards can cost as much as £400 and a whole set could be as much as £12,000.

At number 6, we have the first edition Charizard

There were several thousand of these made and so there are many in existence. However, the majority are in such bad condition that they are not collectible anymore. When a Mint Condition card comes up on the market, people get excited and prices can go well over £200. Grades of 9+ can sell for even more. These aren’t the most expensive cards on the market, but they’re extremely popular and go for quite a bit. 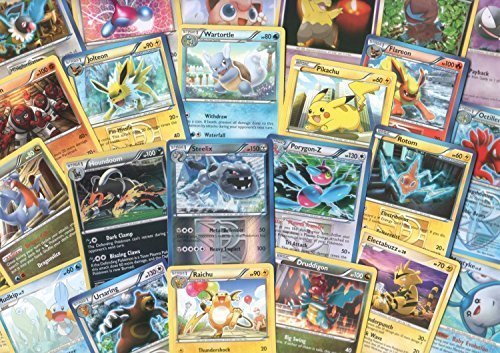 At number 7, we have Shiny Cards: Post Gold and Silver Gen 2 Games

These were the first of the 'shiny' cards and were in different colours to the standard set of cards. They are pretty rare and difficult to come across. The Shining Celebi and Charizard cards are particularly rare. If you find them in decent condition, you’re going to have to spend over £100 to get them in your collection.

At number 8, we have the Southern Island car set

These were released after the second movie: 'The Power of One' (which mainly features around the legendary  birds -- Articuno, Zapdos, Moltres and Lugia). In total, there were 18 cards and a 'specially dedicated' folder for collecting them. When cards are in their original condition, with their sealed packs, they can sell for over £200. When released outside of Japan, these cards were not redesigned and this is one of the few sets in which this was the case.

At number 9, we have Gold Star cards

These were similar to the Shining cards. They feature a shiny Pokemon and cost from around £20 up to around £50; or more in the cases of Metagross and Mew Goo.

At number 10, we have the Full Arts and EX's

These cards are in fact a wide range of offerings to the market. Many of them cost over £13 or £14 and some of the rarer ones go for £40 or more on the open market.

So there you have it, a look at the top ten most valuable cards and card sets from Pokémon. If you see them, and they are at a bargain price, then snap them up, they will probably only increase in value (rather exponentially) in coming years.