I grew up with a lot of anxiety about characters on the screen. Whether it was TV or cinema baddies were everywhere, and I quickly learned that anybody who wasn’t a goody was a baddy. As I grew older I realised that life isn’t as black and white as that and I began to change my point of view on some of those characters. It seemed that I’d been lied to a lot and I think you guys have too. Check out this list and make your own minds up.

The Wicked Witch of the West

Ok, picture this. You’re sitting in your castle one day, looking into your crystal ball, and you spot your sister on her way to Munchkin land. Perhaps she’s off to cause a bit of havoc there; who knows. Anyway, you’re about to holler when suddenly, a house drops on her head. Right out of the blue, an actual house lands on her head and kills her outright. You’d be upset too right? Well of course you would. The Wicked Witch of the West wasn’t a bad person; she just wanted a word with Dorothy because of the whole house incident. She went down there to find out what was up and Dorothy told her that it was an accident. Everything would have probably been fine, except for one major factor that has, until now, been overlooked. The real bad guy of this movie is Glinda. That witch stirred the pot from the beginning by teasing T-Triple-Dub about the Ruby Slippers. Glinda snuck them onto Dorothy’s feet, and caused our witch to flip. No, the Wicked Witch of the West wasn’t a bad guy; she was forced to get payback because of some sarcastic punk ass who was giving her stuff away.

Dr. Evil really can’t be considered as a bad guy. Sure enough, he wants to be, but he just doesn’t have the skill set. Time and time again, he shows us that he really isn’t up to the task. Out of touch, terrible minions, and a distinct inability to command respect from anyone; he completely fails at being a bad guy. The absolute clincher here is his failure to beat what could be considered the worst spy of all time. Austin Powers is a moron, so Dr. Evil must be even more dense. Oh, and I’ll bet that scar is painted on for effect. Fail.

The silver tongued charmer of a drill instructor in Full Metal Jacket is a bully; that much is true, but that’s about as far as it goes. He comes from a time where tough love was still more popular than free love, so he was probably just being strict in his own mind. He may have pushed Private Pyle over the edge, but Private Pyle was weak. Many of us might think that he was a bad guy, but wouldn’t we all love to have the ability and the opportunity to use some of his lines? Does that make us bad guys too? 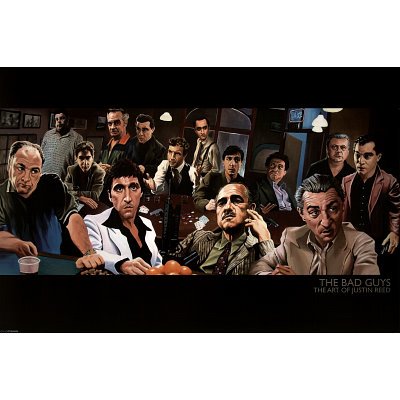 At first, the alien from Predator seems to tick all the boxes when it comes to deciding whether he is a bad guy or not. However, when we look into why he is actually on Earth taking people out, we see that he’s really just some interstellar tourist on a hunting trip. Judging by all the equipment that he’s carrying, the guy is probably the laughing stock of his regular alien buddies. I mean, we all know that guy who needs to own every bit of kit going. The phrase “All the gear; no idea” springs to mind, and I’ll bet that along with the laser blasters and the thermo-nuclear self destruction device, he’s got a whistle and a high-tech space mirror, so that he can signal nearby space ships if he gets lost. Sure the Predator looks bad-ass, but he’s not a bad guy.

Clint Eastwood remembers Little Bill from way back, but we don’t really know exactly what happened in the past. Sure we’ve got a lot of hearsay, but rumors are rumors. All that we know is that he rules his town with an iron fist and that he seems to want to keep things quiet. Sure, now and again, he goes a bit overboard with his style of enforcement, but some people are just a little more highly strung than the rest of us. I’m kind of on the side of Little Bill at his reaction to Clint in the bar too. Clint should have just cooperated, but that wouldn’t have made a good story; Clint hands over the guns and they all lived happily ever after. No, Little Bill had a temper, but he was just trying get a bit of peace and quiet.

I really don’t think that Edward Rooney, the teacher from Ferris Bueller’s Day Off, was a bad guy at all. I was a real delinquent at school, and I drove many teachers to despair. Now that I’m an adult, and have had some experience of teaching myself, I can see why Mr. Rooney was such a dick. Ferris Bueller would have made me want to strangle him too. Seriously, that kid was a punk of the highest order; smug too. Now, when I watch the film over again, I crave an alternate ending where Rooney walks into Ferris’ room with a sawn-off and finishes him like in The Departed. ‘Oh, daddy’s got a Ferrari? Well I make jack doing my job, and I have to run around after snot-nosed douche bags like you too!’ Boom! Credits roll. 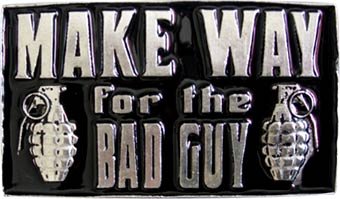 This guy looks like a miserable Rusky, and when the film came out, everyone was allowed to hate the Russians. America was churning out so much propaganda at the time; it was difficult to watch a film that didn’t make them all out to be sub-human scam artists and untrustworthy chess players. Now the world has changed and we’ve realised that Russians are the same as everybody else; we’re all sub human scam artists and we’re all untrustworthy. The only difference is that nobody really plays chess anymore. Seriously, Grand Theft Auto or Chess? Exactly. Anyway, looking back, Ivan Drago was just a guy who wanted to box. He’d trained hard and doubtless, he’d earned his fight with Rocky. Sometimes bad things happen in boxing and in the heat of the moment tempers can flare. Rocky was out for justice, like The Wicked Witch of the West was, but he never gave us the impression that Drago was a bad guy; we made that up ourselves because it was fashionable to hate the Russians. Let’s take a step back now and remember that we really hate everyone the same.

The giant bronze Titan from Jason and the Argonauts stares through you from the screen with his lifeless eyes, and you just know that if you’d been stuck on that boat when he started swinging it around, you’d have been finished too. He repeatedly made attempts to swat Jason’s crew until Hera told Jason how to defeat him. After that he didn’t stand a chance, but let’s look at what really happened on that island. Hercules and his ‘friend’ went off for a wander, and came across Taylos’ statue. Beneath it was a room full of treasures that Hercules decided to plunder against all advice. So, in reality, Taylos was just trying to get his stuff back after two dudes burgled his treasure chamber. I don’t know about you guys, but I would have gone after them too. If I was 200ft tall and made of metal, I’d have had no issues with attacking a little wooden ship full of thieving scum bags, and what makes the scene even worse is that Jason kills him at the end of it. So, I’ve been burgled by punks, I go out to get my stuff back and to kick some butt, and one of them un-screws my heel and kills me? That isn’t fair, and you can best believe that the papers wouldn’t be calling me the bad guy; no way. Taylos, all is forgiven.

Often named as one of the top movie bad guys, and until Heath Ledger died, the top movie bad guy, Darth Vader has strutted his imperial stuff on such lists for far too long. Sure, we’re told that he is really evil, but apart from strangling quite a few dudes, and throwing a few more against walls, what has he actually done? Now I’m sure that some Star Wars expert will give me the low down on the history of Darth Vader, but I don’t care. I’m just a normal guy, and I’ve just got the movies to go by. In the movies, he’s just a dude who walks around in a full gimp suit and looks tough. I’ll admit that he does have a lot going for him in the bad guy ratings because of this, but the one factor that makes Darth Vader a massive failure as a bad guy is that he’s not. Darth Vader turns good at the end and helps Luke defeat the Emperor. How can one of the movies’ greatest bad guys be a good guy? He can’t; I rest my case.

Jaws, ladies and gentlemen, is a fish. I fundamentally refuse to believe that any fish can be evil. Plus, the tree huggers have successfully convinced me that sharks have been reformed and that they no longer deliberately attack human beings out of blind rage. We must now all love sharks because Steve Irwin told me. End of discussion. 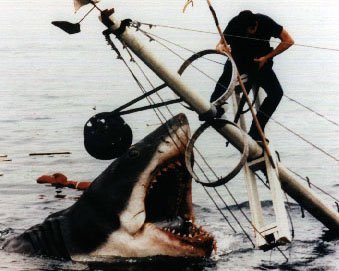